It was a slow start to this seasons fieldwork here on the Isle of Lewis in the Outer Hebrides. High winds (at this time of year the remnants from the various hurricanes battering the Caribbean and USA) and lots of rain kept us on land and indoors for the first week however patience, being a virtue, paid off and we were soon out on the water searching for dolphins!

On that first excursion out into the Minch, and within a very short time of leaving harbour, we found ourselves in amongst a huge pod of around 50 Risso’s dolphins – our focal research species. This however wasn’t to be like many encounters we’ve had in past years as the dolphins were spread out over a massive area, and split into small groups of individual animals. In every direction we looked there was activity. As well as fins surfacing, animals were hurling themselves out the water and into the air only to slam back down into the water. Some were head-slapping the water repeatedly, others tail-slapping and every one of them elusive and making it impossible to approach safely. The majority of the dolphins looked to be sub-adults (teenagers) as their markings were mostly grey with only hints of white. Older animals are more white than grey. Perhaps this was the reason for their boisterous behaviour? Perhaps it was an impromptu meeting and they were all in high spirits? As suddenly as they had appeared, they disappeared and we were left feeling elated yet slightly disappointed that we hadn’t managed to spend more quality time with them (or get any meaningful photo-id photos) but … knowing that they were here was one of the major parts of our research and that made us smile. 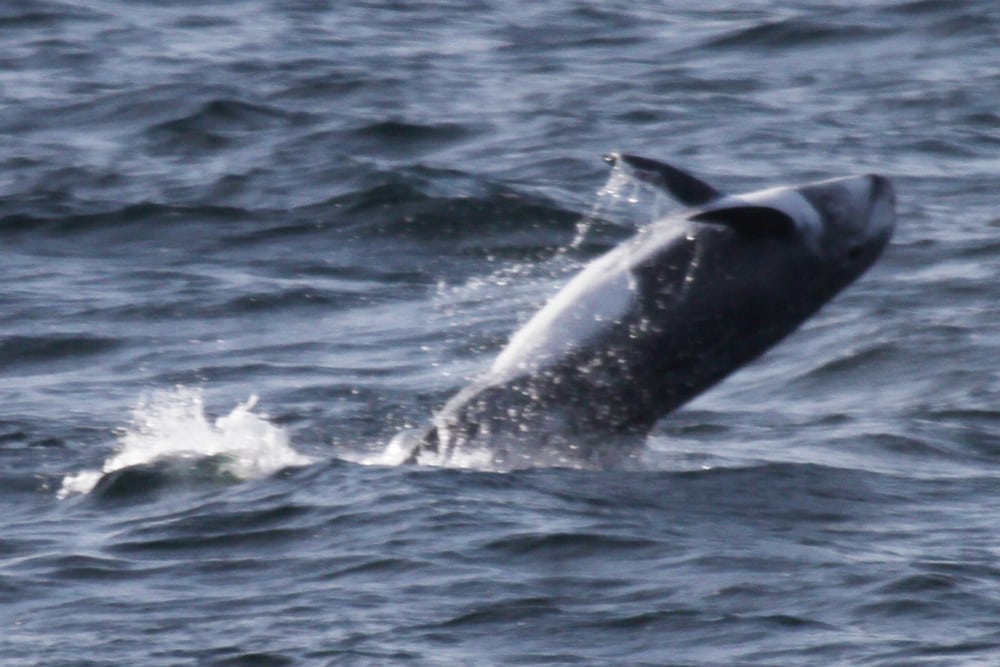 The following day we ventured back out to see if we could find the Risso’s again but after hours of searching had to settle (quite happily i might add) for a few harbour porpoise and an inquisitive pod of common dolphins who came leaping over to ride the bow of our research vessel. 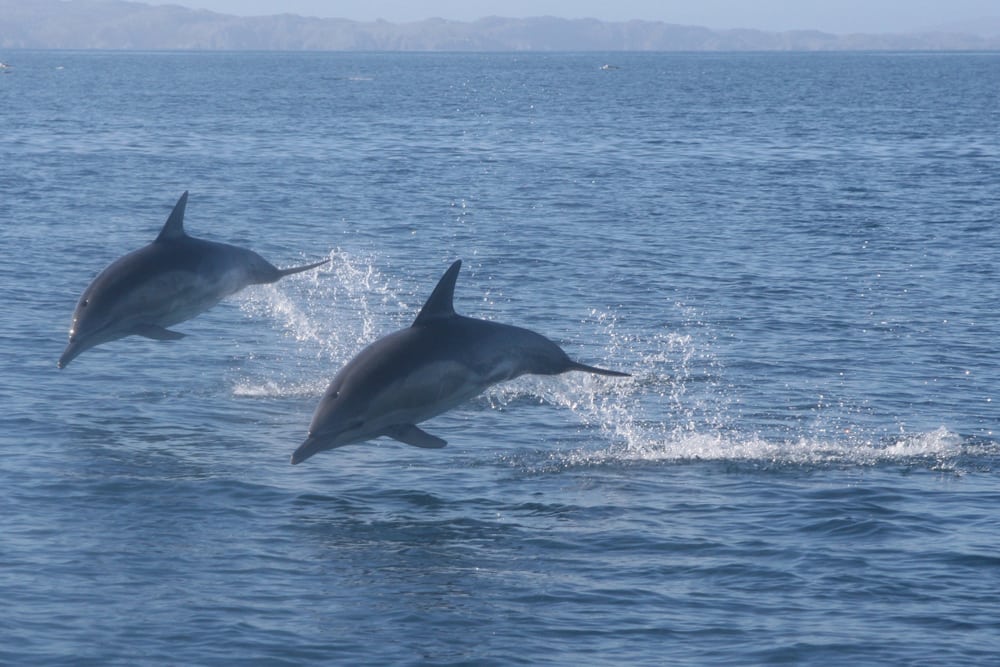 As well as our normal survey vessel – Hebridean Fish n’Trips – we’ve been lucky enough to get passage on Hebridean Whale Cruises, an old fishing trawler converted to run whale and dolphin watching trips out of Stornaway harbour. Between the two of them, in an unprecedented season so far (on these “windy Isles”) we’ve managed to get out on the water every day for the past week!

Every day we were treated to some kind of cetacean encounter – porpoises were a-plenty when conditions were calm (a species that is very hard to spot when even the slightest wave or swell), minke whales small and large were seen feeding and common dolphins delighted us with their desire to play in our wake and ride the pressure wave at the front of the boat – whistling the whole time. On one such encounter there was a pod of around 300 dolphins taking it in turns which meant they stayed with us for almost two whole hours! Even to the seasoned researcher, common dolphins are an absolute pleasure to encounter as they always seem to be full of the joys of spring and generally just loving life! 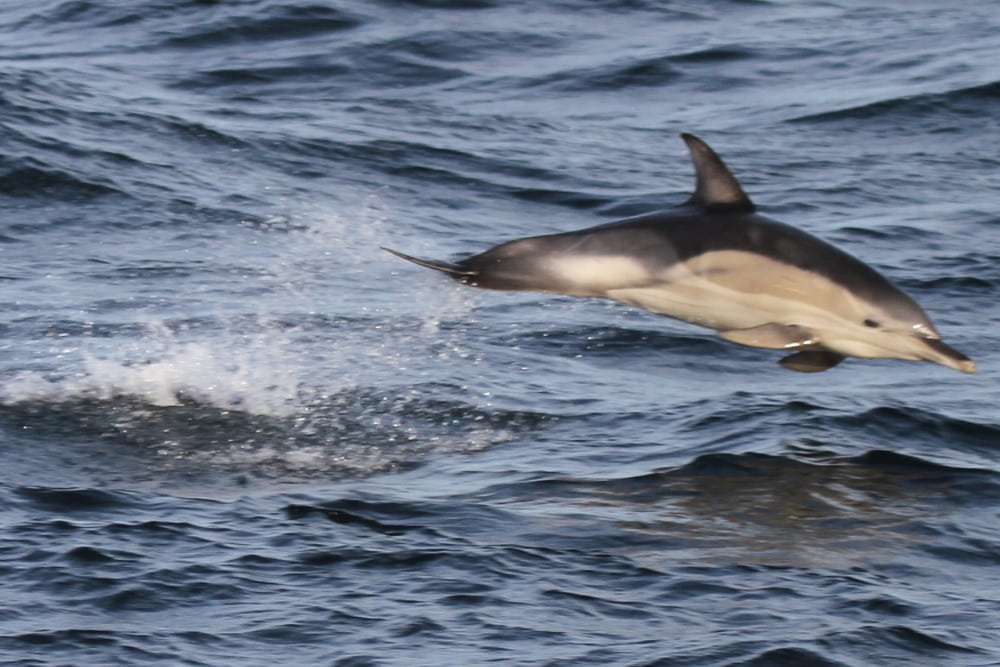 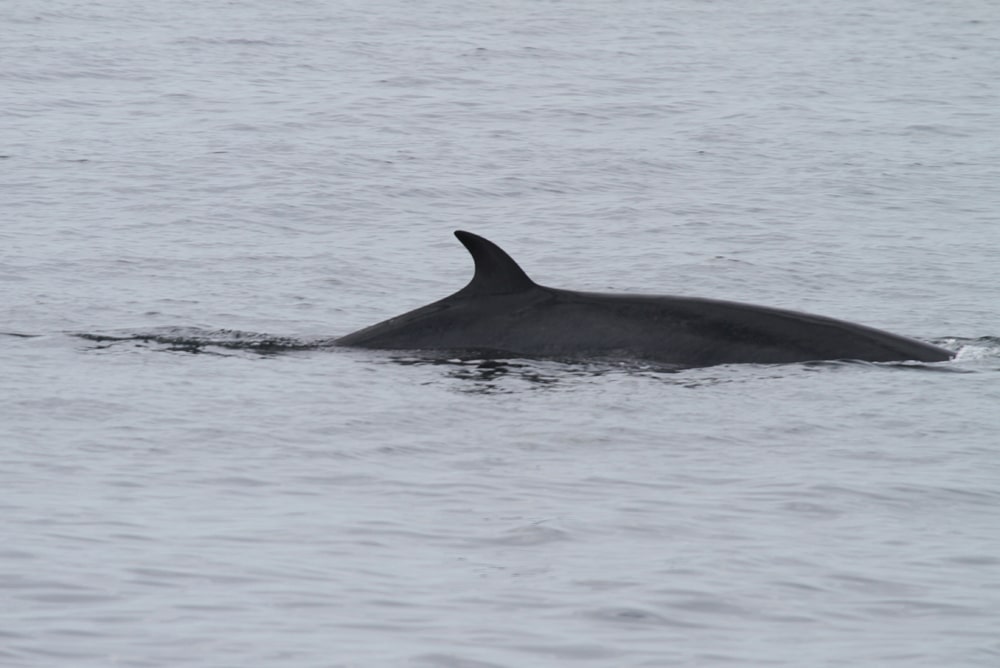 We only encountered one more pod of Risso’s dolphins during this past week, and again they were surface active yet elusive! But there’s still some time to go before this 8th field season comes to a close so we’re hopeful for more encounters to come!

To find out more about out research here on the Isle of Lewis click here!