In sad news during a strange summer for the critically endangered Southern Resident orcas, the Center for Whale Research (CWR) has announced the disappearance, and presumed death, of another matriarch of the Southern Resident community.

K13, Skagit, was a leader in K pod, estimated to be about 45 years old.  Her death brings K pod, already the smallest group in the Southern Resident population, down to just 18 members.  Like the loss of Granny late last year, the death of a matriarch is particularly hard.  Elder females carry knowledge vital to the survival of their families and are important to holding their pods together.

This summer has been an unusual one for seeing the Southern Residents in the Salish Sea, normally their summer feeding grounds.  This is the lowest year on record for sightings of the orcas during the summer in over forty years of the annual census by CWR.  The normal trends have been changing in recent years, as the orcas struggle to find food in their historic feeding grounds.

Prey depletion is the biggest threat to the survival of the Southern Resident community, and can compound the effects of other threats, including toxic contamination and vessel impacts. 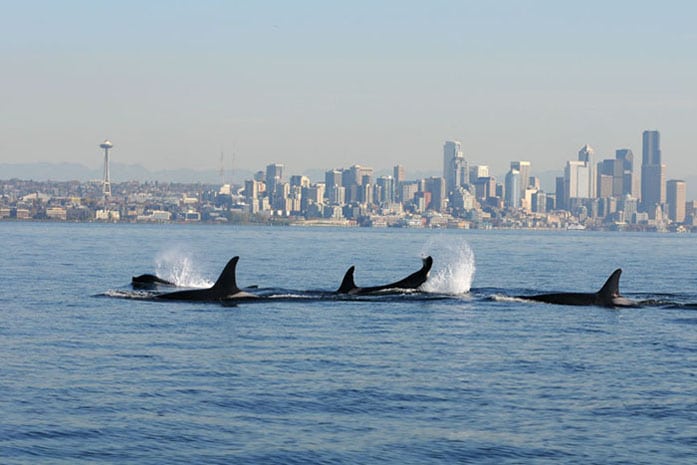 Posted in News and tagged Orca, Southern Residents
Preferences
We use cookies to help give you the best experience on our website and information about how you can support us.
Manage options Manage services Manage vendors Read more about these purposes
View preferences
{title} {title} {title}