The Australian government has been criticised for ignoring the public, local communities and scientific advice after announcing draft plans to cut the network of protected sea areas in the region.

The amended ‘Management Plan for the suspended National Marine Park Network’ proposed by the government now contains devastating cutbacks for some of Australia’s best-loved marine treasures, opening the door to destructive commercial fishing and to oil and gas giants.

Marine protected areas like these are stretches of sea that provide much needed protection for nationally and internationally important marine wildlife like whales and dolphins, and the habitats they use to live in, feed, and breed. The shocking new Australian proposals have ravaged the Sanctuary Zones in the region, in particular the Coral Sea has been reduced from one of the largest strictly protected areas in the world to less than half of that. 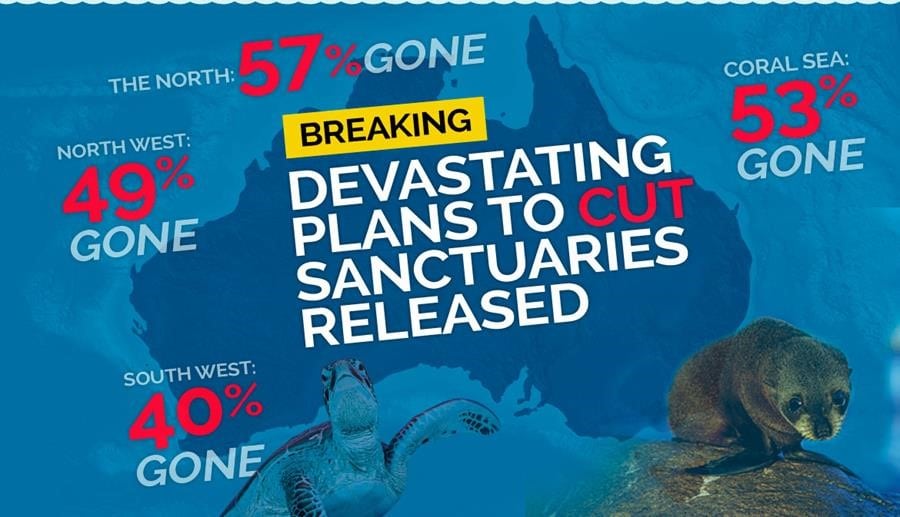 These plans will now be put to the public and local communities. WDC is part of the Save our Marine Life alliance, a collective of the most pro-active groups on this issue, which is running a campaign to encourage people take action and make a submission in support of retaining the previous sanctuary outlines, or sign the petition.

Thanks to the generosity of our supporters, WDC works with governments, international bodies, local communities scientists and other stakeholders to locate, design and implement protected areas in the places whales and dolphins need them most. We will do whatever is needed to protect the oceans.  Help by donating now.