Plans for a huge redevelopment project in China have been criticised by environmental groups worried about the future of the Chinese white dolphin.

The Group plans to reclaim a massive 350,000 square meters to build an artificial island in Big East Bay, a move that could further endanger the local population of Chinese white dolphins.

Fears were raised during a recent public hearing on the potential environmental impact of the project.

This population of Chinese white dolphins, also known as the Indo-pacific humpbacked dolphin, pink dolphin or Sousa, is listed as “near threatened” by the International Union for Conservation of Nature. They are coastal creatures, often venturing inland into estuaries, which makes them especially vulnerable to urban development and other human activity. 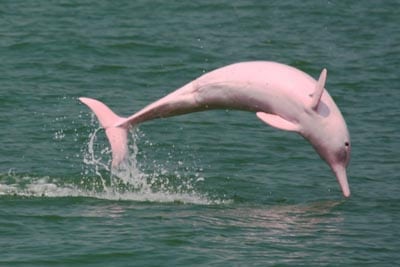