Most people assume dolphins live in the sea. But there is a small, less well-known group that can live hundreds of miles from the coast, swimming in freshwater rivers and lakes. The Amazon River dolphins of South America, also known as botos, are a flagship species and a symbol of the huge range of wildlife in the rainforests.  They are also at the heart of many Amazonian myths and legends.

Swimming in small groups in rivers and lakes, and among submerged trees and shrubs in flooded forests, botos can be found as far inland as the upper reaches of Amazonian tributaries, more than 1,615 miles (2,600 km) from the sea. But their days could be numbered. Nobody knows for sure how many are left in the wild but we know they face many threats.  And worryingly, in many areas dramatic declines in river dolphin numbers have been detected due to illegal poaching. Botos are cruelly and illegally killed and their meat and blubber are used to bait fish. 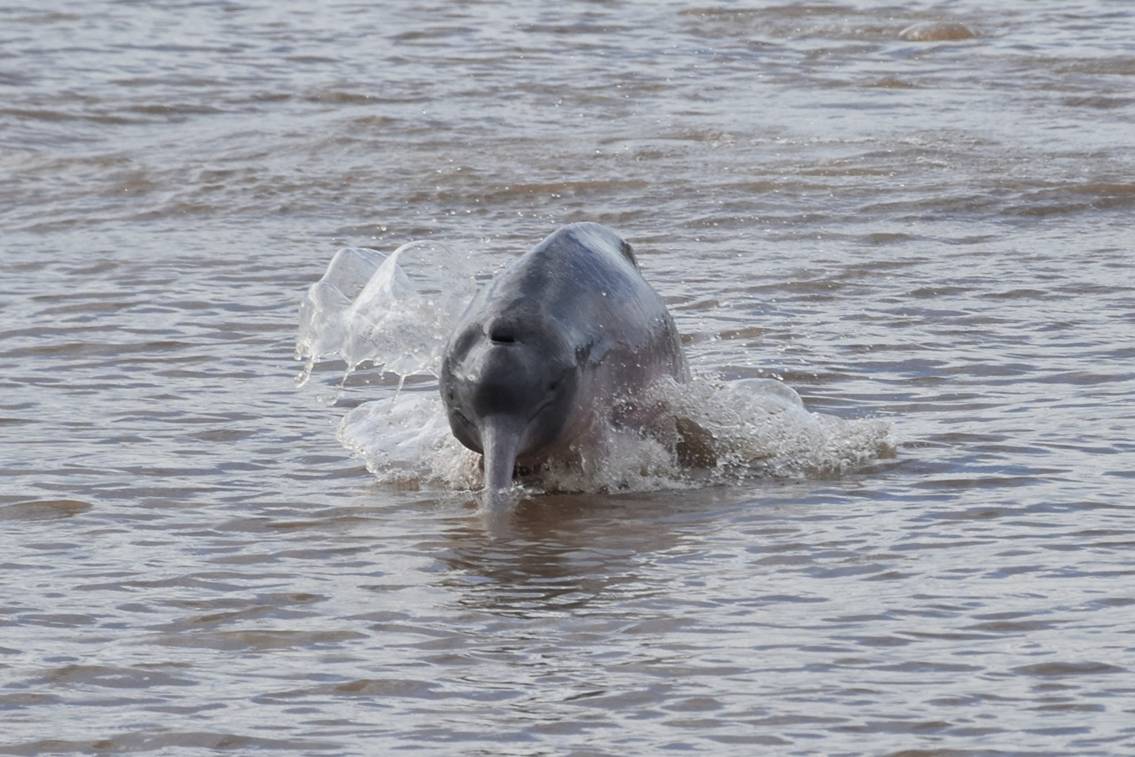 Adding to their troubles is the dam-building frenzy underway in the Amazon. 140 hydropower dams have already been built to generate electricity to fuel economic development, especially in Brazil. Dams disrupt river flow, natural flood cycles and nutrient deposition and they also create impenetrable barriers for species that migrate through river waters. Scientists warn that ‘thousands of species could be affected and may even go extinct.’ They state that the future of the entire Amazon River basin, its diverse wetlands and unique wildlife are in jeopardy as the damage wreaked by hundreds of proposed dams will be irreversible.

So what can be done?  Scientists are calling for Amazon-wide regional evaluations of dam proposals rather than the current local dam-by-dam assessments by individual countries.  The Amazon basin spans nine South American countries and they will need to work together and consider the consequences of proposed dam-building including the cumulative environmental and social impacts, which will be permanent.

So far dams have been justified locally as needing to supply energy for economic development. However, there are alternative ways of generating power in the region, including solar power, wind power, geothermal energy and small hydroelectric plants. Governments, scientists, developers and the energy sector need to cooperate to evaluate and develop these alternatives for the Amazon basin before it’s too late.

Amazon River dolphins have already been split into fragmented groups by dams. These groups of dolphins become isolated and gene-flow between them is affected, which in turn makes the population more vulnerable to other threats including environmental impacts (such as those brought by climate change and disease), hunting and more dams.

Today, in Asia, river dolphins are more endangered than those in South America, one of them, the baiji or Chinese river dolphin has already gone extinct in recent times (2007). Fragmentation and habitat degradation contributed to the baiji’s extinction and declining numbers of the Indus River dolphin and the Ganges River dolphin. WDC has been working to protect river dolphins and their flooded forest homes in South America for almost 30 years, and it’s not too late to prevent the repeat of these same mistakes and to save the Amazon River dolphin from further declines and eventual extinction. River dolphins may be the little-known relative of their sea swimming cousins, but in a few years, it’s possible that they won’t be remembered at all.

Posted in Blogs & Articles and tagged Amazon river dolphin, Homes for Whales and Dolphins, science
Preferences
We use cookies to help give you the best experience on our website and information about how you can support us.
Manage options Manage services Manage vendors Read more about these purposes
View preferences
{title} {title} {title}