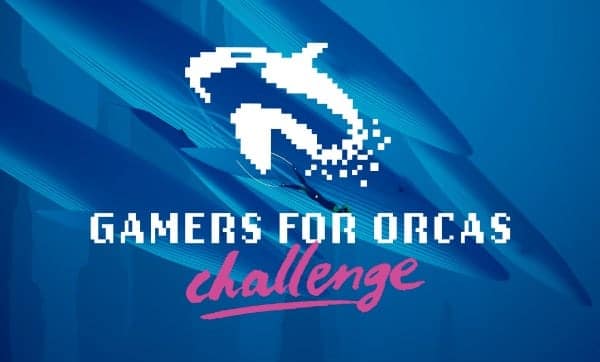 We are thrilled to announce that our first ever video games fundraising event, Gamers for Orcas, raised over $100,000! The event culminated in a 24 hour ‘livestream’ on Twitch.tv during which special guest players, YouTube stars and games developers streamed live to a global audience – with over 300,000 people viewing WDC’s channel during the event.

WDC supporters of all ages and from all over the world also chose to support WDC by taking on their own gaming marathon challenges – with many of them opting to attempt a full 24h of non-stop gaming! Through the amazing efforts of our fundraisers, our special guest streamers and our World Ocean’s Day video games bundle with online store Humble Bundle, over $100,000 was raised to support WDC’s work to keep whales and dolphins safe and free.

WDC would like to thank all of the companies and individuals who helped to make the event a huge success, in particular WDC partners 505 Games, SEGA, and Relic Entertainment and all of the marvellous streamers, volunteers and WDC fundraisers who were so generous with their time.

Inspired to run your own gaming challenge to raise funds for WDC at home, school or at work? Email [email protected] for more information.

Posted in News and tagged support
Preferences
We use cookies to help give you the best experience on our website and information about how you can support us.
Manage options Manage services Manage vendors Read more about these purposes
View preferences
{title} {title} {title}