Today, the Japanese parliament will consider moves by the government to resume commercial whale hunting.

Currently, Japan gets around the international ban on commercial whaling via a loophole in the rules that allows the slaughter of whales for scientific research. Japan conducts these ‘research’ hunts in the Southern and Pacific oceans, and the proposed new bill will enshrine funding for research whaling into the Japanese national budget. The demand for whale meat in Japan has fallen and the government subsidise the industry.

Animal welfare groups in Japan have criticised the potential new whaling law, stating that the proposed bill is ‘designed only to continue research whaling no matter what the cost — to either the whales, Japan’s international reputation, or to the Japanese taxpayer’.

Japan has been under pressure from the international community over its current so-called scientific whale hunts. These are seen by many as merely commercial whaling in disguise anyway as little scientific knowledge of any value is gathered from the hunts, and much of the meat ends up on sale anyway. 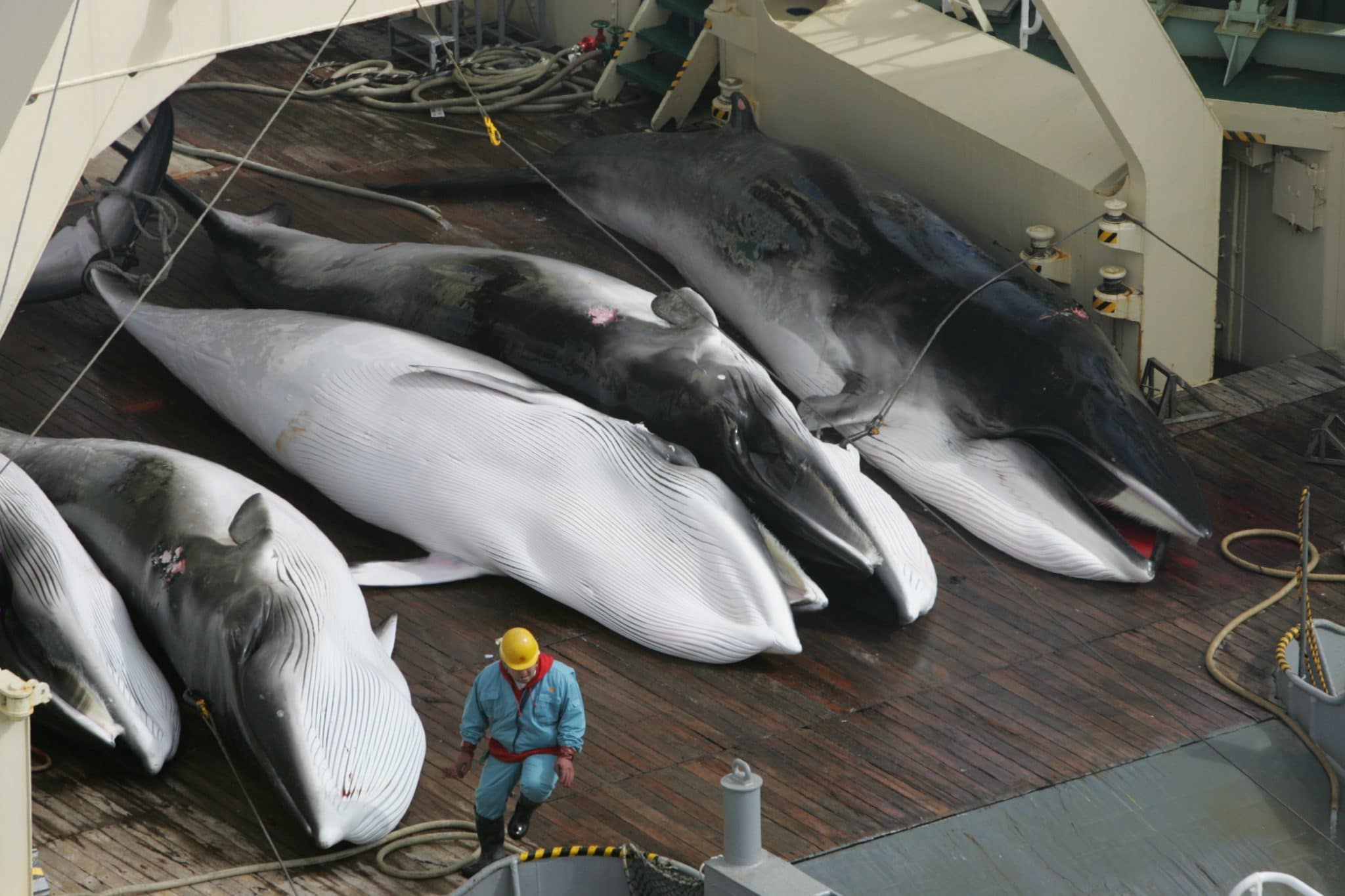 Just days ago, a committee of scientific experts at the International Whaling Commission (the global body that regulates whaling) backed previous conclusions by an independent panel that the North Pacific hunts were ‘currently unjustified, and should be halted until more research has been conducted’.

In 2014, the International Court of Justice (ICJ) ruled  that Japan’s Antarctic whaling programme in the Southern Ocean was illegal and had to stop as it had failed to yield any meaningful scientific results.

As recently as this January, the European Union issued a formal statement of concern regarding Japan’s whaling practices. The strongly worded letter highlighted the lack of scientific justification for the Antarctic hunts, and also criticized Japan’s decision to start the new ‘research’ hunts in the North Pacific in 2017.

The scientific value of this slaughter has also been called into question by the International Union for Conservation of Nature (IUCN) – the global authority on the status of the natural world.

On the 12th June Japanese hunting vessels left Abashiri Port in Hokkaido to begin killing up to killing170 minke whales and 134 Sei whales to determine aspects such as sex and age.

Yasuhiro Sanada, fisheries researcher at Waseda University in Tokyo, said whaling was a matter of pride for the Japanese. Many in the country see whale hunting as a cultural right, but large scale, industrial whaling is a relatively new phenomenon in Japan, starting after World War II when animal protein was in short supply.

As part of our ongoing campaign to stop whaling, WDC and Care2  submitted a petition to the European Parliament containing 270,000 signatures, calling on the EU to raise the issue of whaling in its trade negotiations with Japan and to say ‘no’ to a Free Trade Agreement while Japan kills whales.

The EU Commission has responded saying that whaling will not even be discussed during the trade talks, so we are asking the public to make their views clear on whaling by sending a tweet or an email to Cecilia Malmström, the EU Commissioner for Trade and the person in charge of the EU’s trade negotiations.

IF YOU’D LIKE TO SUPPORT OUR CAMPAIGN, YOU CAN ALSO MAKE A DONATION. THANK YOU.