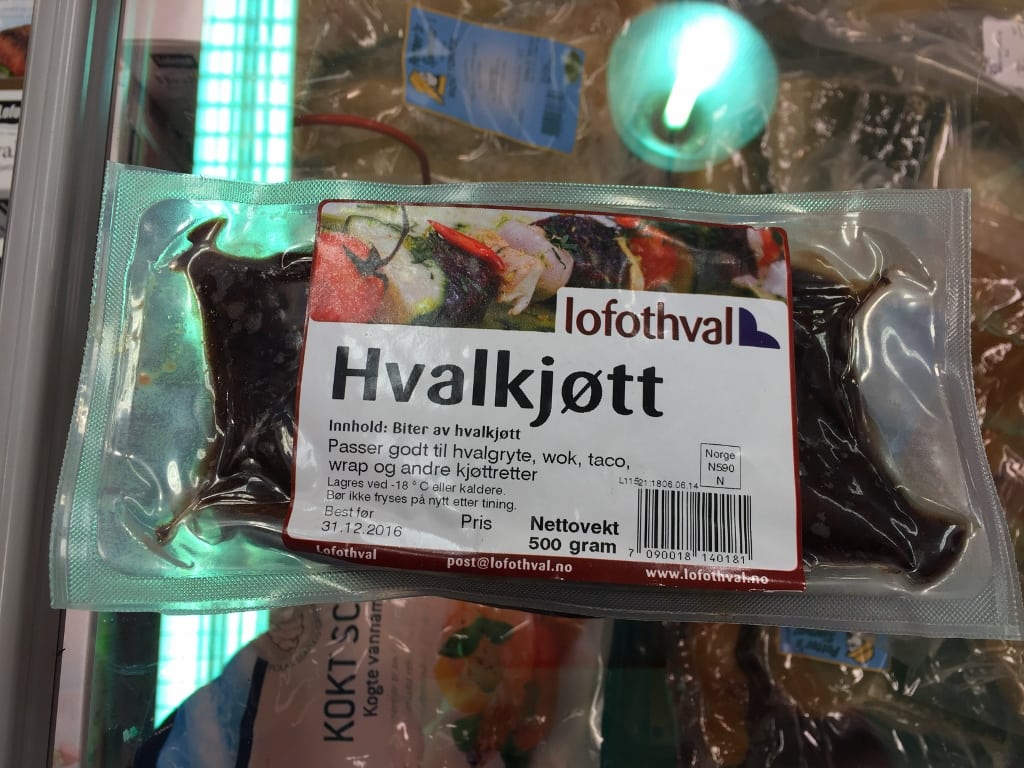 I’m alarmed – but sadly not surprised – to learn that Norwegian Fisheries Minister, Per Sandberg, is funding efforts to promote whale meat to children.

Mr Sandberg has pledged almost a million kroner (over £90,000) to the Geitmyra Matkultursenter (Food Culture Centre) to provide children in Eastern Norway with ‘good experiences with seafood’ under the government’s “Seafood Measures” initiative. Additionally, he’s awarded a grant of 200,000 kroner (over £18,000) to Norsk Hval (Norwegian Whale) specifically to collaborate with both Geitmyra and the Matstreif food festival in Oslo to put out the message that whale meat is a new, but exciting, food for children and young people to experience. Sandberg exclaimed that “whales are a healthy alternative to red meat and whale meat is good for the health.”

Surprising? Not really, since earlier this year, I reported on efforts to offload around 60 tons of Norwegian minke whale meat to needy people. However, this apparent act of philanthropy was swiftly revealed as mere expediency and a PR stunt, as the meat – donated by Myklebust Hvalprodukter (Myklebust Whale Products), based in western Norway and one of the country’s largest whale meat processors and exporters – was nearing its sell-by date.

The truth is that. despite government subsidies and marketing campaigns over the past 25 years, domestic demand for whale meat is declining within Norway and efforts over recent years to promote it to students and young people via music festivals and other outlets, have largely flopped.

In 2005, the Karsten Ellingsen company launched the ‘Lofotburger’ (50% whale meat, 50% pork) commenting at the time that “ we hope that this product hits the nail on the head and that a new generation gets their eyes opened up to whale meat.” However, by 2008, the company was forced to admit that sales weren’t good and the product had failed to excite the youth market.

Despite this, Norwegian whalers continue to hunt hundreds of minke whales each year under an ‘objection’ to the global ban on commercial whaling and so far this season, over 100 minke whales have been killed.

And alarming? Yes, due to concerns that Norwegian whale meat could be unfit for human consumption due to high levels of pesticides. For example, in March 2015, Japan dumped a shipment of minke whale meat from Norway after routine safety tests discovered that it contained up to twice the permitted level of aldrin, dieldrin and chlordane, potentially dangerous pesticide, suspected of causing birth defects, neurological harm and some cancers, if consumed in high quantities.

Hardly the most appetising prospect for Norwegian schoolchildren – but definitely food for thought.

If you are considering visiting Norway this year, please take a look at our flyer which asks visitors to avoid eating whale meat and also check out the trips run by WDC partner, Off the Map Travel www.offthemaptravel.co.uk