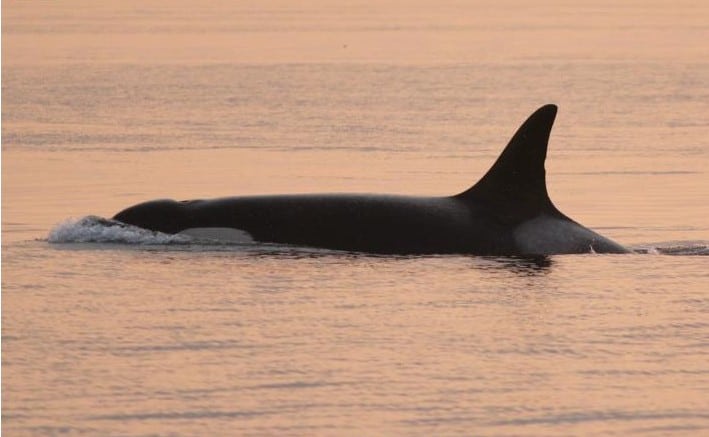 Today we’re recognizing the 12th annual Endangered Species Day, a day to celebrate saving imperiled species founded by our colleagues at the Endangered Species Coalition.   We’d like to highlight one of the most important species we work with in the US, the only endangered orca population in US waters – the Southern Resident orcas of the Pacific Northwest.

The Southern Residents are a unique community of orcas recognized as a “Distinct Population Segment” under the Endangered Species Act (ESA).  The worldwide population of Orcinus orca (orcas) is still considered one species, although researchers and policy-makers now know that there are different kinds of orcas, called ecotypes, and some believe that these distinctions mean there are different species, or subspecies, of orcas.

The recognition of the Southern Residents as a distinct population is vital to defining these different types of orcas, and allows them to be listed under the ESA and given specific protections.  Although they were listed in 2005 with 88 members in the population, today there are just 78 of these unique orcas left in the wild.  The most significant recognized threats include prey depletion, contamination from pollutants, and vessel impacts from noise and harassment.

The purpose of the ESA is to recover at-risk species and preserve the ecosystems upon which they depend.  The unique provision in the ESA that recognizes the importance of habitat is key to helping listed species recover, and provides a way to protect the homes of endangered species by designating critical habitat.  Much of WDC’s work follows this model as well, as we endeavor to create safe homes for whales and dolphins by protecting their habitat, and our efforts for ecosystem recovery in the Pacific Northwest are a large part of the work we do to recover the Southern Resident orca community.

Endangered Species Day provides an opportunity for people to learn about endangered species and the importance of protecting them and their habitats.  The threats to the Southern Residents are scary and intimidating, and will require multiple stakeholders working together, but there is still hope to save the Southern Residents.  Conservation acts under the ESA have been successful in preventing extinction for 99% of the species listed, and data shows that species with designated critical habitat are twice as likely to be recovering as species without.

Adopt an Orca today and you can help us save the Southern Residents.