France has banned the breeding in captivity of dolphins and orcas (killer whales), a move that represents a major boost for WDC’s ongoing campaign to end to whale and dolphin captivity shows.

It is hoped that the French ban on captive breeding will eventually lead to the end of these circus style shows in the country however, it has has not yet been extended to the thirty or so dolphins that also live at Marineland, as well as in Parc Astérix (Oise), Planète sauvage (Loire-Atlantique) and Moorea Dolphin Centre (French Polynesia).

The French government also banned the keeping of all whales, dolphins and porpoises in captivity, except for orcas and bottlenose dolphins already held. In addition, new regulations include a ban on direct contact between captive whales and dolphins and members of the public, including swimming with dolphins. Captive facilities will now be required to make pools that hold these intelligent creatures significantly larger within the next three years and have six months to comply with most of the other regulations. Orcas are currently held at Marineland in Antibes. 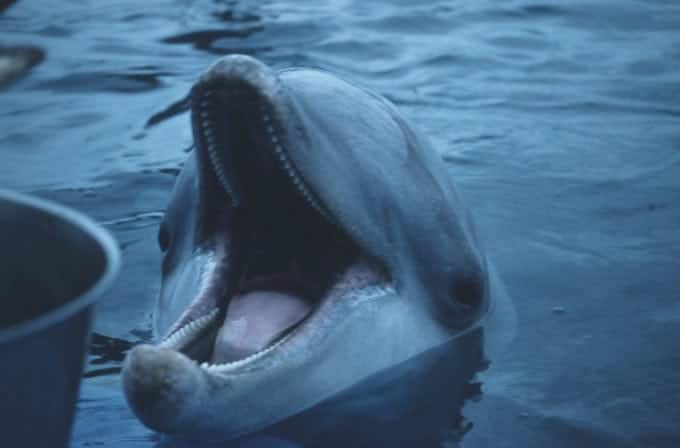 This is a significant move by the French government and vindication for WDC anti-captivity campaign work. WDC has worked for decades to end whale and dolphin captivity and public opinion is changing.

Amoungst the the regulations that will now come into force in France, whales and dolphins held in captivity will:

In captivity, whales and dolphins live shorter lives than they do in the wild. This is significant given the fact that they are kept in an environment that is free of predators, pollution and other threats that they face in the wild. Wild dolphins can swim up to 100 miles a day but in captivity they have very little space in which to move around and so display unnatural behaviour. The captive environment can never replace their natural one.

Around 3,000 whales and dolphins are held in aquaria, zoos and marine parks globally and we won’t stop until the last of these facilities closes. WDC will continue to work towards the creation of more naturalistic sea pen sanctuaries where captive whales and dolphin can be retired.

Read more about the cruelty of captivity, how WDC is fighting to end it and donate now.

Posted in News and tagged captivity, Orca
Preferences
We use cookies to help give you the best experience on our website and information about how you can support us.
Manage options Manage services Manage vendors Read more about these purposes
View preferences
{title} {title} {title}