Migratory salmon are being caught more regularly now at Chanonry Point by the resident dolphins including some of the WDC Adopt a Dolphin stars but possibly the most famous dolphin that catches fish locally is lovely “Zephyr” as she often catches fish that are a little too big to be swallowed right away. What she does is regurgitate or spit the salmon back out again a few times and re-enters it in her mouth until she feels that it is positioned in her throat more comfortably then it goes down completely – the bigger the fish, the longer this can take and I have seen her with some really big fish taking nearly an hour to polish them off. Dolphins eat fish generally in one piece because its easier and safer to do it this way – if the fish broke into pieces then there would be bones sticking out which could be dangerous. These dolphins also have to eat as much as they can at one sitting as they don’t know if any more fish will be available on the next rising tide. 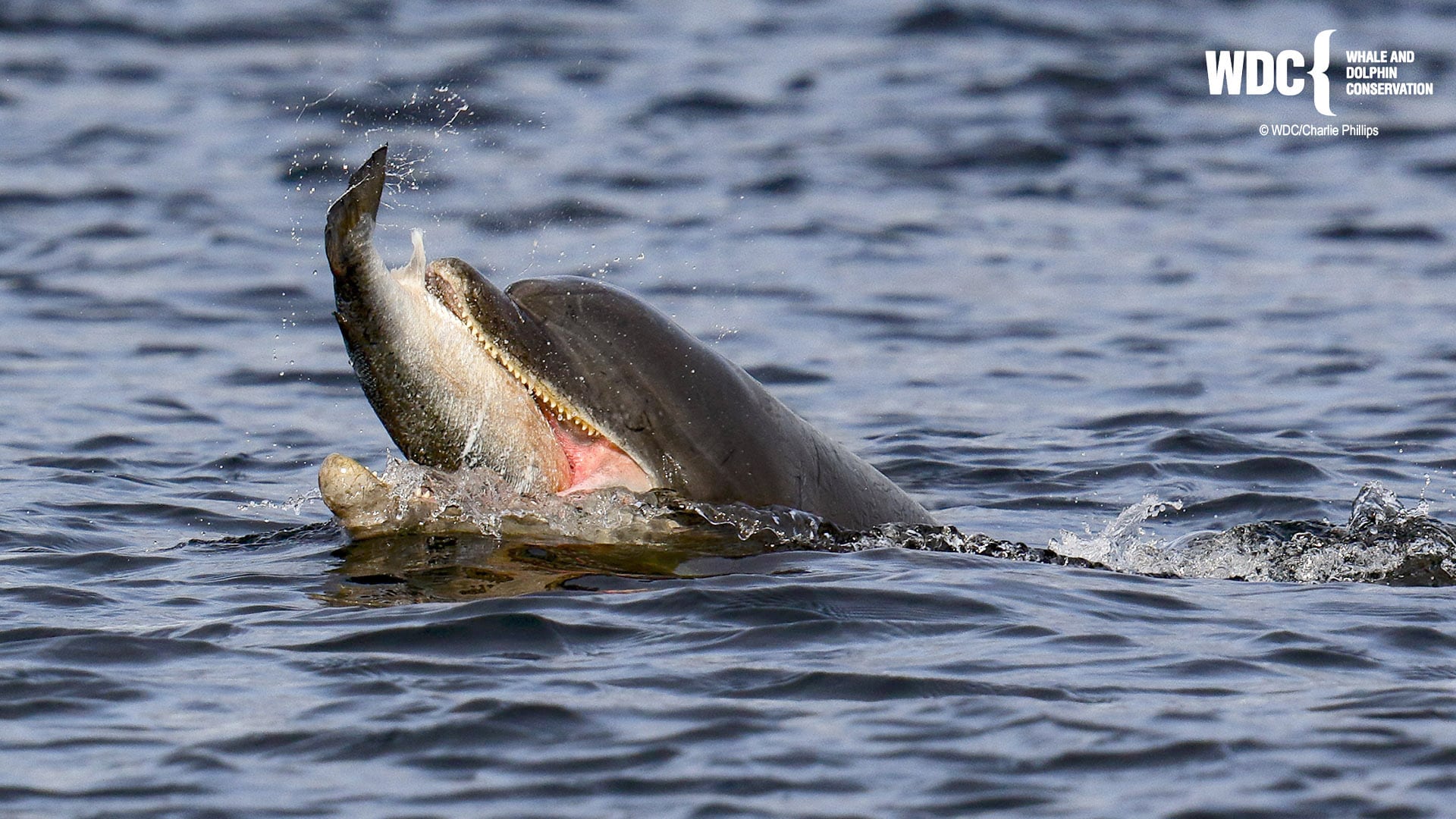