I’m delighted to introduce the second blog from supporter Oliver Dirr, who has been travelling round the world, watching whales and sharing his best experiences with us! Read on for his account of a magical night under the midnight sun in Norway. 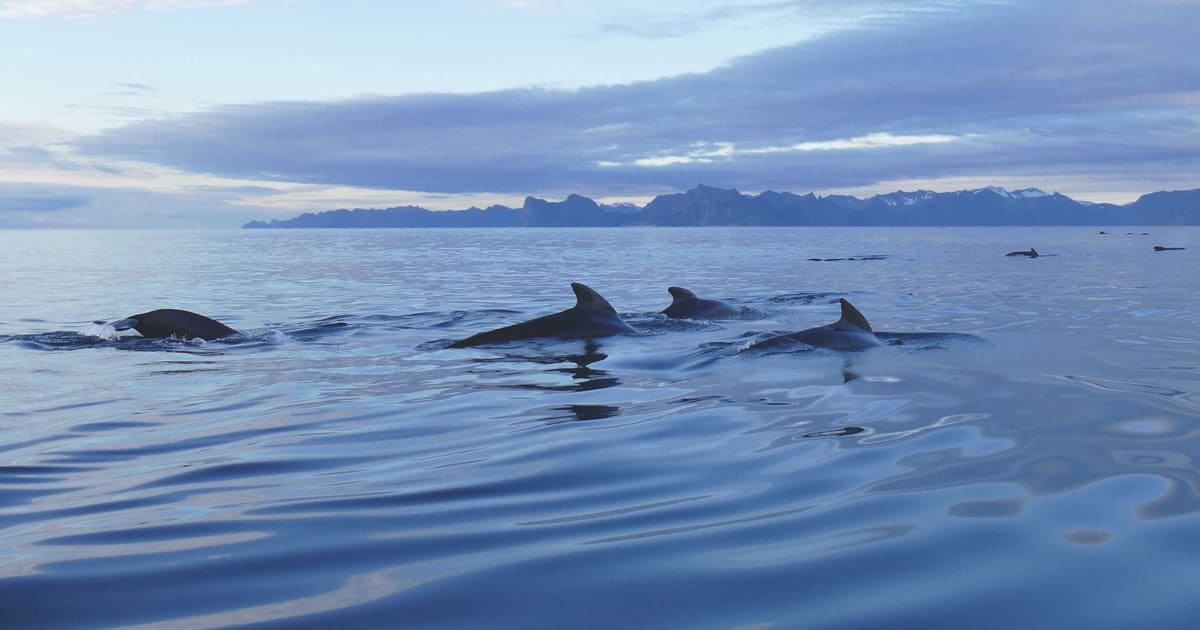 Picture the scene: it’s close to midnight, yet the sun is still out. We’re in a small zodiac in the middle of the ocean, surrounded by hundreds of pilot whales!

Actually, we came here for the sperm whales. Andenes, Northern Norway, is a great place to meet them. But, after visiting the local whale museum and inspecting a full-scale model of a sperm whale, I started to get a bit nervous. Sperm whales are pretty huge…with pretty huge teeth!  In fact, these whales are the largest predators in the world.  So, the prospect of going out in a small inflatable, with these enormous predators underneath, fighting giant squid in this monumental underwater canyon, made me a little nervous.  So, I admit, I was a bit relieved when our guide happily told us that they had sighted some pilot whales, a large school of several hundred.  He was impatient to be moving, urging us to hurry up and  get out there as quickly as possible: “Come on, let’s go, meeting pilot whales is always great fun!”

The great thing about Northern Norway during summer is that, thanks to the midnight sun, it is pretty much twenty-four hour  daylight! This offers great opportunities for planning your day: for example, you can book yourself onto a whale watching tour at midnight. How fantastic is that? The magical northern lights during winter, the magical golden light during summer. Stunning! 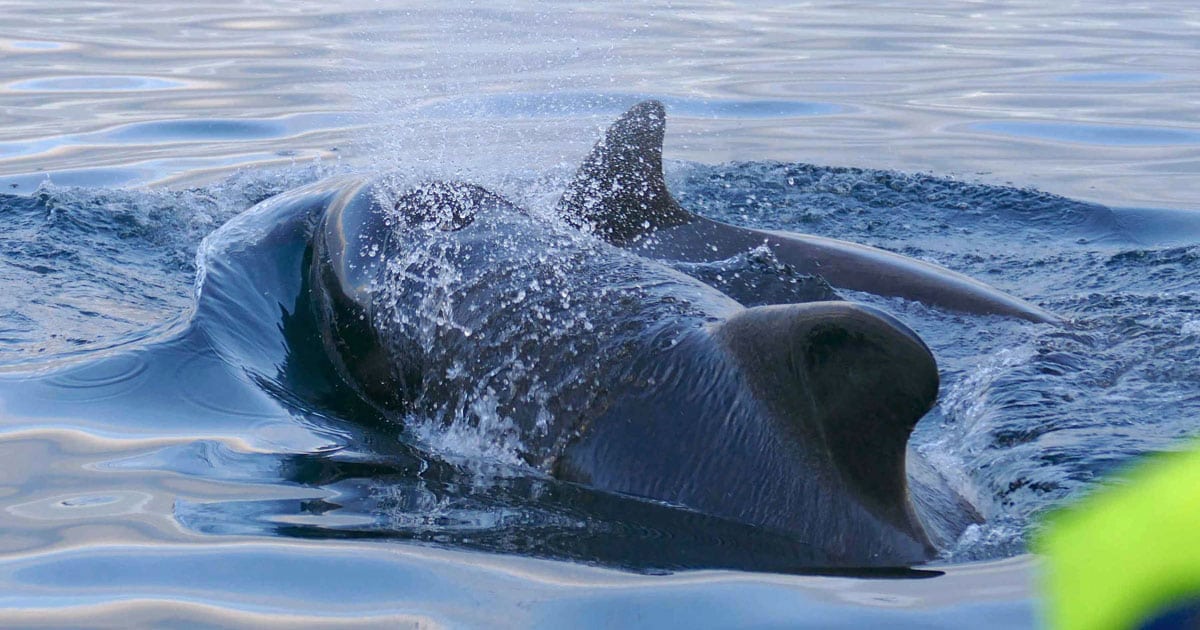 Pilot whales are relatively small, only about four to six metres long, almost all black, with only one white spot under the chin, a bit like a mini orca. Meeting big groups of small whales is totally different to meeting small groups of big whales: In the beginning, you see nothing. You’re patiently looking out but seeing nothing, nowhere. Then, all of a sudden, the first whale – and then, things really take off: whales everywhere, within seconds! And you ask yourself where did all these whales come from? 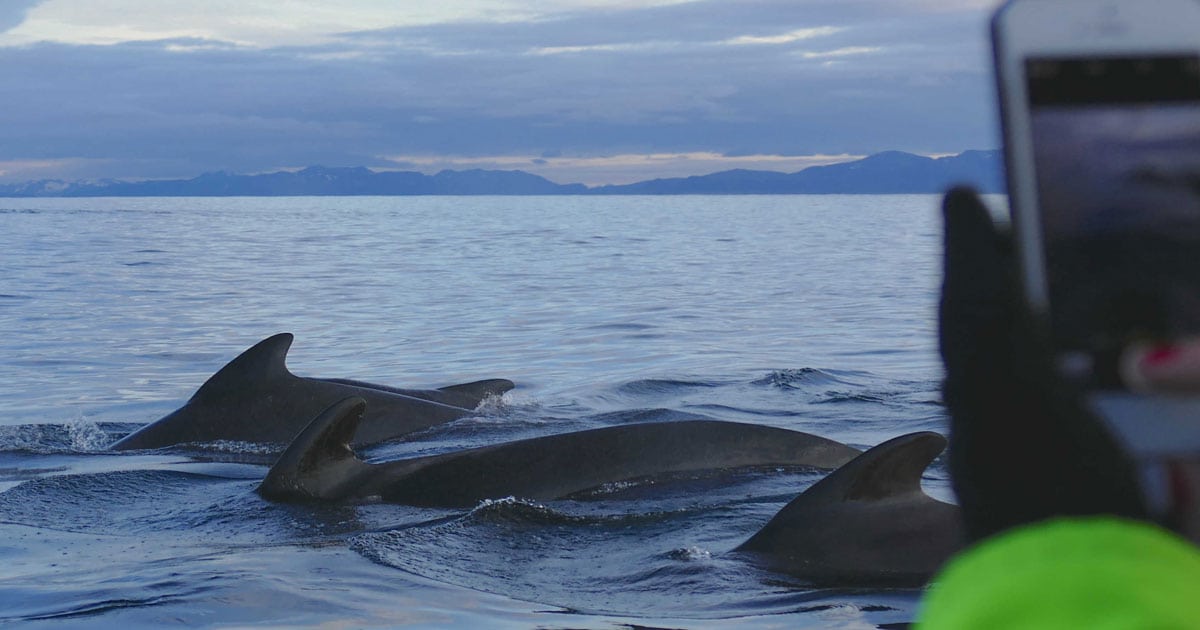 We stopped the engine and waited with the pilot whales heading right into our direction. There we were, a small zodiac, right in the middle of the ocean, close to midnight, yet bathed in this bright, golden light, hardly a breath of wind , hundreds of pilot whales – and right in between this beautiful spectacle: US! What a surreal and magical night – I could have filmed for hours.

It’s always fantastic to see your guide as excited and happy as you are. So, after the tour, we asked him if he ever had such great conditions as we had today?  His answer: “Yep. But that’s about six weeks ago.” There must be worse jobs than being a whale watch guide in Northern Norway….

Our trip to Andenes was part of a longer trip to Norway. Starting in Bergen, we headed north to explore the stunning Lofoten and Vesterålen Islands until we ended up at Spitsbergen, with the North Pole almost in sight. For more photos and videos, please check our posting: Going North – A summer whale trip 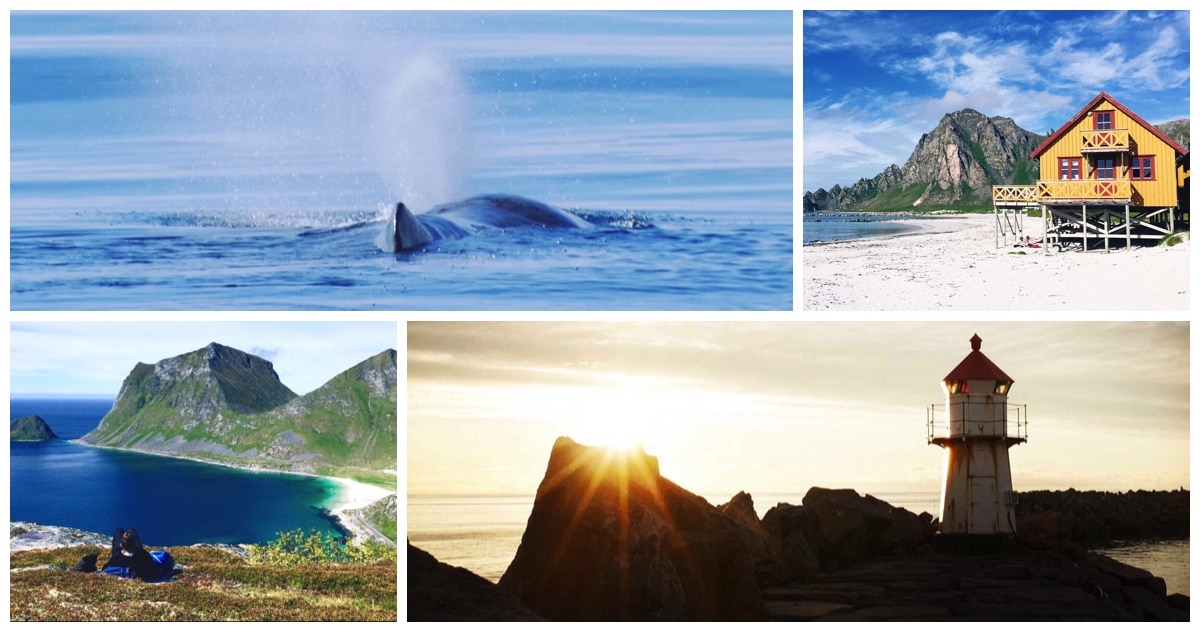 ABOUT US & WHALETRIPS.ORG
Our plan was to spend a couple of months meeting the whales whilst travelling west until we arrived back home. Following our trip, we’ve created a website called whaletrips.org, featuring our favourite whales, some of the most beautiful places to see them and telling what we’ve learned about whales and whale watching.  During the next few months, we’ll be posting some of the highlights of our trip to the WDC website.

If you’ve been inspired by Oliver’s blog and are considering taking a whale watching holiday, please check out WDC partners Off the Map Travel www.offthemaptravel.co.uk

Posted in Blogs & Articles and tagged Whale watching
Preferences
We use cookies to help give you the best experience on our website and information about how you can support us.
Manage options Manage services Manage vendors Read more about these purposes
View preferences
{title} {title} {title}