Winners of the 2016 WDC Bharathi Viswanathan Award, Marie-Francoise Van Bressem and colleagues, studied photographs of dolphins bycaught in fishing gear from three Ghanaian ports, to develop an opportunistic, non-invasive research tool to examine epidemiological aspects of the general health of free-ranging and by-caught cetaceans. Read more about this novel research here and if you are interested in applying for the 2017 Award please submit your application by mid-day (GMT) April 24th 2017.

Generally, in comparison to other ocean provinces, it was striking how few skin disorders and other macroscopically visible health conditions affected West African small cetaceans. 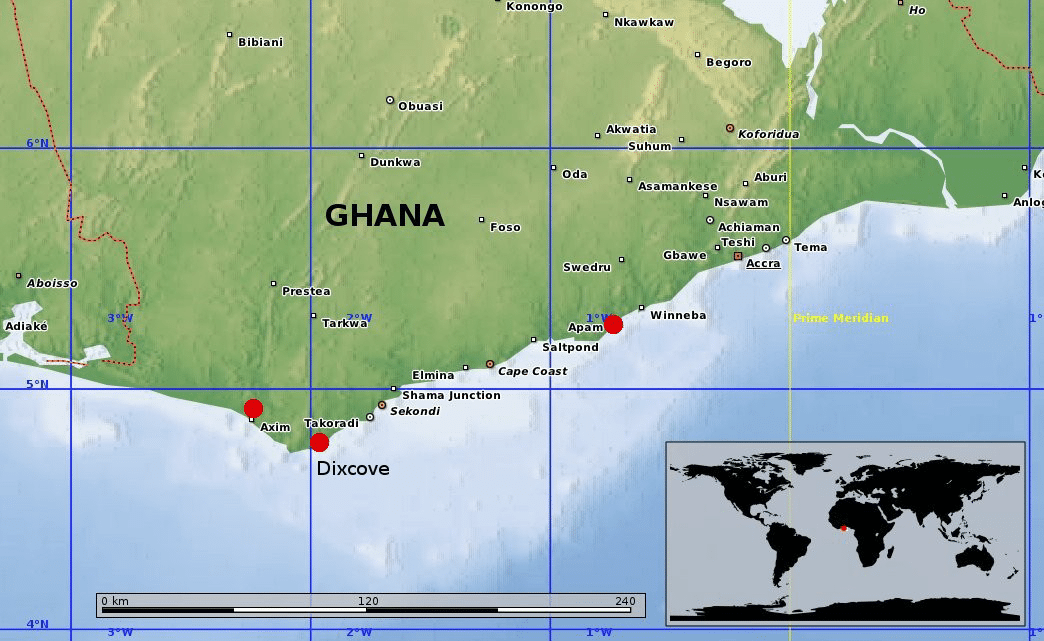 Ghanaian fishing ports (Axim, Dixcove, Apam from W to E) where the dolphins examined in this study were landed. 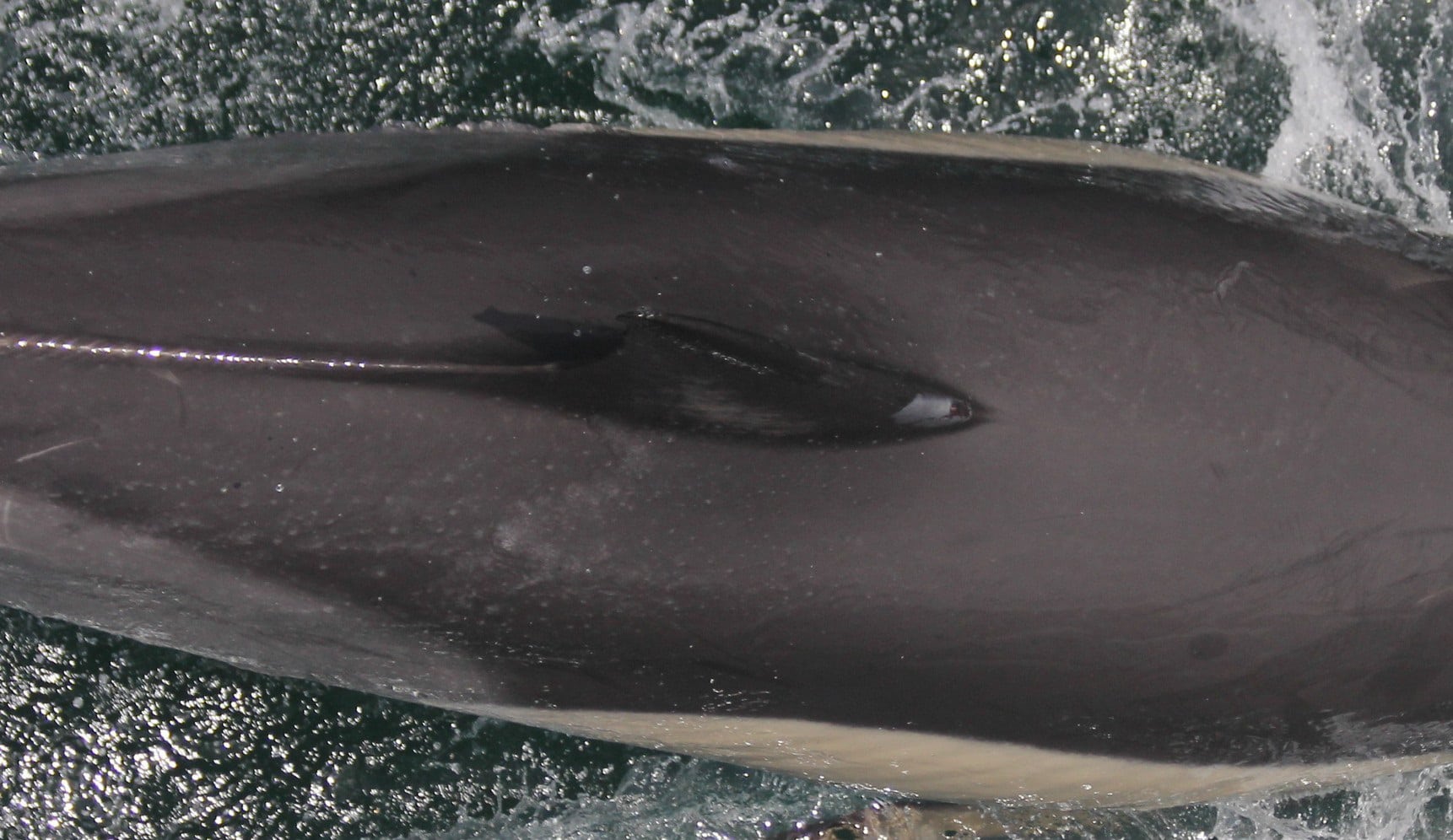 Cookie-cutter shark (Isistius sp.) bites were observed in 10 species of by-caught odontocetes with prevalence levels varying between 12 % in pantropical spotted dolphins and 61% in rough-toothed dolphins. Interestingly, these data increase the documented species distribution range of Isistius spp. into the waters of the northern Gulf of Guinea.

Miscellaneous other scars were seen in nine individuals landed in Ghana and, in four cases, were regarded as caused by fisheries interactions, including a large star-shaped scar in a Clymene dolphin, possibly resulting from a dislodged hand-held harpoon. Very similar scars have been seen also in Peruvian dolphins where harpooning is also commonplace. Evidently anthropogenic traumatic injuries, mainly from fisheries, may have an impact on the health, survival and welfare of West African dolphins.

Large scar possibly from an old harpoon wound in a Clymene dolphin.

An adult rough-toothed dolphin landed in Ghana had several skin nodules, some possibly ulcerated, on its back and dorsal fin, and a pantropical spotted dolphin in poor body condition,showed a medium-sized noduleon its right flank. Known aetiologies of skin nodules and granulomas in cetaceans include fungi (Trychophyton sp., Fusarium sp. and Paracoccidioides brasiliensis), bacteria (Streptococcus iniae and Pseudomonas spp.), papillomaviruses and macro-parasites (Anisakis spp.). Dozens of herpesvirus-like black skin lesions were observed on the body of a common bottlenose dolphin, butaetiology could not be examined. Also, poxviral tattoo skin lesions could not be positively identified in any species. Deformities, severe emaciation, commensalphoronts or ectoparasites were not detected in any of the species.

The present study further highlights the usefulness of good photographs of individual dolphins as an opportunistic, non-invasive research tool to examine epidemiological aspects of the general health of free-ranging and by-caught cetaceans. It provides a preliminary insight into the prevalence of a variety of cutaneous disorders, shark bites and other traumatic injuries affecting west African cetaceans and can help steer future, dedicated, research. In general, this technique may improve documentation of both natural and anthropogenic threats faced by cetaceans and may help to better understand their conservation status.

Posted in Blogs & Articles and tagged Bycatch, Fishing, science
Preferences
We use cookies to help give you the best experience on our website and information about how you can support us.
Manage options Manage services Manage vendors Read more about these purposes
View preferences
{title} {title} {title}