One of WDC‘S intrepid Shorewatchers – Monika Carrie, has been sending me dorsal fin photos of some of the many Bottlenose dolphins that her and fellow Shorewatcher Walter Innes have been seeing and photographing recently hunting around the Aberdeen Harbour area. Amongst many well known fins that I see in the Inner Moray Firth (some 200 kilometres away) including some of the “Bad Boys Club” members like Adopt A Dolphin star Rainbow’s big son “Prism” – there has popped up the unmistakeable fin of Adopt A Dolphin character “Mischief” ID#23 – whose dorsal fin shape you can see in the inset photo of one of my pictures of this fantastic big dolphin below… We hope that Mischief is enjoying the early salmon down at Aberdeen and that it won’t be too long before I see him back up here around the Black Isle area. 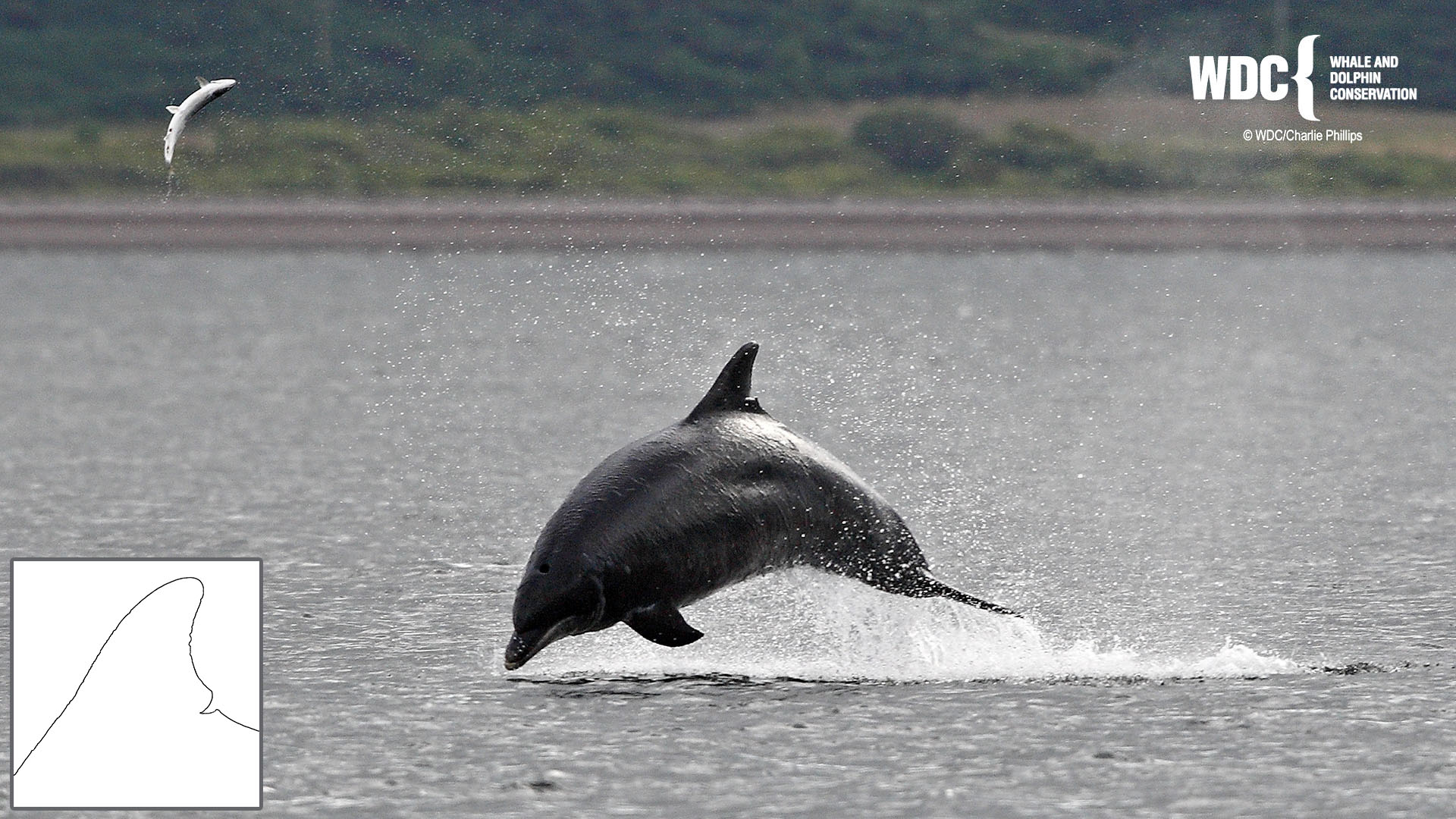