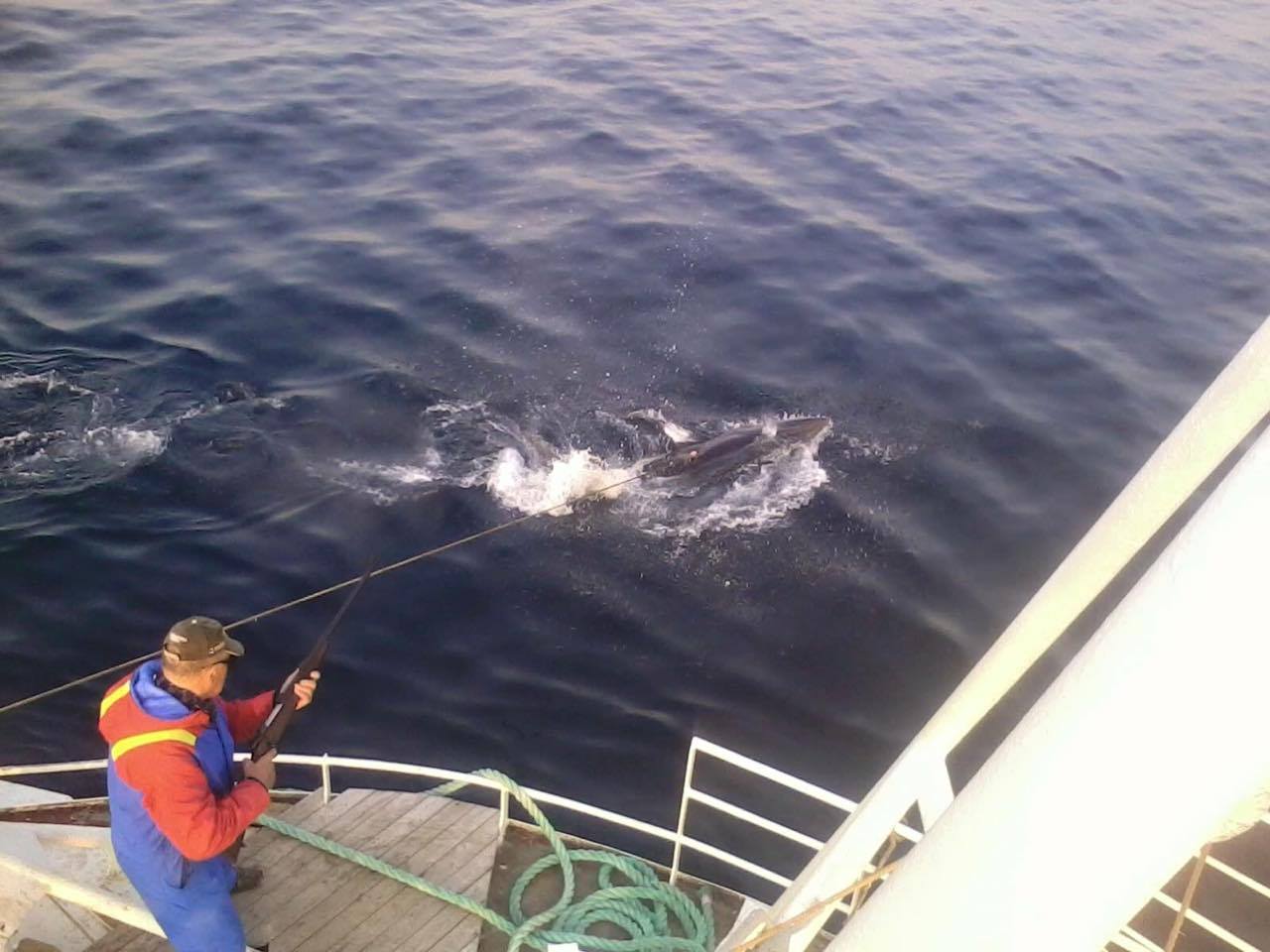 Norwegian Fisheries Minister, Per Sandberg, has confirmed that Norway has allocated itself a quota of 999 minke whales for the 2017 catch, an increase of 119 whales on last year’s quota of 880.

Norwegian whalers hunt minke whales for commercial purposes, exploiting a loophole around the Norway’s ‘objection’ to the International Whaling Commission’s (IWC) global ban on commercial whaling and over the past decade, have killed between 464 – 736 minke whales each year. Indeed, some years, Norway has killed more whales than Iceland and Japan combined and these days, is the world´s biggest commercial whaling nation.

However, as Truls Soløy, leader of the Norwegian Whalers Association, admits “people in Norway do not eat whale… there are too few players on the buying side”. The simple fact is that, despite government subsidies and marketing campaigns, domestic demand for whale meat is declining, with young people especially regarding it as ‘old-fashioned’. Only last month, we reported that 5,000 boxes (around 60 tons) of minke whale meat donated by Myklebust Hvalprodukter (Myklebust Whale Products), one of the country’s largest whale meat processors and exporters, were given away.

Efforts to export to Japan have also met with varying success.  Norway’s exports, which for many years had been very low,  have recently increased sharply and, since 2014, almost 375,000 kg of whale products have been exported to Japan. In early October 2016, almost 3,000 kg of Norwegian whale meat was exported to Japan, transiting at least three EU ports: Malta, Le Havre and Hamburg. Smaller exports have gone to Iceland and the Faroe Islands. However, in 2015, Norwegian whale meat  was dumped by Japan after routine safety tests discovered that it contained up to twice the permitted level of three potentially dangerous pesticides: aldrin, dieldrin and chlordane.

In addition to declining domestic demand and uncertainty around exports, since 2006, the whalers have routinely killed far fewer whales than quotas permit. In 2010 and 2012, for example, Norway’s whalers took only around a third of their self-allocated quota.

So, why – when demand is down and catch levels, whilst undoubtedly high, still fall far below permitted levels – do quotas remain higher still? Part of the cynical response might be that Norway has long sought to justify its whaling as both ‘sustainable’ and necessary, wheeling out the same ‘whales eat fish and therefore must be culled to protect fish stocks and human fisheries’ arguments that we routinely hear from whaling nations, despite plentiful scientific evidence to the contrary.

This seemingly ludicrous situation is further compounded by the fact that, Norway continues to claim that it abides by the IWC’s scientific advice regarding the calculation of a sustainable whaling quota (a hypothetical advice due to the moratorium). In reality, Norway has, for years, used a far less conservative approach and awarded itself a much higher quota than deemed sustainable by the IWC.

Given the latest evidence on how important whales are both to healthy oceans and fish stocks, as well as being our partners in the fight against climate change, Norway and the world’s remaining whalers would do well to consider this.

There simply are no ‘sustainable’ quotas and we, as a global community, should work together and do our utmost to conserve and protect whales. It is, after all, becoming increasingly clear that we need them more than they need us.