Seeing a whale leap (breach) out of the water and come crashing back down again is just one of the amazing rituals that cause us to marvel at these fascinating creatures. But why do whales do it?

According to new research conducted by biologist Ailbhe S. Kavanagh at the University of Queensland, Australia, breaching is a way of saying ‘hello’!

Whales use sound underwater to communicate, but often levels of noise are too high (perhaps due to boat traffic) to make this communication effective. Whales may resort to other means on the surface of the water to make themselves heard, such as breaching, tail slapping, and fin slapping. The whales use these parts of their bodies to hammer down on the water surface to make a louder noise – like a drum.

Researches from the University observed 76 groups of whales, 88 percent of which displayed these surface-active behaviours. A pattern began to emerged that indicated whales were more likely to breach when the nearest group was more than four kilometers away, and so breaching appears to helps whales communicate between, rather than within, groups. 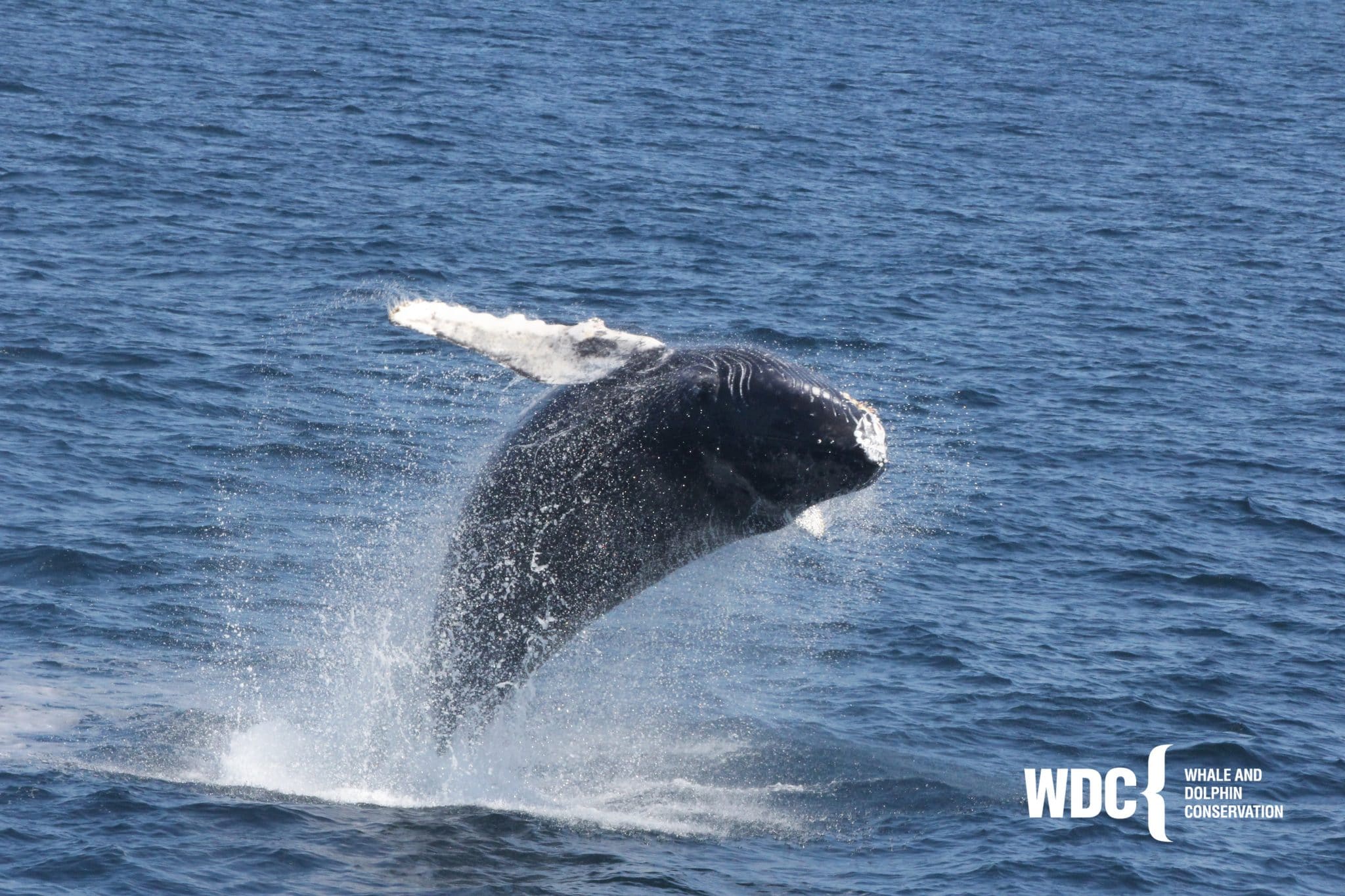 The results, published in the journal Marine Mammal Science, also showed that whales were more likely to perform these surface-active behaviours when it was windy.

It is also thought that some breaching behaviour is simply a way for whales to remove parasites from their skin. Larger whales are less likely to perform these leaps because of their size, but we caught rare footage of a fin whale (the second largest creature on the planet) doing just that!

As for dolphins, breaching may well be performed for different reasons. You can read more on that here.