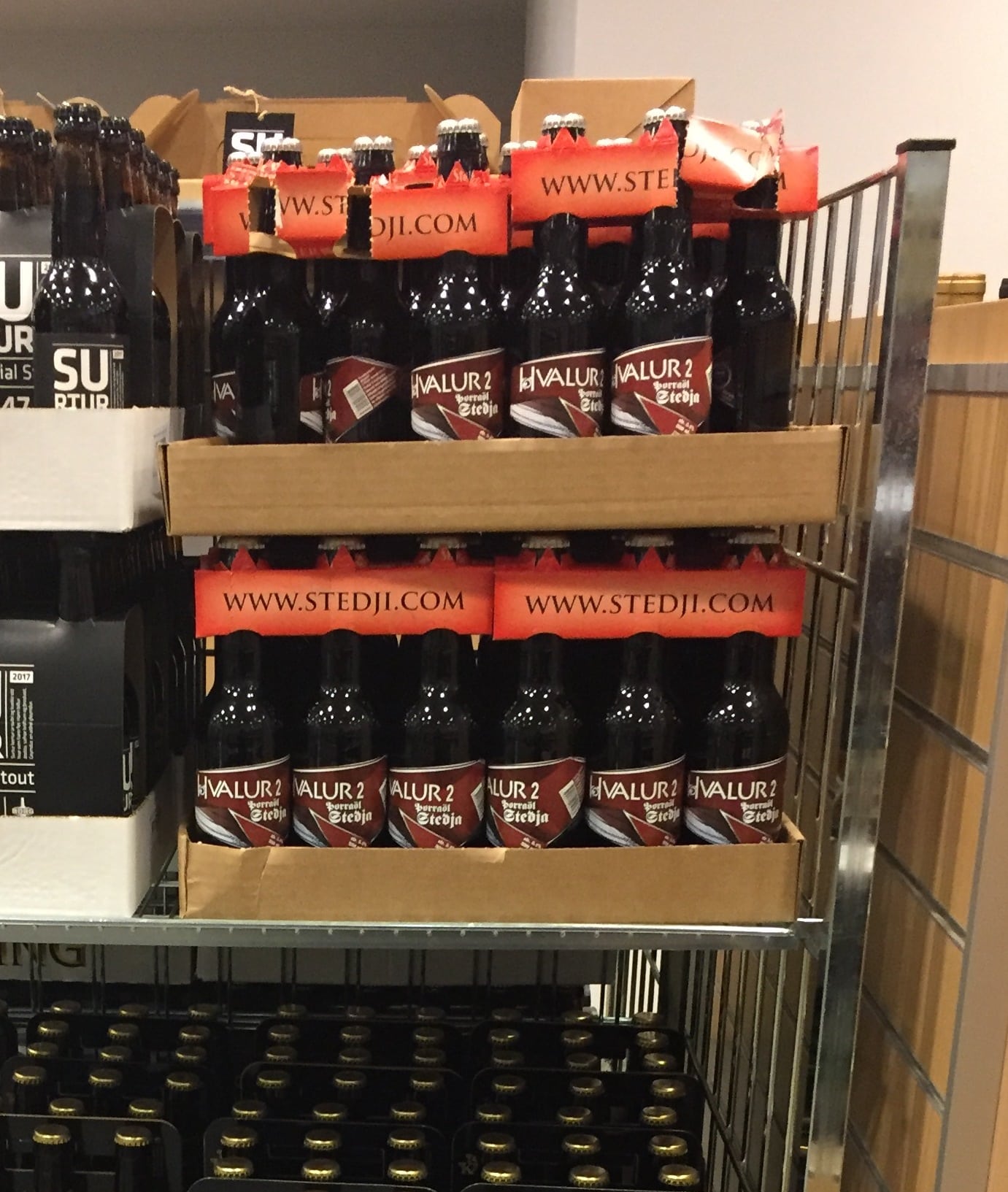 In what is starting to feel like an alcoholic version of Groundhog day, it is time for the annual farce that is the – mercifully short – ‘whale beer’ season in Iceland.  The beer is brewed to sell during Þorri  (Thorri), the Icelandic midwinter festival which runs from mid-January to mid-February. Whilst there’s undoubtedly some traditional foods associated with Thorri (including such dubious delicacies as rotten shark, soured whale blubber and ram´s testicles), whale beer is decidedly not traditional, existing only since 2015.

Despite the fact that most drinkers gave previous whale beers a definite ‘thumbs down’ on taste grounds, the Steðja (Stedji) brewery doggedly persists in its efforts to convince tourists that they really DO want to drink a beer brewed with sheep dung-smoked fin whale testicles.

Bad taste on more than one level it would seem. And as I commented last year, whilst Iceland’s sole fin whaler, Kristjan Loftsson, will doubtless be congratulating himself on finding yet another gimmick to offload his surplus whale products, there is more to this than mere sensationalism. This is a calculated move, not only to dishonour a beautiful and endangered creature by using its most intimate of body parts as a marketing tool, but also a rather sordid opportunity for Loftsson to send a clear ‘two fingers’ to the conservation community and to those who love and respect whales.

To my mind, this obscene use of the body parts of an endangered species is on a par with ashtrays made of gorilla hands, stools made from elephant feet, or dried tiger penis as an aphrodisiac. My hope is that visitors to Iceland – along with the many Icelanders who see beyond the hype – will treat this product with the disdain that it deserves.

Iceland is right up there amongst my favourite places to visit but please, if you take a trip this year, don’t be tempted to sample whale products in any form. Find out more in our new flyer!

Care for a better bitter? Why not try a Bottlenose Bitter brewed by WDC partner Speyside Craft Brewery in Scotland. For every litre sold, WDC receives a 5p donation. Find out more.

Posted in Blogs & Articles and tagged Iceland, Whaling
Preferences
We use cookies to help give you the best experience on our website and information about how you can support us.
Manage options Manage services Manage vendors Read more about these purposes
View preferences
{title} {title} {title}