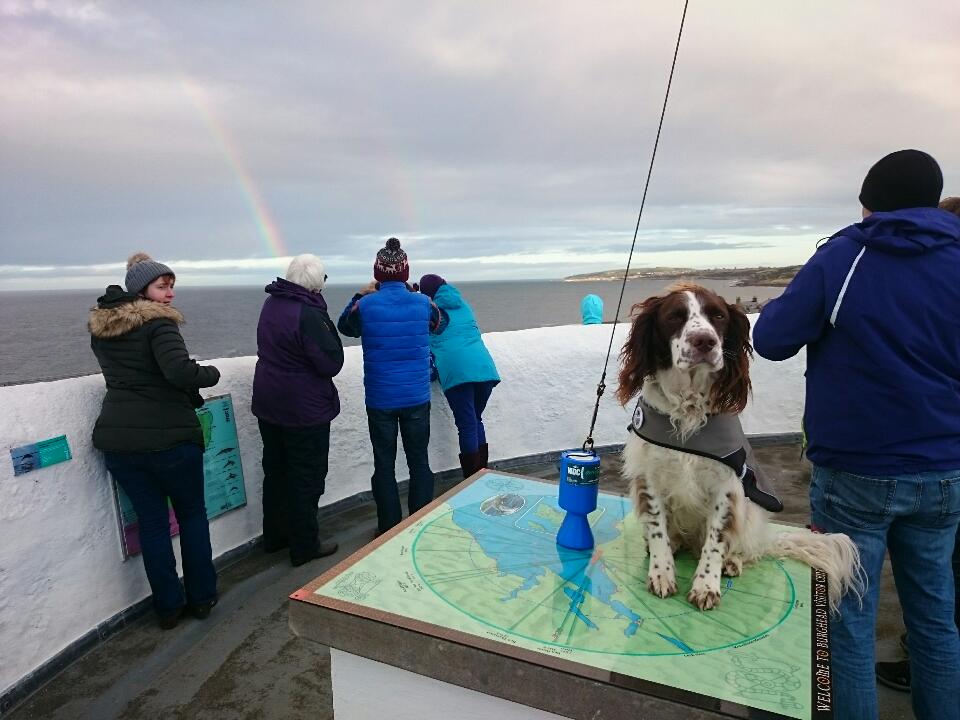 It all started on the sofa. There we were, enjoying the sea view when suddenly there was an almighty splash out in the Firth. A whale then launched out of the water several times. My human, Steve, who is a WDC Shorewatcher, was beside himself. He grabbed his binoculars and witnessed a humpback whale   pirouetting through the sky with its unmistakable giant white flippers tucked beneath the creatures body. After several more breaches he managed to calm down enough to put out the word on BookFace.

Humpbacks from the North Atlantic population are regularly sighted around Scotland. At this time of year, it’s typically males that are either too young or old to migrate to warmer southern waters for breeding. In the Moray Firth, humpbacks have been sighted more regularly in the last five years

We were watching two humpbacks and one minke whale. Word spread on BookFace and in the local papers during the five days the whales stayed with us, until bad weather moved them on.

Our WDC Shorewatch volunteers were out informing the huge crowds of humans about the whales and helping them to spot the creatures, which were so close they were visible to the naked eye. From two -week old babies to grandmothers, a couple of thousand humans flocked along the coast to witness this incredible spectacle on their doorstep. A lucky few even saw the whale’s breach, but most were happy to just see the whales’ backs and the blows as they repeatedly surfaced close to shore.

My friends at North 58, the local wildlife watching company, launched their boat to help get photographs for identification of the whales. On the second and final trip, in accordance with whale watching guidelines, the boat was stopped away from the whales. Unbelievably one of the whales decided to investigate the boat, spending 10 minutes interacting with the boat while Steve was on it. Needless to say, I think his excited shouting probably frightened the other passengers more than the whales going beneath the boat. 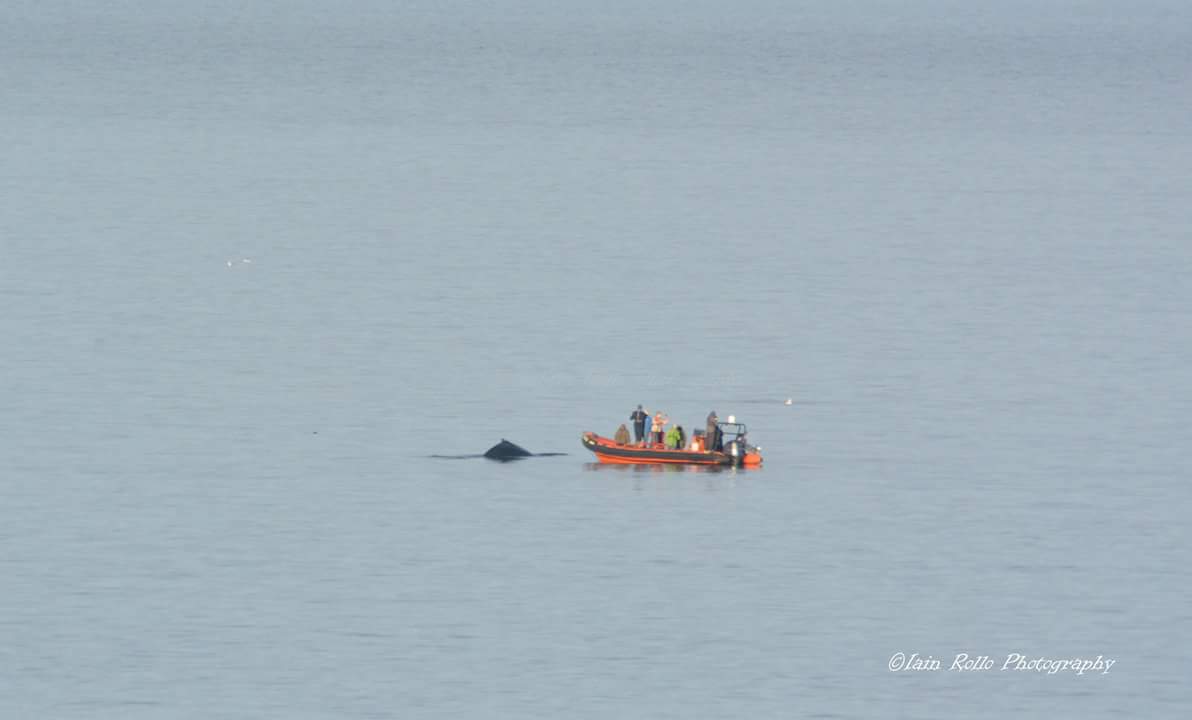 It was a truly remarkable five days. I’ve never seen so many happy humans having so much fun together. It just shows you how these amazing creatures can have such a positive effect on humans, just like us pets. So many families were out and the kids were loving playing with me and watching the whales. Kids drew pictures of the whales and me. Some wrote me letters. Some kids even went to school and did presentations to their classmates about the whales. 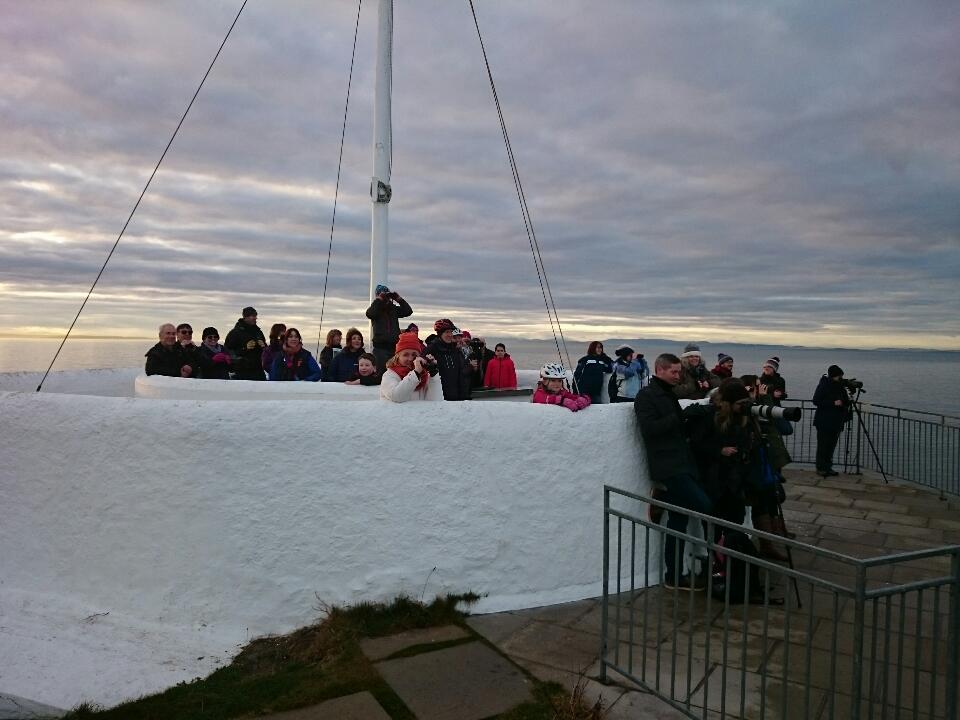 ‘Maybe one day it’ll happen again? Luckily for us, the Moray Firth is a healthy environment for whales and dolphins. The Firth has over a hundred natural heritage designated sites, including the Special Area of Conservation (SAC) for the bottlenose dolphins. A pity then that the Moray Firth is under threat from an application for Ship to Ship Oil Transfers proposed to take place right at the heart of the SAC. How could this even be considered? Why risk everything? 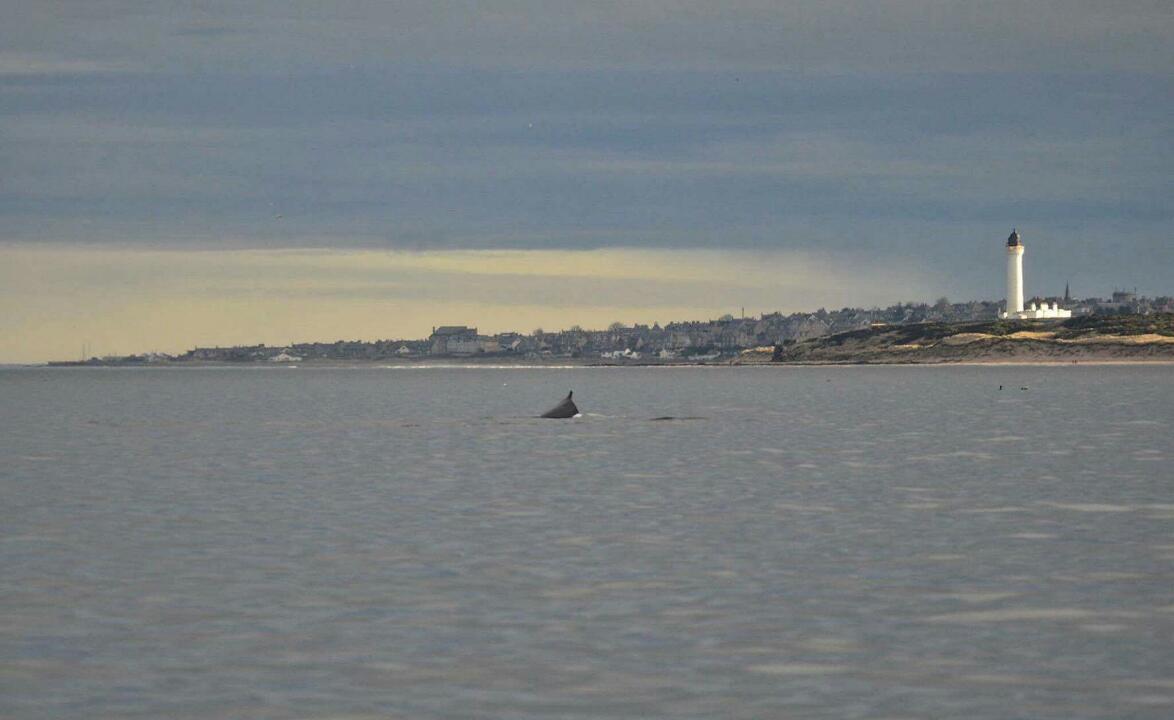 If you would like to be a part of WDC’s Shorewatch programme and help protect whales and dolphins around Scotland, then contact Katie on [email protected]. She can give you more information on how you can join our friendly network of volunteers.

Posted in Blogs & Articles and tagged shorewatch
Preferences
We use cookies to help give you the best experience on our website and information about how you can support us.
Manage options Manage services Manage vendors Read more about these purposes
View preferences
{title} {title} {title}