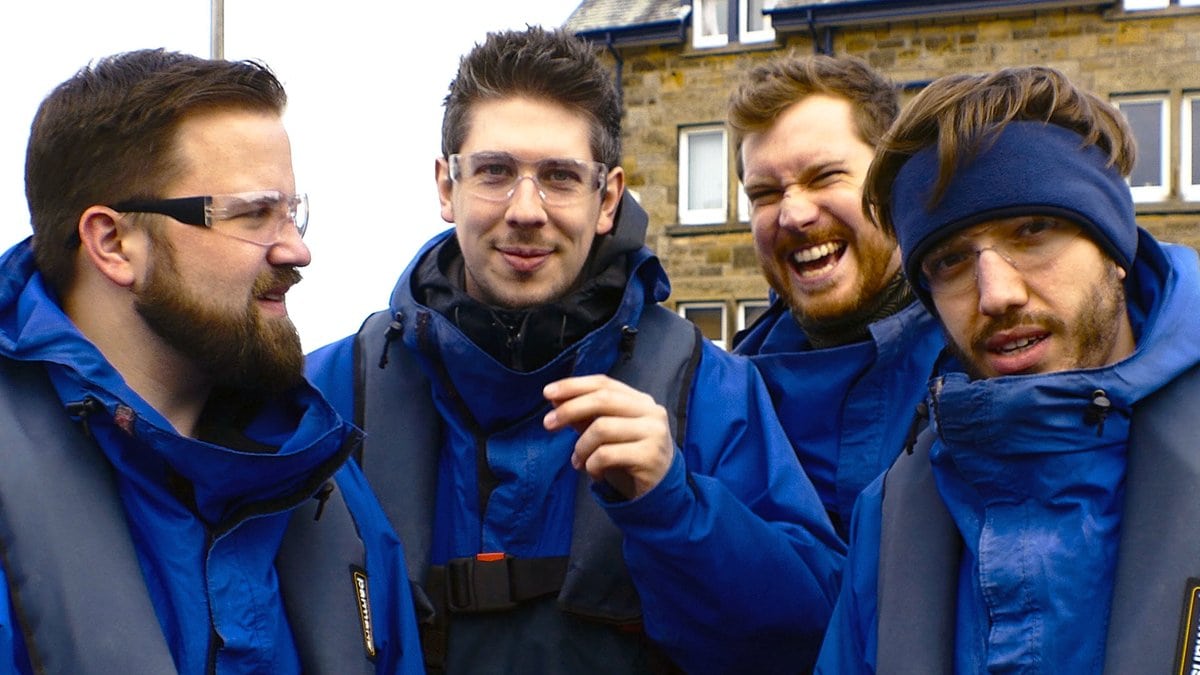 Thanks to leading YouTube network, The Yogscast, and the generosity of nearly 90,000 of their amazing fans, WDC has received its biggest ever partner donation of $365,000.

The UK-based YouTube video game sensation have over 7 million subscribers and every year they host the ‘Jingle Jam’; a charity event where pro gamers live broadcast encouraging their fans to buy amazing video game bundles with all the proceeds going to a small selection of hand-picked charities. This year, they raised a record-breaking $2.6 million in total with fans choosing to donate $365,000 of that to WDC, supporting our work to create a world where every whale and dolphin is safe and free.

To give them a flavour of WDC’s conservation work first-hand, WDC Adopt a dolphin field officer, Charlie Phillips took Yogscast CEO, Mark Turpin and Yogscast partners, Hat Films on a trip on the Moray Firth where they were lucky enough to encounter Zephyr and her young calf and Kesslet’s son, Charlie. The Hat Films video of their trip has been watched nearly 90,000 times so far!

Mark Turpin, Yogscast CEO said, ‘We had a whale of a time raising funds and awareness for WDC and were dolphinately impressed with how much money was raised in the end. It’s still kind of over-whale-ming! We all had a really positive feeling throughout the month, likely from the release of endolphins you get when doing good deeds but the real reward will come from the great work WDC can do with the funds. We had an instant connection when meeting some of the dolphins in Scotland, we just clicked…I’ve just realised what I’ve written there and can assure you, none of these puns were on porpoise.’

From the entire team at WDC, a huge ‘thank you’ to our wonderful friends at Yogscast, Humble Bundle and all of the developers who kindly donated their games to be part of the Jingle Jam. Thanks also to every one of the Yogscast fans and subscribers who supported WDC. Happy New Year!

Posted in News and tagged Dolphin watching, fundraising, Hat Films, Moray Firth, Yogscast
Preferences
We use cookies to help give you the best experience on our website and information about how you can support us.
Manage options Manage services Manage vendors Read more about these purposes
View preferences
{title} {title} {title}