2017 has begun with the sad news that Granny (J2), an orca thought to be over 100 years old, has died in the last couple of months.

Granny was a member of the endangered southern resident population of orcas, made up of the J, K and L pods, that live off the Pacific Northwest coast of the USA and Canada. Her loss means the population now has only 78 surviving members, while the J pod which she led, has 24 individuals. One member of the L pod, Lolita (also known as Tokitae), is held in captivity at the Miami Seaquarium.

Colleagues at the Center for Whale Research (who have written a moving obituary), last saw Granny on October 12th. They had estimated Granny’s age to be around 76 years old in 1987, meaning that she was around 105 at the time of her death.

The announcement of Granny’s death comes just weeks after another member of the J pod, an 18-year-old male orca known as Double Stuf (J34), was found dead. It means that in total the population lost seven orcas (around 8%) in 2016.

The future for the the Southern Resident orcas remains a major concern – find out how you can help by supporting our MigrationNation campaign to remove four dams on the Snake River, restoring an important salmon river that provides much-needed food for the Southern Residents. 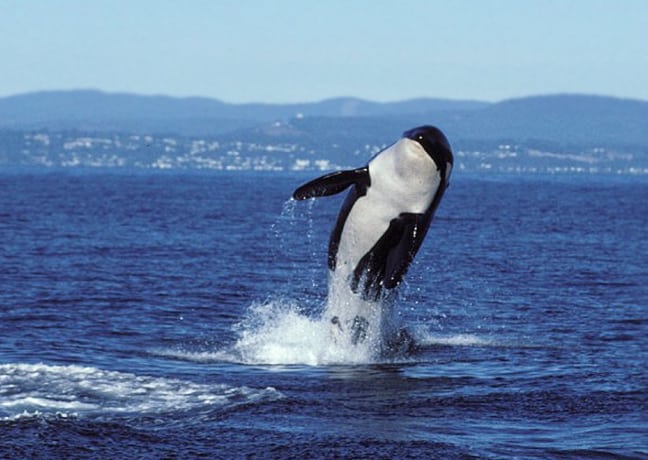