WDC’s team are currently representing whales and dolphins at the international ACCOBAMS meeting (The Agreement on the Conservation of Cetaceans of the Black Sea, Mediterranean Sea).

This is the sixth time the Parties (23 countries) have met and the 20th anniversary of the Agreement, which aims to adopt conservation measures proposed by a scientific panel (committee).

WDC is an official partner of ACCOBAMS and is invited to attend the meeting as an observer. We can contribute expertise and get involved in various working groups and workstreams including bycatch (whales and dolphins caught in nets), whale watching, noise pollution, ship strikes, live captures and other threats.

The important resolutions which WDC needs to make comments on and try to influence to ensure they are the best they can be to encourage further efforts to protect and conserve cetaceans, are; noise, bycatch, ship strikes, strandings, whale and dolphin watching and species conservation management plans. 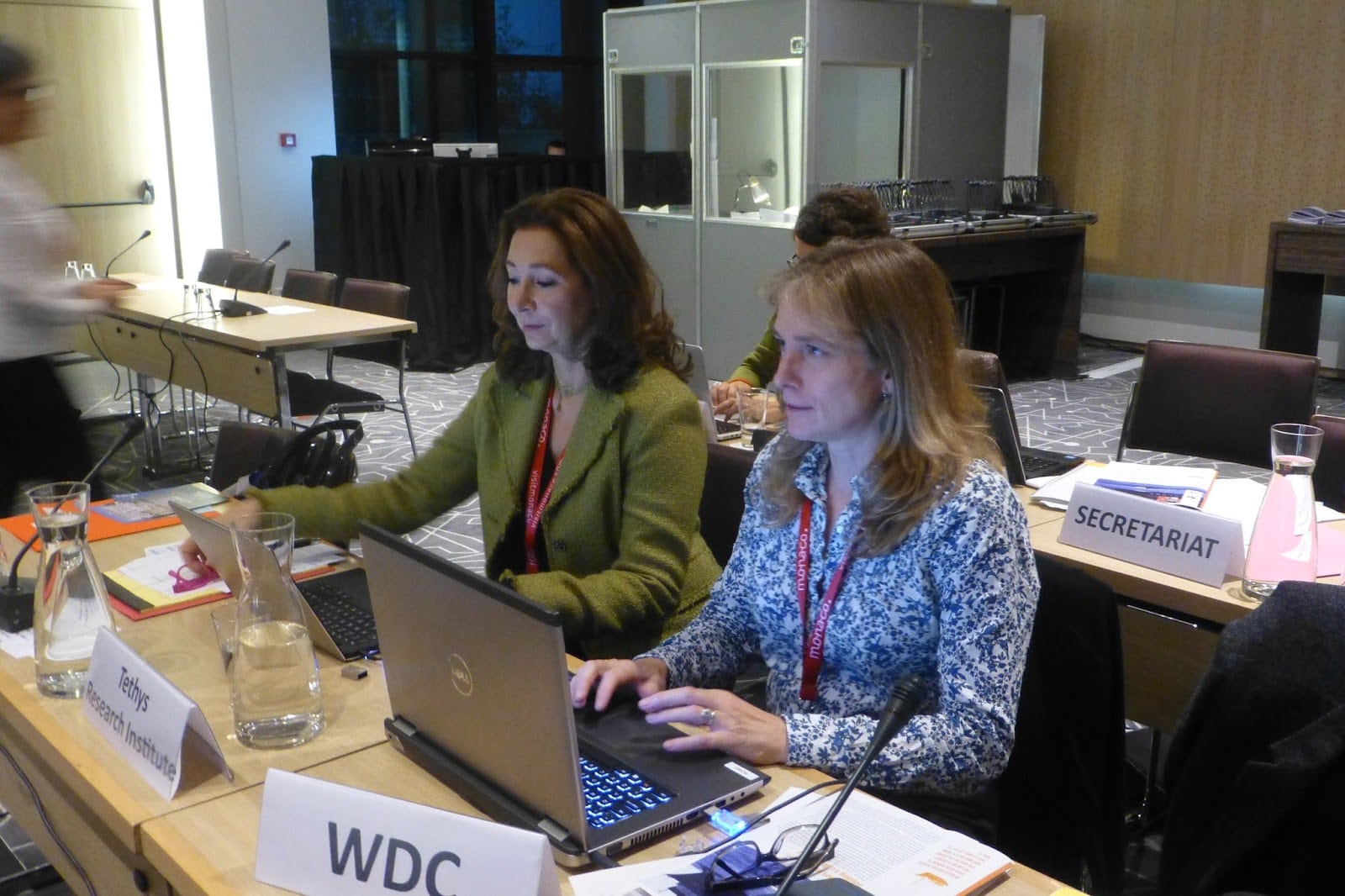 The meeting was opened by his Highness Prince Albert II of Monaco, who talked about goals shared by his government, ACCOBAMS and his foundation to conserve marine biodiversity. He explained that research is important as we can only protect what we know well. The key is to convert scientific data into credible protective measures. The Prince also talked about the need for us to restrict human activities (such as fishing and seismic exploration) to protect biodiversity and ensure longer term gains.

WDC is hopeful that the meeting will be a positive one for whales and dolphins and we will be pushing to make it so.

Posted in News and tagged ACCOBAMS, science
Preferences
We use cookies to help give you the best experience on our website and information about how you can support us.
Manage options Manage services Manage vendors Read more about these purposes
View preferences
{title} {title} {title}