My name is Laine McCall and I’m a research intern for WDC. I began as a field research intern in the summer of 2015 and returned this summer to help WDC pilot a new behavior study. 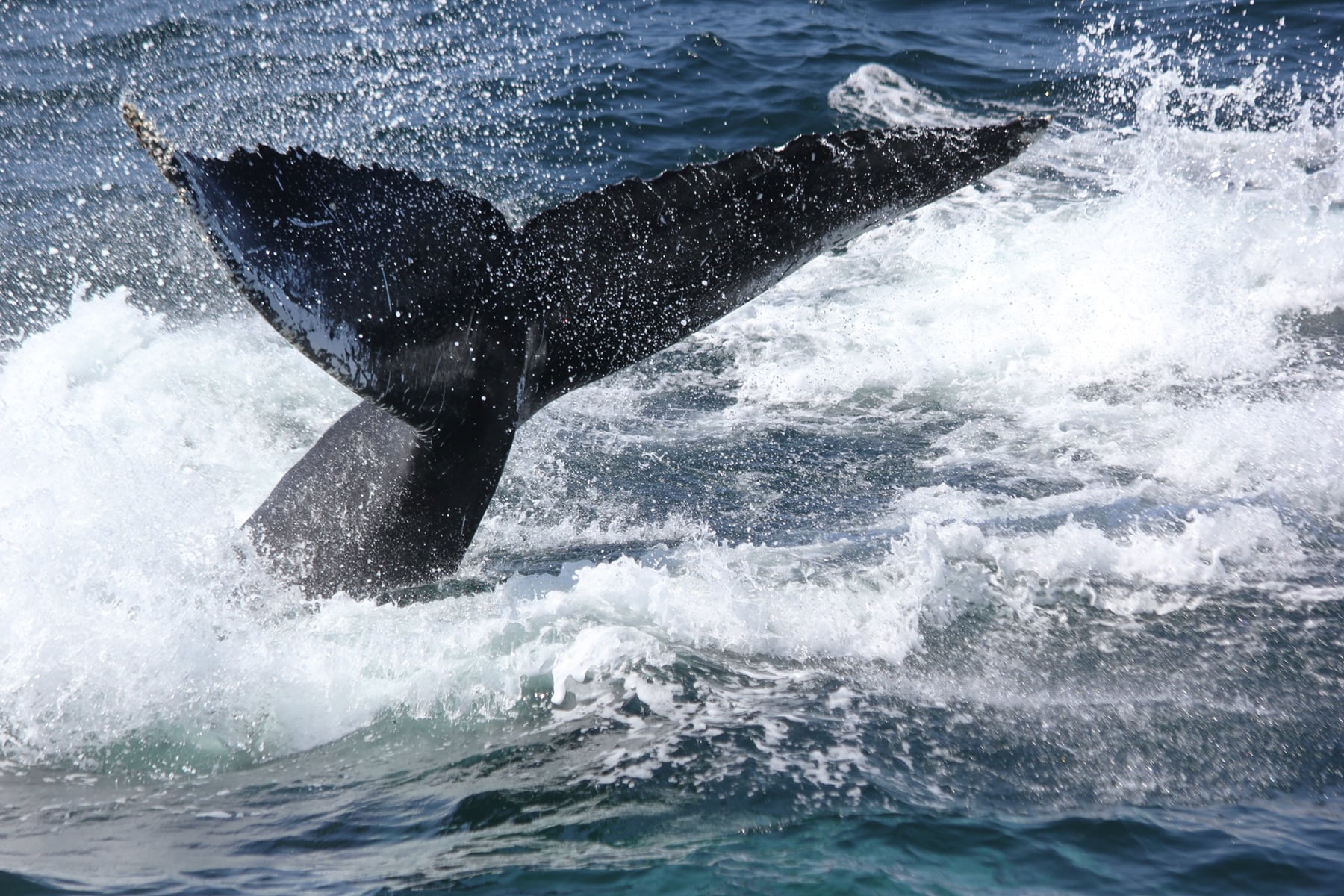 This summer, WDC started data collection for a new study asking the question as to whether humpback whales have personalities.   Looking at personalities from a scientific point of view means looking at how individuals consistently behave differently over their lifetimes.  Trying to figure personality types of whales is a big challenge. We are starting by looking at how they eat, and specifically, a technique called kick-feeding.  When a humpback whale “kick-feeds”, they kick, or slap the water surface to disturb fish before they create bubble clouds or nets to entrap the fish in a tighter circle, allowing them a larger mouthful.  This behavior appears to be unique to humpback whales feeding in the Gulf of Maine and was first seen in the early 1980s.  This feeding method is also an example of how social learning can spread through the population of whales. These whales learned this feeding strategy from their peers, not from their mother when they were a calf, the same way you may have learned about a new band or television show.  Not all Gulf of Maine humpback whales kick-feed, however, some strictly create the bubble clouds or bubble nets without the initial kick. 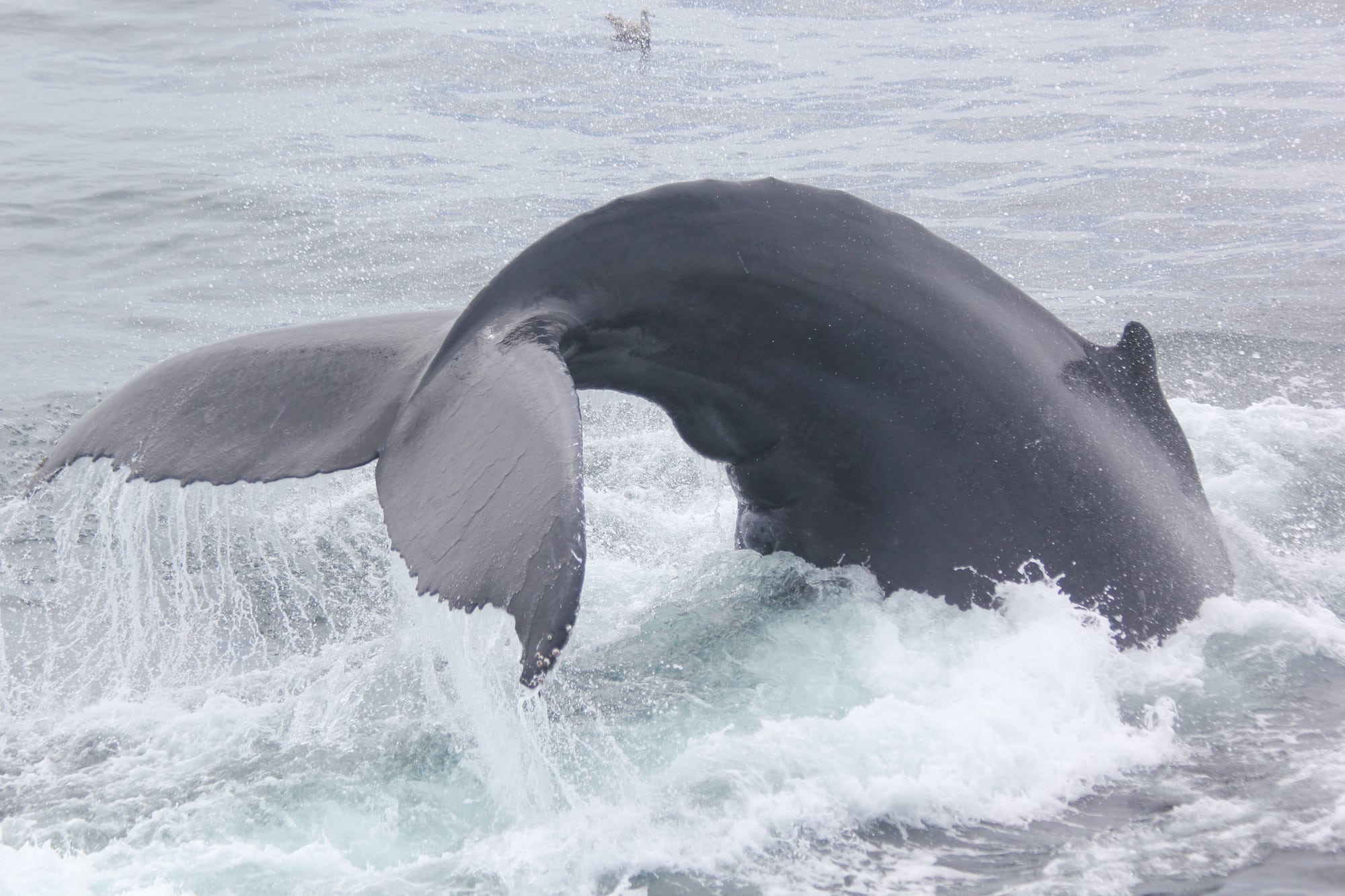 For this study, we are recording video footage to see if Gulf of Maine humpback whales, including many of the whales in our whale adoption family, display unique characteristics when they kick-feed. From what we’ve seen so far, there are some distinct differences between the kick-feeding styles of individuals with some whales kicking just once, while others “kick” several times before beginning the bubble net. Most of the whales have fast, forceful kicks while others are slower and more dramatic.   We don’t yet know if some of these differences are a factor of how deep the fish are, or the types of fish they are eating, or indeed if the whales are at different stages of learning how to kick-feed with the most efficiency. But so far, it does appear that individuals are consistent with their style.  We even suspect that some whale rarely (or never) kick, but reap the rewards of the kicking efforts of others and we need to investigate this further.

In the video below, can you pick up on any differences between Abrasion’s and Tornado’s kick-feeding styles?

Not that we here at WDC need to be convinced to appreciate whales, but learning about the social complexities of these fascinating whales can provide further evidence that these intelligent creatures deserve to be saved. I hope you’ll follow our updates on this project as it progresses, and consider supporting our work.

Posted in Blogs & Articles and tagged science
Preferences
We use cookies to help give you the best experience on our website and information about how you can support us.
Manage options Manage services Manage vendors Read more about these purposes
View preferences
{title} {title} {title}