UPDATE! (Weds 19.10.2016)  WDC today discovered that whale meat was recently available on eBay US, where a can of Kinoya Canned Rare Sunoko Whale Meat was on offer for $45 including shipping.  The listing was ended by the seller on 06 October 2016 as “the item is no longer available”. It is currently unclear what quantity of whale meat was originally offered on eBay US and for what period of time.

Days before governments from around the world meet to discuss Japan’s flouting of international laws governing whale hunting, WDC has exposed the open and illegal sale of several whale products to overseas customers.

The 66th meeting of the International Whaling Commission (IWC) beings on 20th October in Slovenia, and this year Japan’s continued whale hunting for so-called ‘scientific research’ will be the dominating topic. WDC’s discovery will place yet more pressure on the Japanese delegation at the meeting, and once again lays bare Japanese claims that their research hunts are not for commercial profit but provide important scientific data.

WDC can reveal that Tokyo-based online sales company, Japan Trend Shop specifically offers several whale products to overseas customers with prices in sterling, dollars and Euros, and the website promises worldwide express shipping, incredibly even telling buyers ‘If you still have some environmental concerns, rest assured that the meat contained in this product comes from animals that have been killed as part of scientific research.’

Earlier this year, the International Union for the Conservation of Nature called on Japan’s government to end it’s ‘scientific’ whale hunts. The International Whaling Commission’s own Scientific Committee of experts recently looked at Japan’s research whaling and concluded that it was not scientifically justified, and the International Court of Justice has also ordered Japan’s scientific whaling programme in the Antarctic to stop on the grounds that it offered little scientific value. 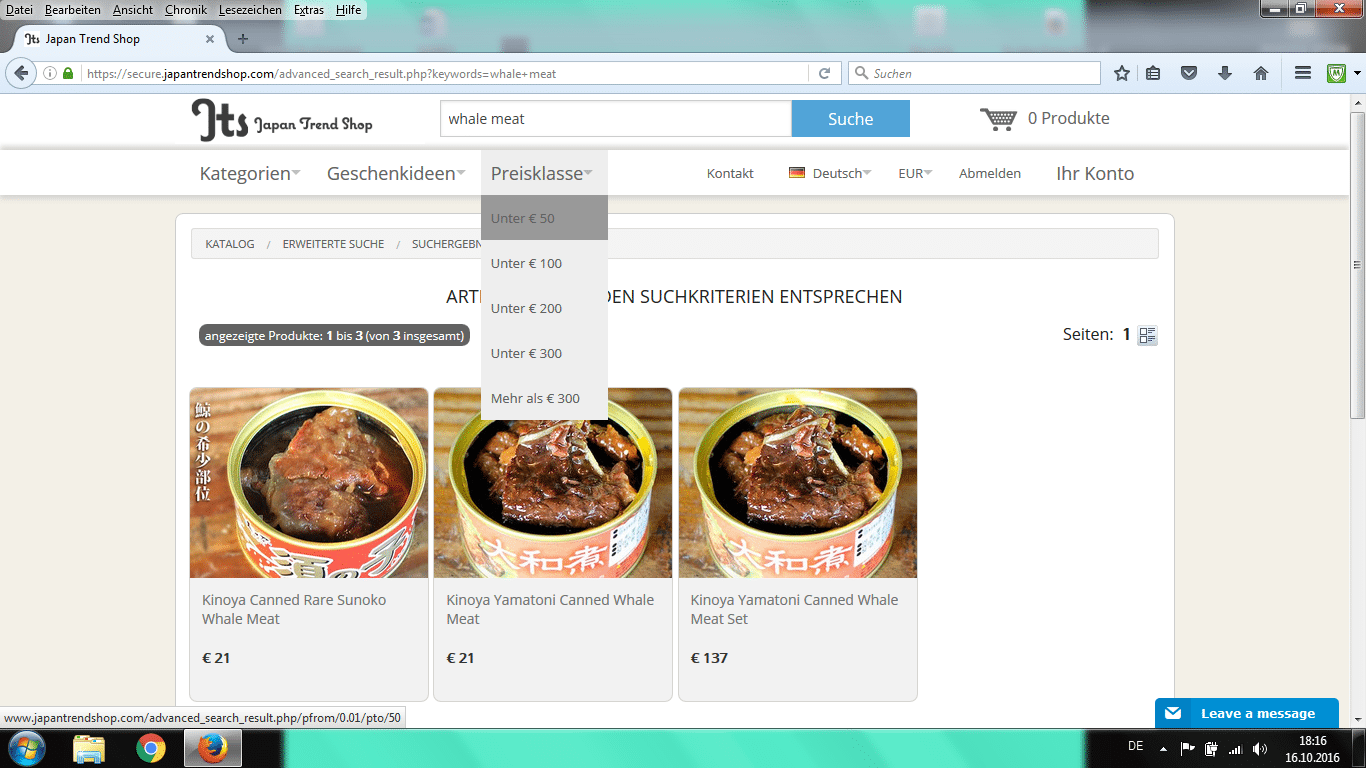 International trade in whale products is strictly prohibited by the Convention on International Trade in Endangered Species of Wild Fauna and Flora (CITES) and additional national laws in many countries, including the US and EU. Although Japan holds a reservation to the listing of some whales the number of countries it can potentially trade whale products with is limited to Norway and Iceland. Having a website in several European languages, including English, can therefore only be explained by the intention to illegally sell to customers in the US and the EU.

According to the Japan Trend Shop, the meat on offer is sourced from Kinoya Ishinomaki Suisan Inc., a Japanese canned goods producer with a long history of producing whale meat, which sources the meat from Japan´s ‘scientific’ whaling programmes.

“This blatant and illegal attempt at creating international interest in whale products as a ‘novel delicacy’ highlights the strategy of the Japanese whaling lobby. While this year all conservation-minded countries are celebrating the 30th anniversary of the moratorium on whaling, the Japanese government clings to its attempt to revive an industry that the global community has already assigned to the history books”, says Chris Butler-Stroud, WDC´s CEO.

“The Japanese Government is trying to convince the IWC that it can manage its whaling if given a quota, but its blatant failure to regulate and control this trade whilst whaling is banned shows just how bad it will be if the moratorium was ever lifted,” Butler-Stroud concludes. 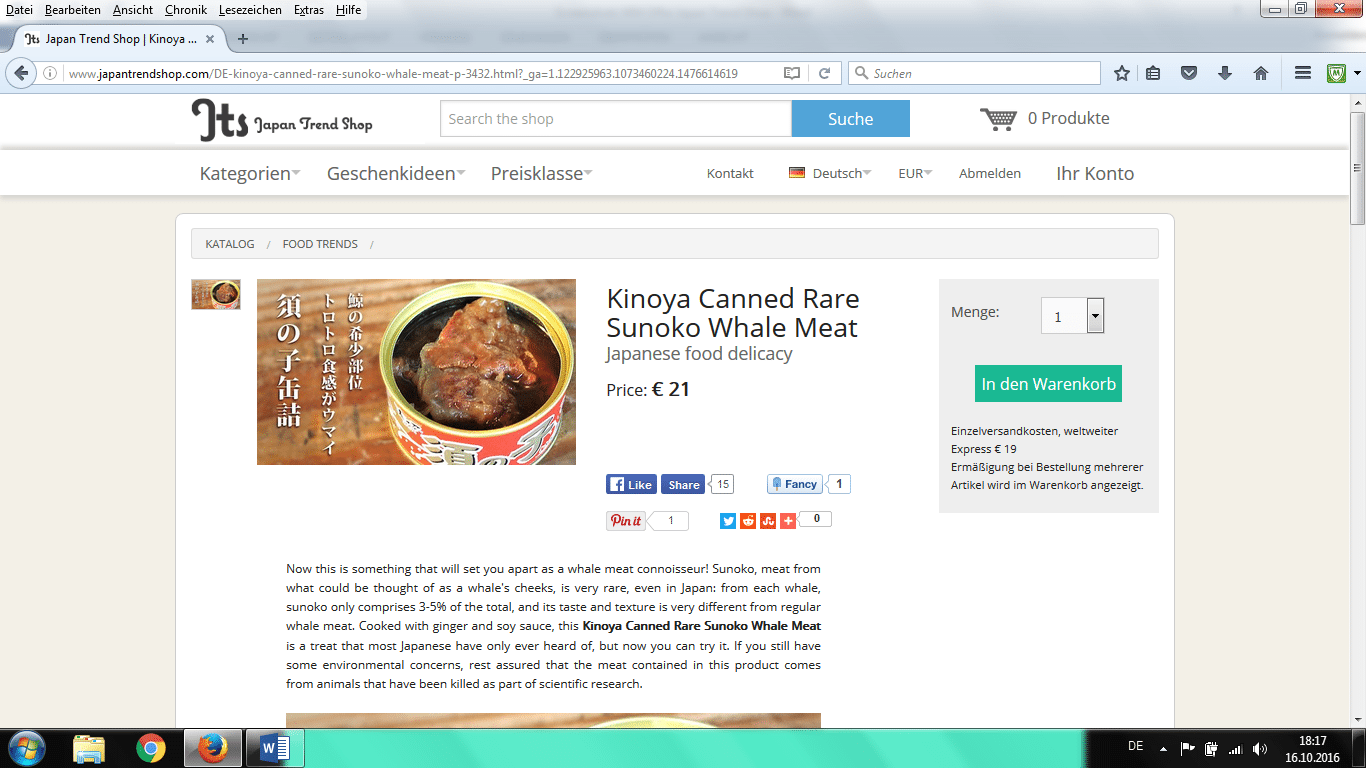 *WDC believes that the online store may now have taken action as a result of WDC’s investigation, and so some links may not be working anymore.

Posted in News and tagged CITES, IWC, IWC66, Japan, Whaling
Preferences
We use cookies to help give you the best experience on our website and information about how you can support us.
Manage options Manage services Manage vendors Read more about these purposes
View preferences
{title} {title} {title}