I’ve had that tune in my head a lot these last few days, what with the great Bob Dylan being awarded the Nobel Prize in Literature and TripAdvisor announcing that it will no longer allow users to book activities that involve contact with endangered species or captive wild animals.

I started working at WDC in 2000 and things have changed a lot since then. In those days, if I talked to someone about dolphins in captivity, more often than not it wouldn’t even have crossed their mind that there was an issue. Now, whatever your feelings on the subject, I don’t think many people in this country would be unaware that there is controversy around keeping whales and dolphins in tanks.

This shift in public consciousness isn’t just around whales and dolphins. As a society we are far more aware of the dubious ethics of using any non-human species in a circus, to give us a ride or to entertain us. Can you imagine the P.G. Tips chimpanzee advert making a comeback? I don’t think so.

The hard work and tenacity of organisations like WDC and the public profile given to the issues by films like Blackfish have opened people’s eyes. The rapid growth of technology means everyone has a camera in their pocket and everyone can shoot video. The communications revolution means that we are all potential investigative journalists with an eager readership. Ideas can be shared at a rate we couldn’t really have imagined, even as recently as 2000.

To this end we are working hard to facilitate change within the travel industry. Days after we launched our campaign urging Virgin to stop selling trips to SeaWorld, Richard Branson instructed Virgin Holidays not to do business with any company that didn’t pledge never again to take whales and dolphins from the wild. He also called a ground-breaking meeting bringing together representatives of the captivity industry, the travel industry and whale and dolphin experts and campaigners, including WDC.

We are trying hard to stop British Airways supporting SeaWorld and we are keen to meet with them to discuss the irrefutable science that they asked for and to explore a change to their position following SeaWorld’s decision to phase out its captive orca programme.

An ally in our efforts is ABTA, the UK’s largest travel association, who in 2013 created welfare guidelines for animals in tourism including dolphins in captivity.  We fed into the development of the guidelines and contribute regularly to their animal welfare working group. 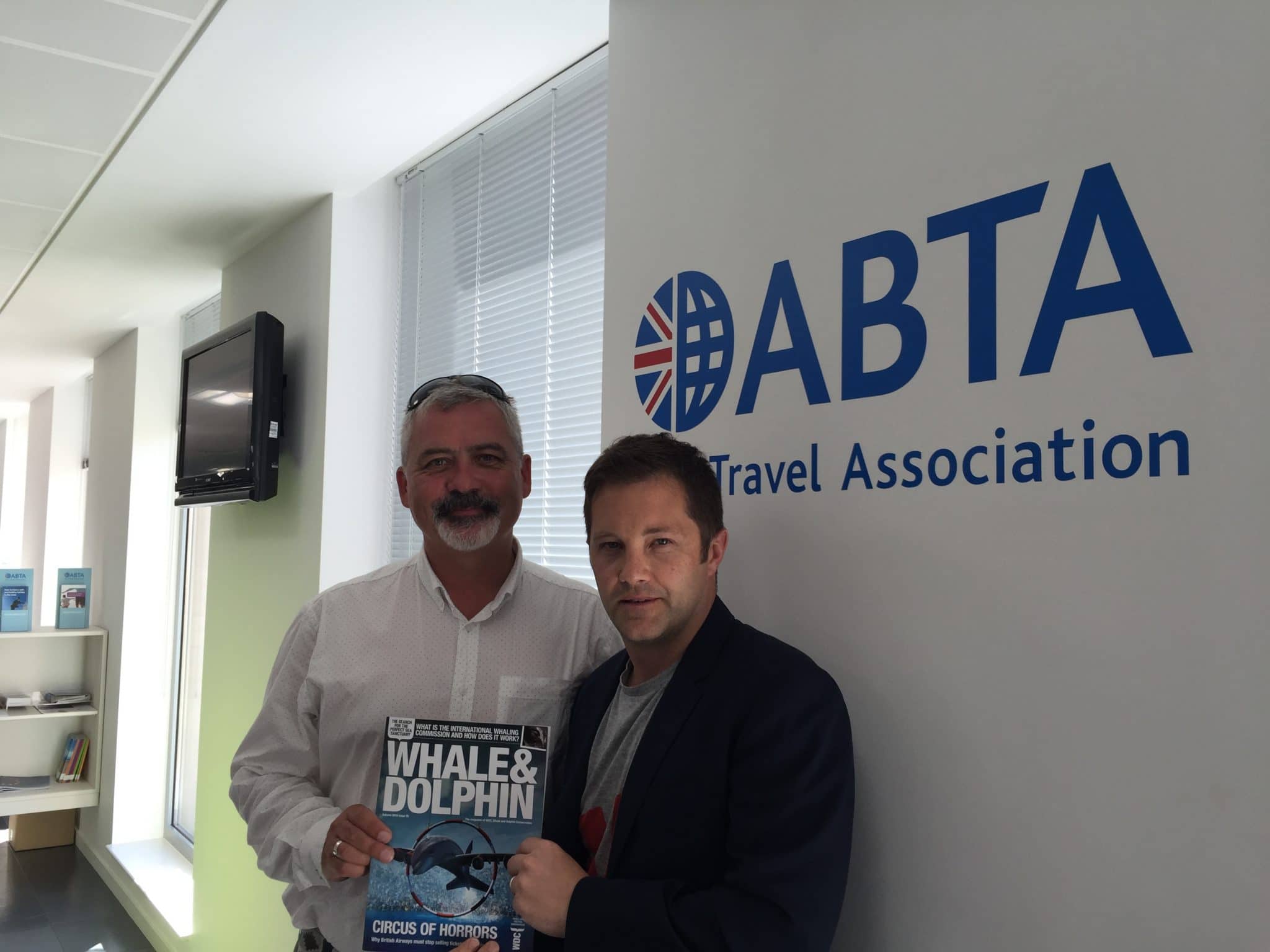 My colleague, Rob Lott met with ABTA a few weeks ago and had a really positive discussion. He reported back that ABTA are making implementation of the guidelines a priority.  They are due to review the guidelines in 2018 and so we will contribute to that. Trusted organisations like TripAdvisor and ABTA are acknowledging the issues and endeavouring to be a part of the solution.

We’ve got a long way to go, don’t get me wrong, but when I reflect on the struggle it used to be to even get people to recognise that keeping whales and dolphins in tanks for human entertainment might not be harmless fun, I realise how far we have come. One day as a species we will look back in shame at the way we treated the creatures we share this planet with. But for now, the times they are a-changing, and on days like these when I am feeling hopeful, I think they are changing faster than we really ever dared to believe that they would.