Last week, I reported that after five years, Iceberg, the big all white male killer whale has been resighted by WDC’s Far East Russia Orca Project (FEROP) team.  Iceberg is still travelling with his family of fish-eating orcas – 12 or 13 orcas in his pod, all except him normal looking. He’s now at least about 22 years old. We can tell because when we first saw him his large dorsal fin had already grown to its full 6-foot height, making him mature.

Iceberg’s health is good news. On Sept. 1, our FEROP team published a paper on white killer whales in the scientific journal Aquatic Mammals. Over the past decade in Russian waters we have found at least five and possibly eight different all white killer whales. Iceberg is the only mature male; the others are mostly immature juveniles and calves except for two mature females.

We estimate that roughly one in 1,000 killer whales in Russian waters are all white. This is probably the highest ratio in the world. The incidence of albinism in mammals is 1 in 10,000. By comparison, in the Antarctic, home of probably half the world’s killer whales, white killer whales have never been seen. The odd white killer whale has been found historically in other areas, including a young female albino named Chimo who was captured in 1970 off Vancouver Island, Canada, who died 2 years later in an aquarium from a rare genetic disease, Chediak-Higashi Syndrome.

Our paper suggests that most of the five to eight white killer whales in Russian waters are true albinos, rather than leucistic, but we don’t know for sure. Leucism is a pigmentation condition of whiteness with splotchy patches of white whereas albinism tends to have solid white or pale yellow colouring.

White killer whales are extraordinarily beautiful. They stand out of course. And yet we have no evidence of any aggression toward them, or that they become outcasts. They are completely accepted in their pods. Yet albinism is a dubious honour. In the paper we express concerns for the high number of white killer whales in Russia. As reported in our paper, the prevalence of albinism probably indicates inbreeding and it highlights how vulnerable killer whales are not only to environmental and human-caused factors but also to the internal mutation load which can become a significant threat in small inbred populations.

Iceberg, for his part, may be one of the lucky ones: He has already lived to male orca middle age and is still apparently in good health. We hope to meet him again soon.

Adopt an orca and help support our vital work to protect these magnificent creatures. 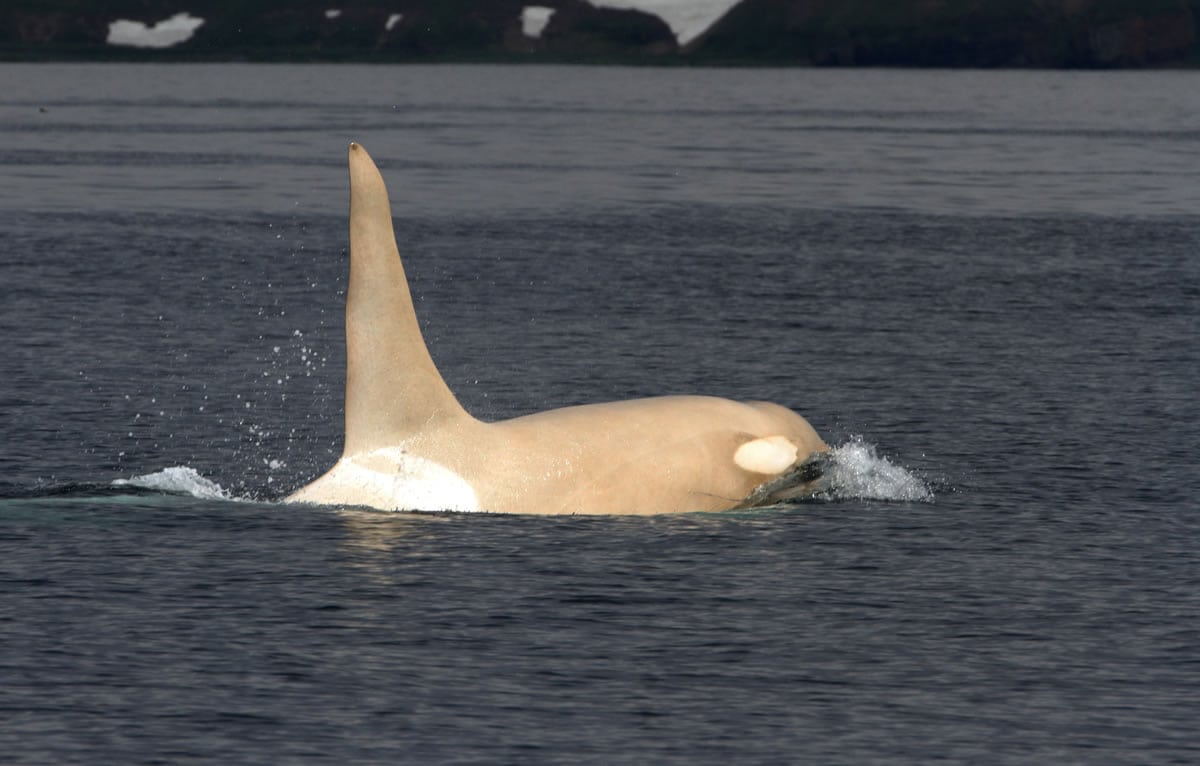