Is it time to reframe the conversation?

A recent article published in Oceanography by Dr. Phillip Clapham is entitled Managing Leviathan: Conservation challenges for the great whales in a post-whaling world.  In the article, Dr. Clapham reviews the history of modern whaling (i.e. industrial, commercial whaling) and its removal of nearly 3,000,000 whales in the 20th Century alone, reducing some populations by 99% of their pre-whaling abundance.  To give some perspective, a reduction of this size would be comparable to reducing the current US population to a place where only the residents of the city of Los Angeles would remain.

Clapham details what he refers to as The Era of Excess, reporting on the excess of legal catches as well as exposing the impacts of the unreported illegal takes that occurred, primarily by the former USSR, further devastating whale populations.  In one example he notes that Soviet whalers reported killing 2,710 humpback whales but actually slaughtered more than 48,000, of which 25,000 were killed in just two whaling seasons.  He references data in which he and his colleagues identified 11 populations of baleen whales which whaling had driven to extinction.  That is not to say that the species do not remain, but, just as with humans, whale species too have their own irreplaceable historic cultural societies, some of which are now lost forever. 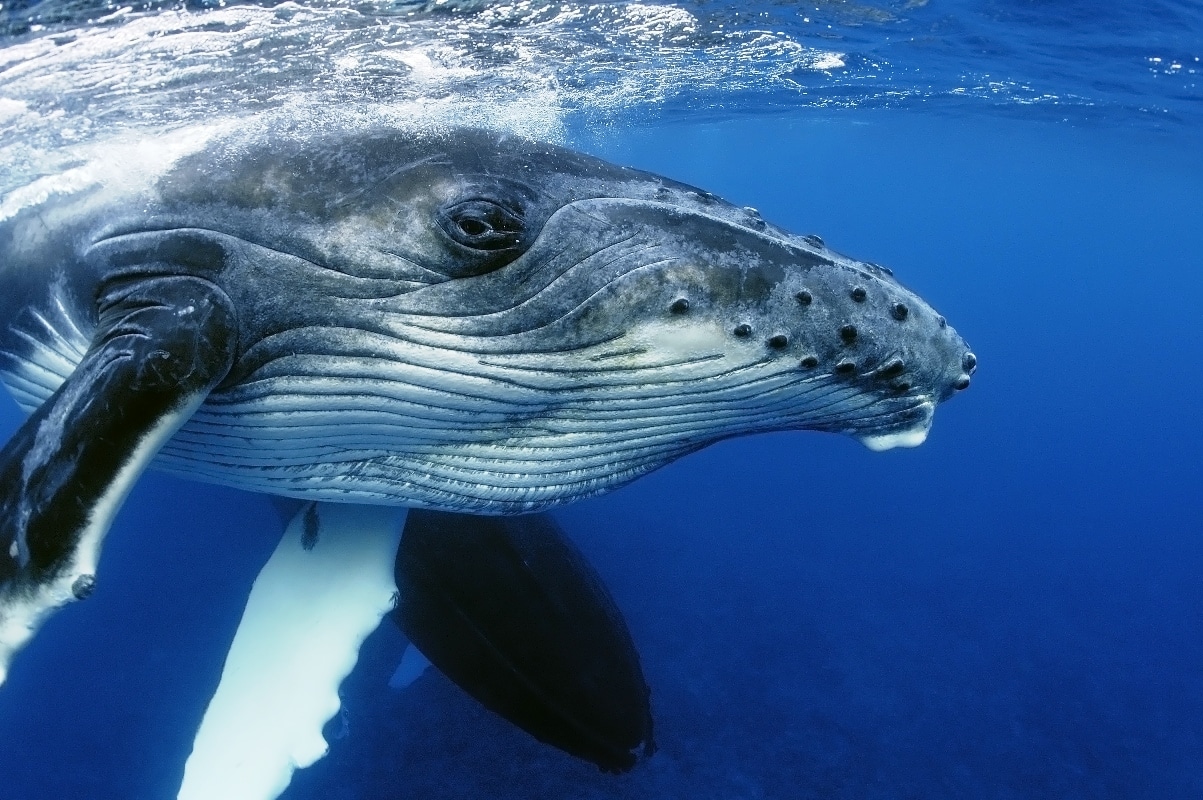 While Clapham notes that some whale populations are recovering, he also provides an overview of the current threats limiting their recovery, highlighting entanglement/bycatch, ship collision, noise and pollution. However, he spends time considering the big unknown of whale recovery – climate change. He notes that some whale species may be able to cope with expanding new habitats while others may be impacted by prey depletion, glacial retreat and ocean acidification.

But it is his final segment that may be his most important where he credits the recent research of Joe Roman, James McCarthy, Trish Lavery, Lavenia Ratnarajah, Andrew Pershing and their colleagues, all of whom point to the significant ecological role played by whales in the marine ecosystem and, as a result, the health of our shared planet.  These data demonstrate that whales make iron, nitrogen and other nutrients available to surface dwelling phytoplankton, the primary producers who photosynthesize much of the air that we breathe and serve as a food source for tiny zooplankton who, themselves are preyed upon by fish and krill and other marine life which become sustenance for still others, including the commercially valuable fish on which much of the world relies.  These data also reveal that whales sequester carbon and can help combat the increasing impacts of climate change.

According to the United Nations, climate change now impacts each every single country on each continent, impacting the lives of individuals and communities as well as disrupting national economies.  From farmers whose crops suffer from droughts to global fisheries which “assure the livelihoods of 10-12% of the world’s population” to the availability of drinking water, climate change impacts us all.

Clapham concludes what WDC has always believed that “the continued recovery of the world’s great whales is a conservation goal that is not just noble and appropriate but also very much in our self-interest.”  That is to say, that WDC’s vision of a world where every whale and dolphin is safe and free is not a noble gesture, but a necessary goal for a healthy planet on which humans and wildlife can survive and thrive.

The bottom line is that we need whales.  We should not be setting upper limits at which we consider them no longer in need of protection – protecting their future protects ours. The conversation must advance from one in which we discuss their “management” to one in which we not only promote and enable their recovery, but ensure that they can thrive.  There are no thresholds of removal that we should consider sustainable – whether it be the loss from whaling, ship strike, bycatch or live captures – removing them from their roles as ecosystem engineers is ultimately our loss and it needs to stop.

Obviously recovering the great whale populations alone is not enough to create and maintain a healthy global ecosystem and economy, but the fact they have a significant ecological role should not be dismissed; and neither should the role of WDC and other organizations/ individuals whose work leads to meaningful protection.   We are not so naive as to think that all of the world will grow to love and appreciate whales and dolphins the way we do. Indeed, loving whales and needing them are two different things but what we could, and should, all agree is that we increasingly need a world where every whale and dolphin is safe and free.

Subscribe to WDC’s blog and receive a weekly digest of the the latest happenings for whales, dolphins and their homes.

Posted in Blogs & Articles and tagged Climate Change, Iceland, Japan, Norway, science, Whaling
Preferences
We use cookies to help give you the best experience on our website and information about how you can support us.
Manage options Manage services Manage vendors Read more about these purposes
View preferences
{title} {title} {title}