Captive breeding is tricky for whales and dolphins.  The unnatural environment, stressful conditions, and lack of a normal social setting may all contribute to the high mortality rates for infants and lack of successful reproductive efforts for captive individuals.  Some whales and dolphins, like orcas, learn how to care for their young from their own mothers – they play active roles in their family and social groups in “babysitting” and helping to take care of new calves.  In captive settings, without this social support, individuals may never learn how to properly care for their young.

To meet the demand for captives in the marine parks trade, this means that whales and dolphins are still taken from the wild and sold to parks all over the world.  In recent years, populations around Japan, Russia, and in the Caribbean have been heavily targeted and sold to the growing captivity industry in Asia and Russia.  The capture process is terrifying.  The holding tanks are appalling, and individuals may wait for months before being sold and going through a stressful transfer process to their next destination.  They are ripped from their families, companions, and homes, and sold into a life of performing tricks for rewards.  The whales and dolphins left behind suffer too – their social groups are disrupted, they are traumatized by the process, and the conservation status of the communities targeted is often unknown. 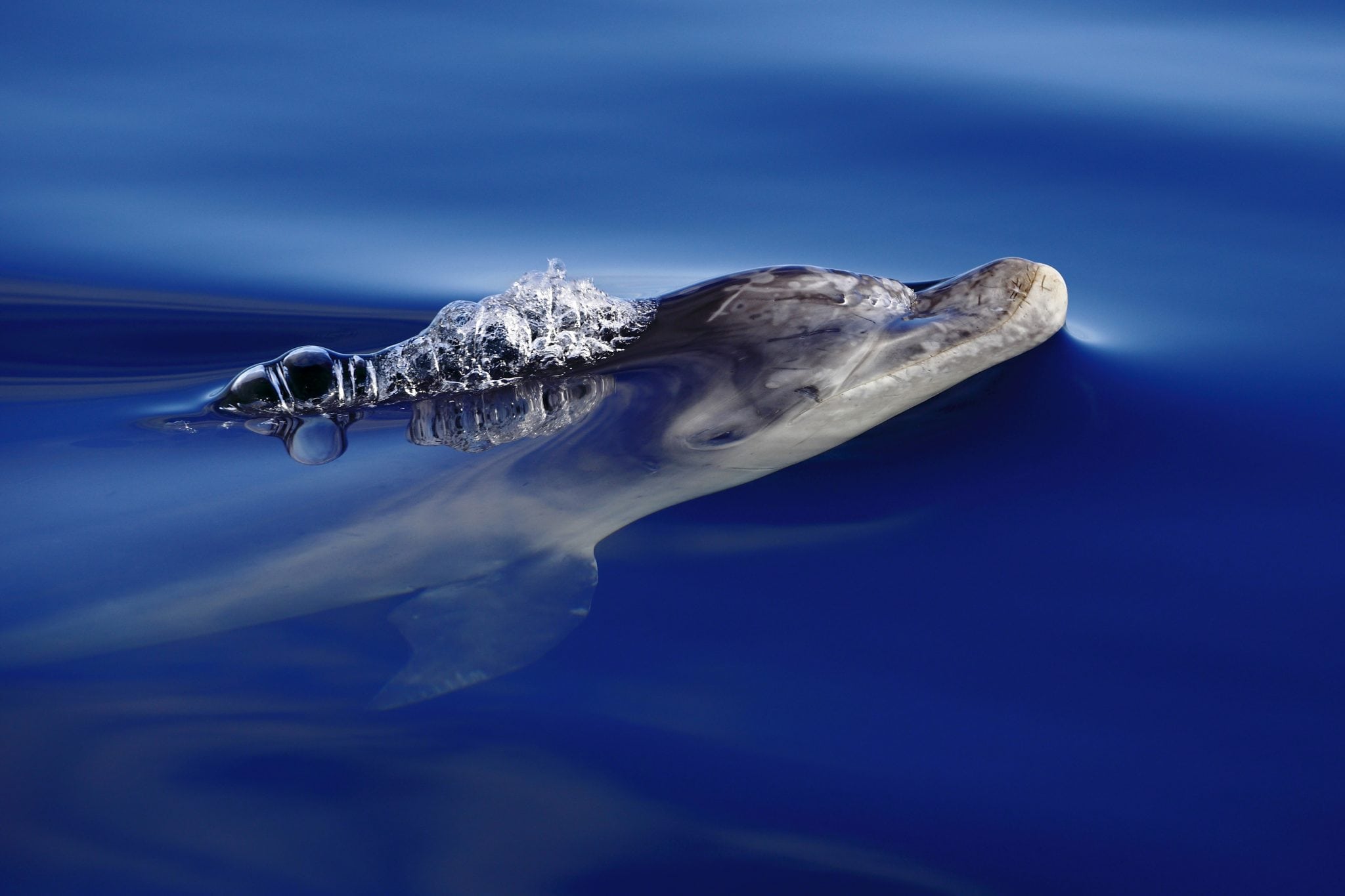 Live capture methods are harsh, violent, and traumatizing.  Groups of whales or dolphins are rounded up in high-speed boat chases and chased into shallow waters or surrounded by nets, which they may get tangled in and be trapped underwater.   These events have a lasting impact on both the captured individuals and those left behind; mortality increases six times higher than average during and immediately after captures.  After capture and awaiting a sale, the whales and dolphins are often held in small, temporary tanks that may lack filtration, shade, or protection.  Transport to a facility may involve days of travel and transport in slings or crates, a highly stressful process for a creature used to the movement of open water.

When people swim with whales and dolphins in “encounter programs,” they may be swimming with wild individuals who used to know the freedom of the open sea, and who may be carrying viruses or bacteria that can be transmitted to humans.  The stress of captivity can exacerbate underlying health issues in whales and dolphins, negatively impact the immune system, and the unnatural setting can place them at risk for contracting diseases they are unlikely to encounter in the wild – like West Nile virus.  Even individuals that may appear healthy may carry infectious diseases that can be transferred to humans.  Multiple types of zoonoses (diseases that can pass from animals to humans) are found in marine mammals – including brucellosis, staph infections, influenza, and tuberculosis. 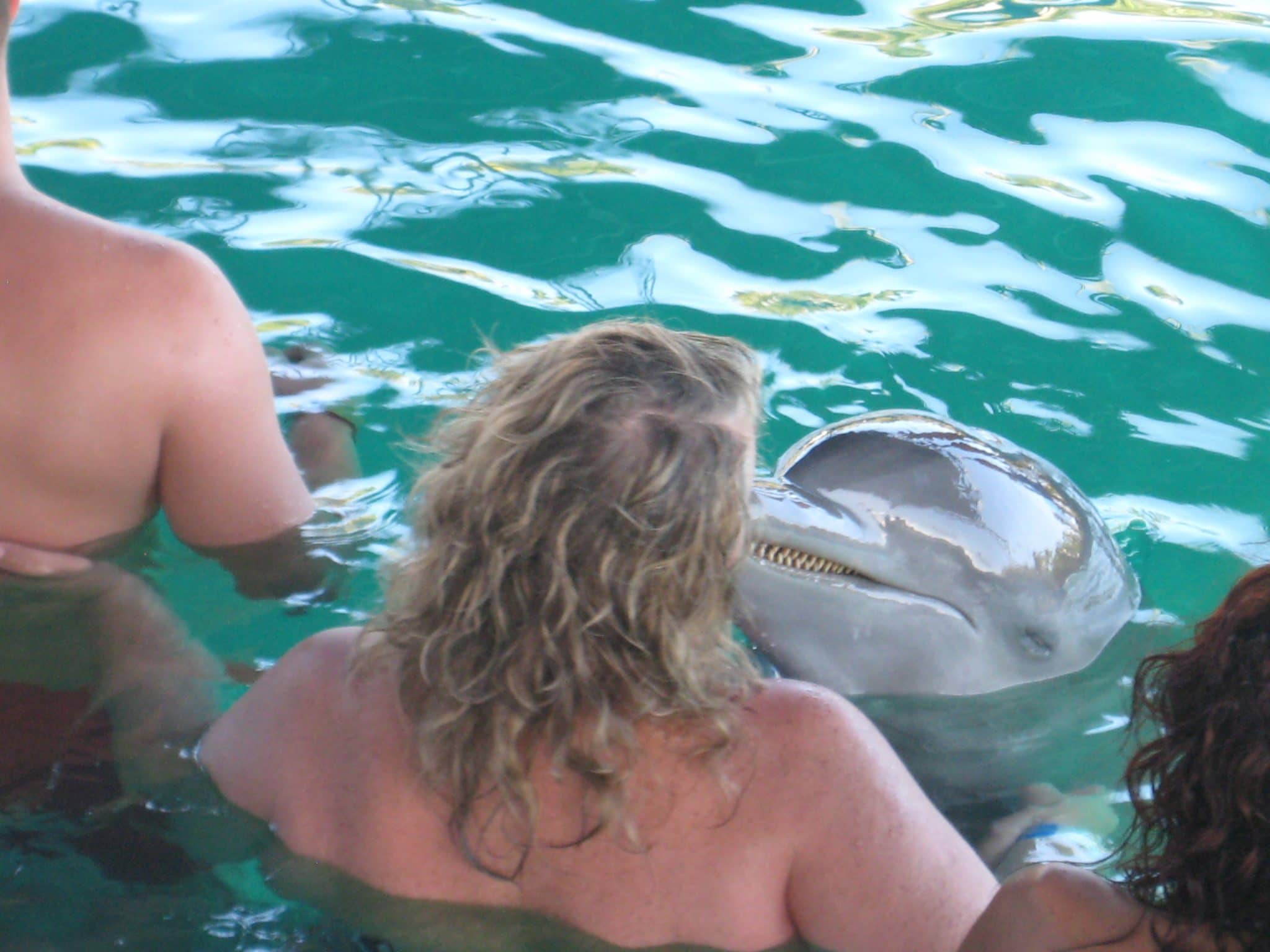 Illness and injury can go both ways – respiratory infections, bacteria, and fungal infections can be transmitted from humans to whales and dolphins.  Individuals used in encounter programs can be injured by the nails or jewelry of people handling them; sunscreen and lotions can irritate their skin and contain toxic chemicals.  As top-level predators in their ecosystems, dolphins and whales are capable of causing serious injury to people.  There are many reports of bites, ramming, body-slamming, and other aggressive behaviors both between dolphins and the public and among the dolphins themselves – even though official reporting requirements for encounter programs in the United States have been suspended for over 17 years.

Swimming with whales and dolphins – in captive settings or in the wild – is dangerous for all involved.  Protect yourself and the whales and dolphins.  By taking the Pledge Never to Plunge, you are sending a powerful message to the marine parks that offer these programs and hold whales and dolphins captive – captivity is wrong, and it’s time to end the cruel practice for all the #forgottenwhales and #forgottendolphins.

Posted in Blogs & Articles and tagged captivity, forgotten dolphins, forgotten whales, SWTD
Preferences
We use cookies to help give you the best experience on our website and information about how you can support us.
Manage options Manage services Manage vendors Read more about these purposes
View preferences
{title} {title} {title}