Each year in June, residents of Washington State celebrate the return of the critically endangered Southern Resident orca community to local waters with an annual Orca Month celebration.  These fish-eating orcas return to the inland waters of the Salish Sea each spring and summer to forage on salmon, which are also returning to the area after growing to adults in the ocean.  The month is filled with events both educational and celebratory to raise public awareness about the Southern Residents and their plight.  This year, for the first time, the state of Oregon and Canada’s province of British Columbia have also proclaimed June as Orca Awareness Month, and there is now a proposed resolution in Congress to have June named “National Orca Protection Month” nationwide! 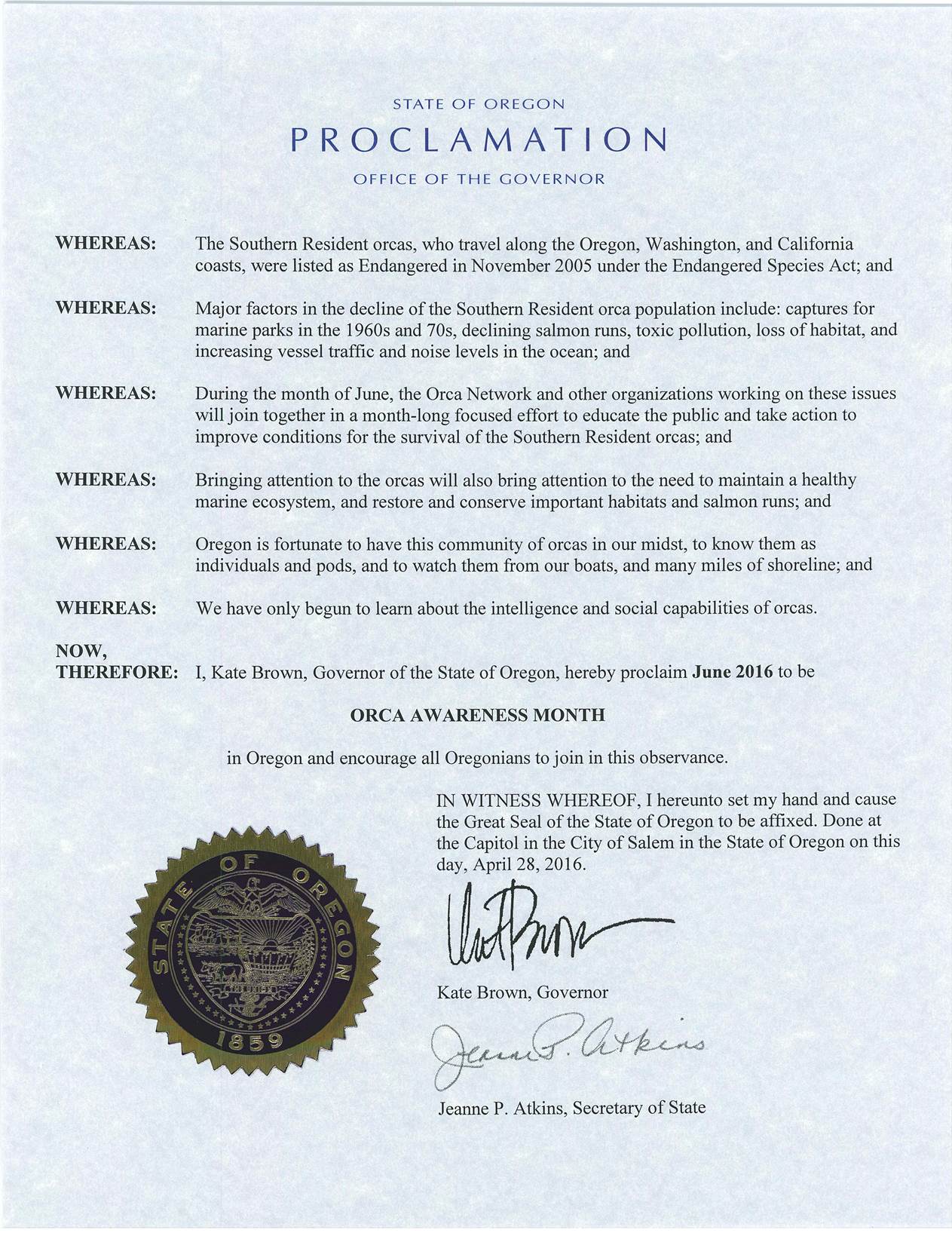 WDC, in partnership with the Orca Salmon Alliance (OSA), is proud to be taking a bigger role in Orca Month this year and helping to increase outreach efforts and the scope of events.   OSA kicked off Orca Month with a Baby Orca Birthday Bash at Alki Beach in Seattle, celebrating the eight surviving calves of the recent “baby boom” (the current status of the newest Southern Residents will hopefully be confirmed by the Center for Whale Research’s annual census on July 1st).  The event featured live music, orca storytelling and craft projects, Mike the inflatable orca, an orca fort, face painting, and a birthday cake competition (orca-themed, of course) from local bakeries.  The Birthday Bash was a huge success, drawing in more than 350 people from all over the Pacific Northwest. 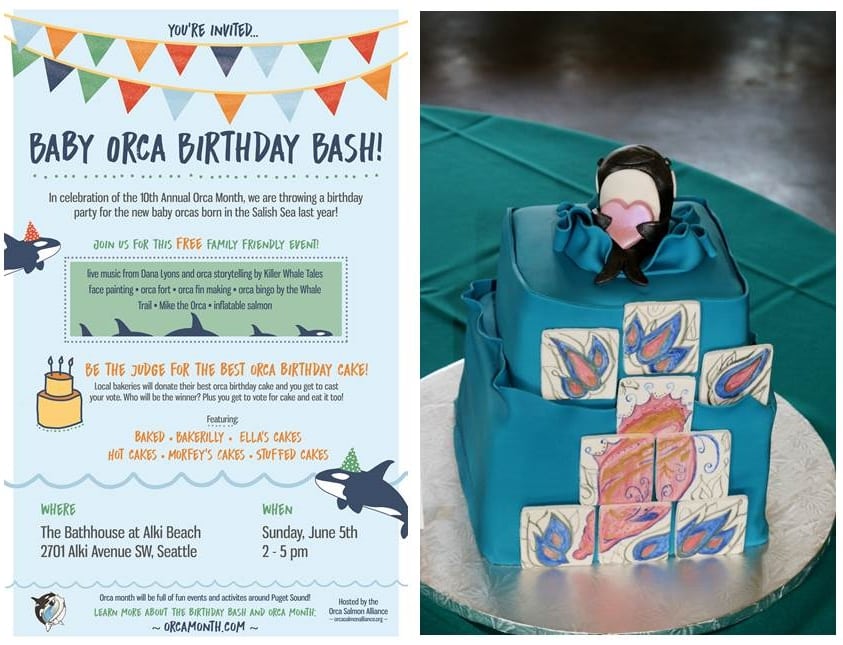 In another celebration of Orca Month, WDC finalized our #MaydayMonday campaign to expand critical habitat protections for the Southern Residents and, with partner organizations the Endangered Species Coalition, Center for Biological Diversity, and Natural Resources Defense Council, presented over 105,000 signatures to the National Marine Fisheries Service.  The petitions asked for increased protection for Southern Resident orcas, including designating their coastal range off Washington, Oregon, and Northern California as critical habitat.  NMFS has delayed proposing a critical habitat revision until 2017 or later, and in a collaborative effort from our groups, we have asked them to expedite the process.

WDC hosted an online webinar, “Orcas of the Pacific Northwest,” on June 9th to encourage people everywhere to get involved with Orca Month.  Our expert panel discussed the different kinds of orcas that live in the Eastern North Pacific (off the West Coast of the US and Canada) and took questions from the audience.  The video is still available on our Orca Month page and YouTube channel if you missed the livestream!

Orca Month was created ten years ago by Orca Network to bring together researchers, advocates, and killer whale lovers everywhere to focus attention on the plight of Southern Residents and encourage efforts to recover the population. We still have a whole week left in Orca Month and plenty of events to enjoy if you’re in the Washington, Oregon, or British Columbia area.  And if you can’t make it to any Orca Month activities, you can celebrate by adopting an orca from WDC and supporting our ongoing work to protect the Southern Residents and orcas worldwide! 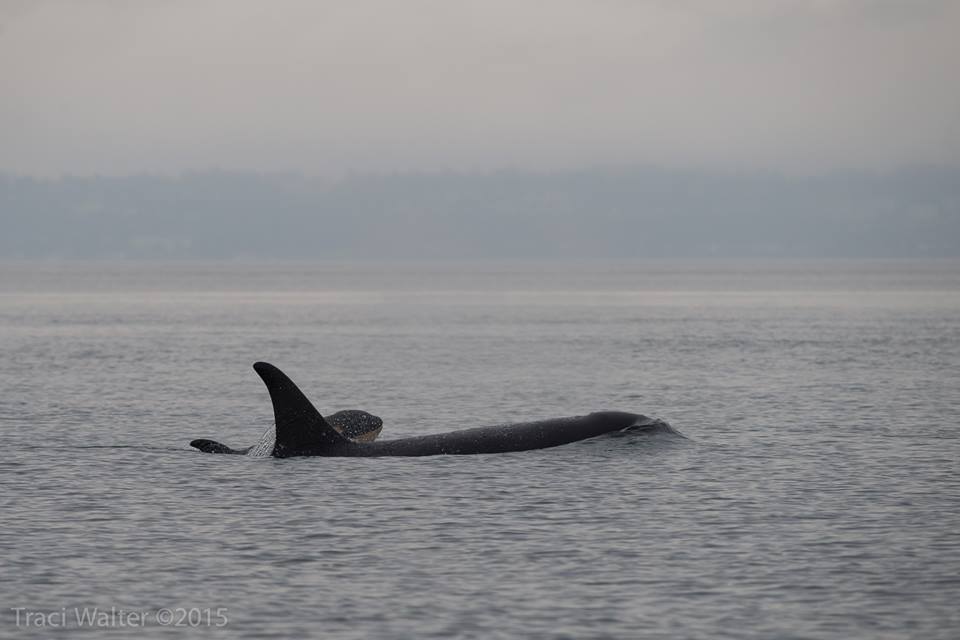