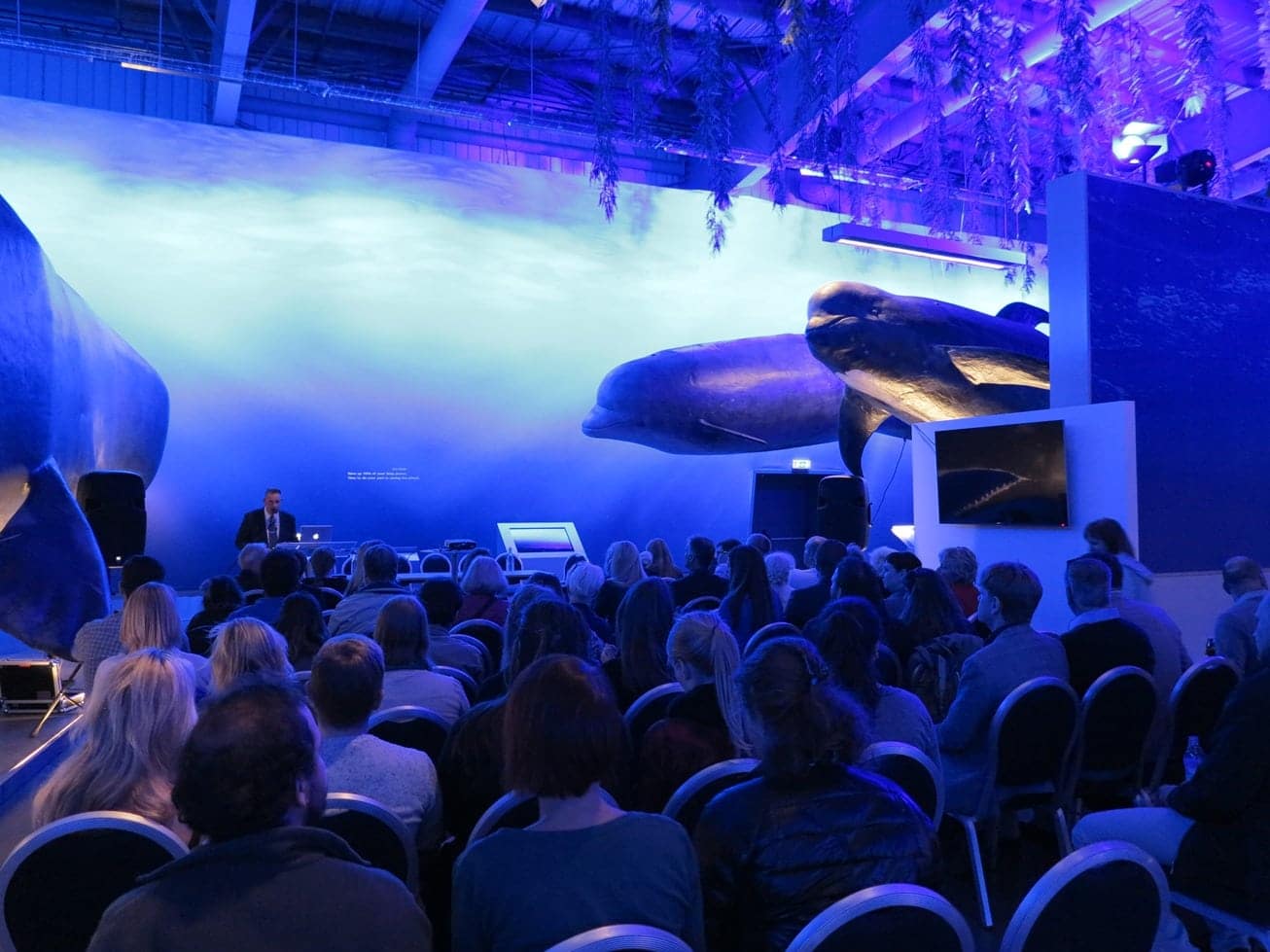 Last night, WDC was delighted to host a packed event commemorating 25 years of whale watching in Iceland. The event was held at the Whales of Iceland exhibition in Reykjavik’s Old Harbour area, where, surrounded by lifesize models of the 23 species of whale and dolphin found in Iceland’s waters, guests from Iceland’s whale watching, research, conservation and tourism communities were welcomed by Ásbjörn Björgvinsson, long-time friend of WDC and the man who had the vision and the belief to help pioneer the concept of whale watching in Icelandic waters, back in the 1990s.  Ásbjörn recalled the ridicule that greeted him and others when the idea was first mooted, but those early discussions and occasional trips led to a seminal workshop in 1995, organized by WDC, that led to the explosive growth in whale watching that has continued to this day. 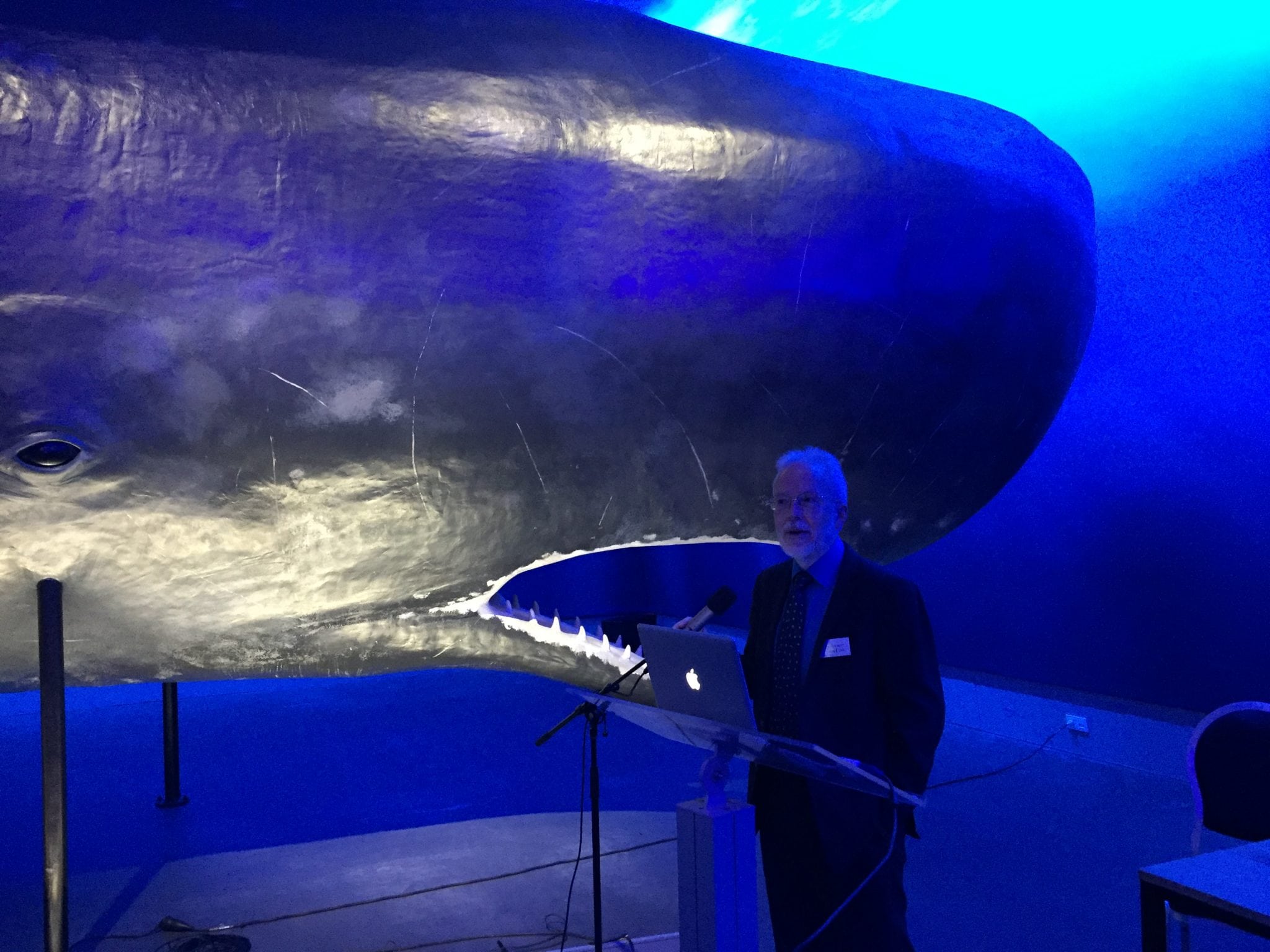 Erich Hoyt, WDC Research Fellow and head of WDC’s Homes for Whales campaign, who helped lead that early workshop, then took the floor.  Erich reminded the audience that the high quality of whale watching in Iceland over the past couple of decades has delivered many benefits, including research and education about Icelandic whales that reaches, currently 272,000 people a year, according to IceWhale, Iceland’s whale watching association.  Erich reported that, since 2010, Icelandic whale watching is believed to have grown faster than anywhere else in the world, a rate of 20% average annual growth rate. An astonishing 1 in 5 tourists to Iceland now go whale watching. Several areas of Iceland, including Husavik, Grundarfjordur and Akureyri in the North and Reykjavik’s Old Harbour have literally been transformed by whale watching and associated businesses. But with success, of course, comes responsibility.  Erich outlined the challenges for the future and introduced the concept of securing marine protected areas or reserves to protect “the stars of the show” that the whales have clearly become, in the hearts and minds of a growing number of Icelanders. 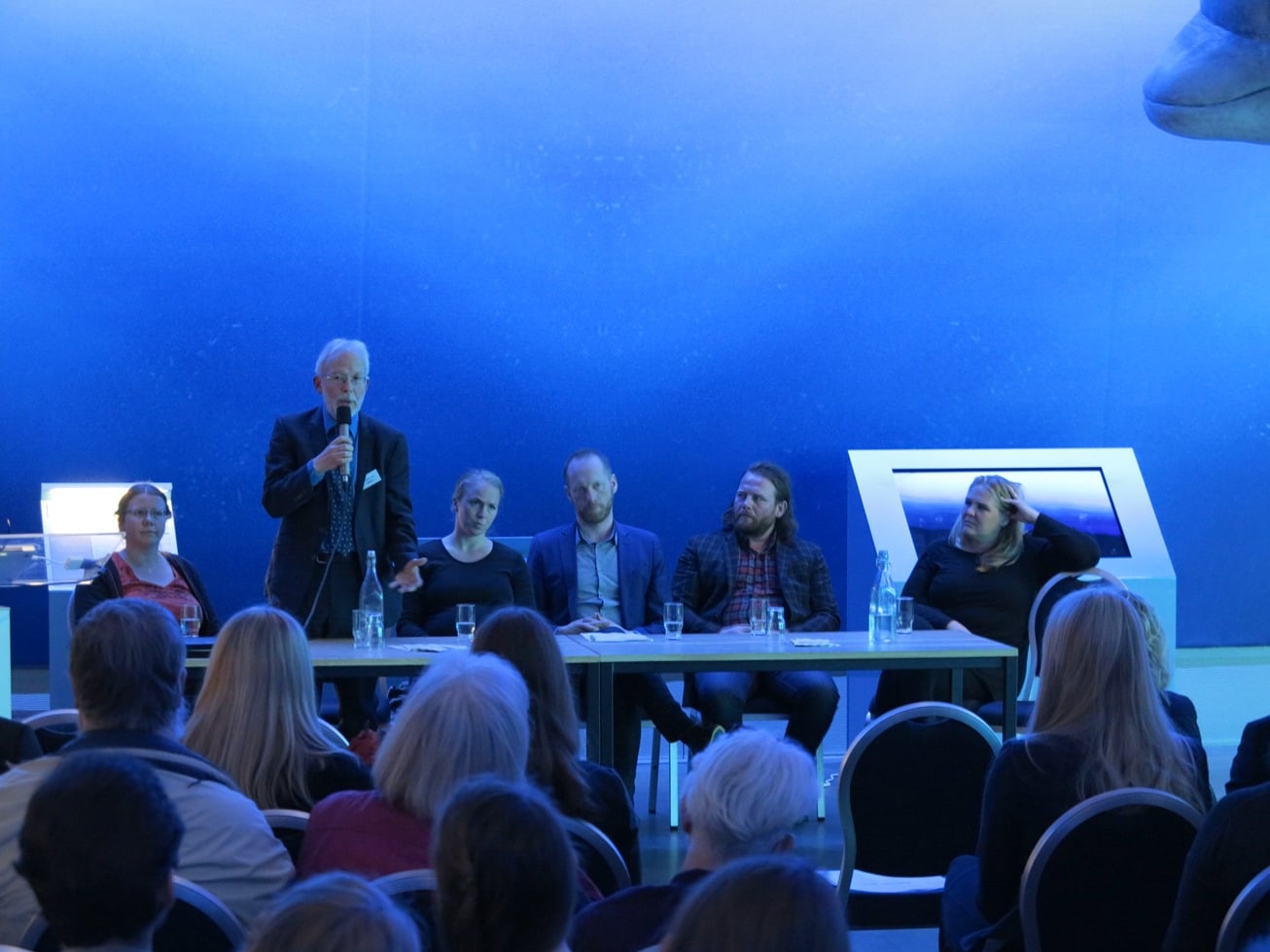 Erich’s talk was followed by a lively panel discussion, led by Ásbjörn.  Experts included Rannveig Grétarsdóttir of Elding/Whale Watching Akureyri;  Magnús Kr. Guðmundsson  of Special Tours, representing the whale watch community; Guðmundur Ingi Guðbrandsson of Landvernd, the Icelandic Environment Association; and University of Iceland researchers, Marianne Rasmussen and Edda Elísabet Magnúsdóttir.  Erich’s suggestion for a “Great Barrier Reef” approach to branding tourism, protecting the whales and their habitats, and linking land and sea was endorsed and amplified by everyone on the panel. 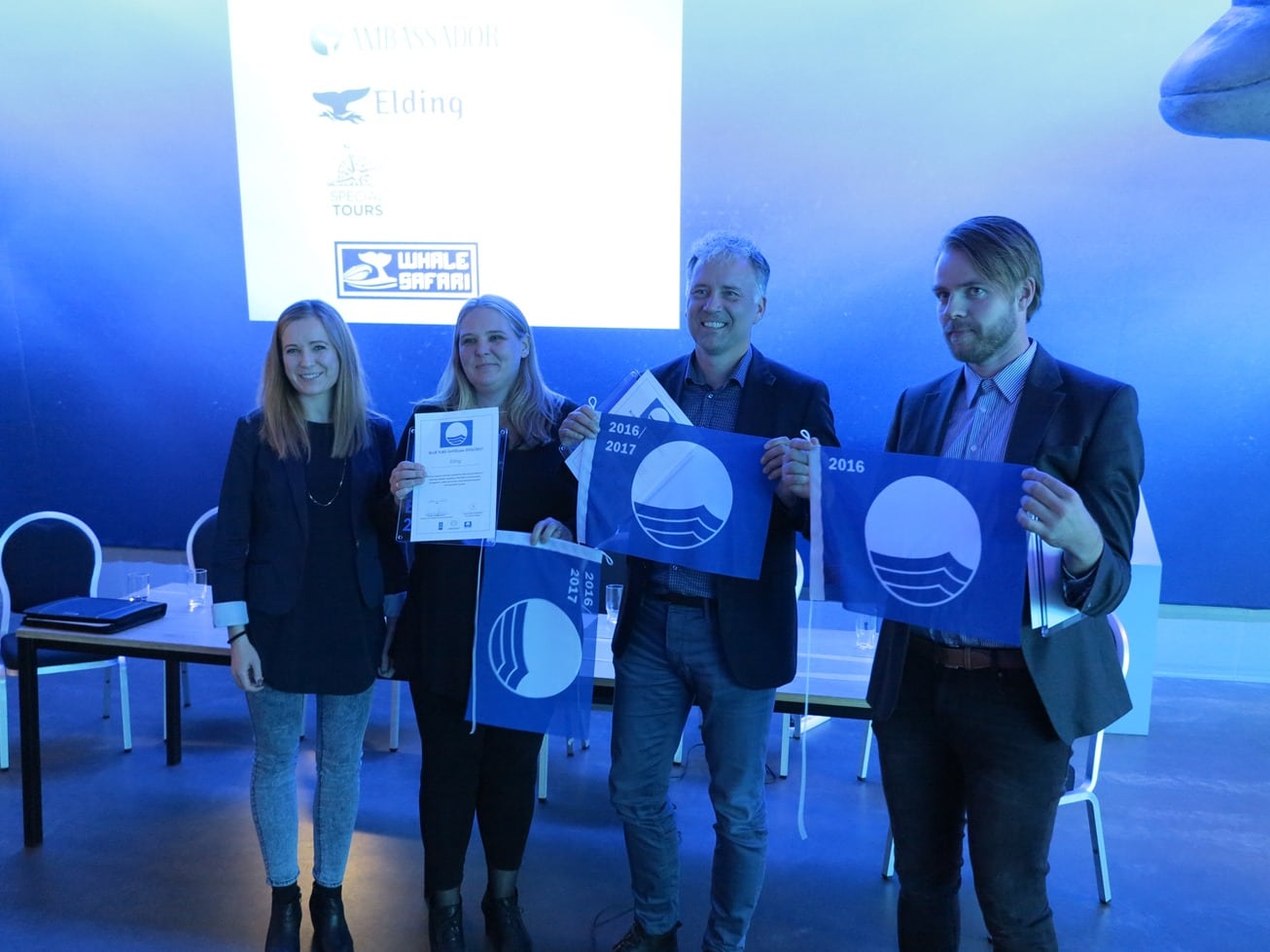 The evening was rounded off by the presentation, by Landvernd’s Salome Hallfreðsdóttir, of Blue Flag awards to four qualifying whale watch companies: Ambassador, Elding, Special Tours and Whale Safari. This was, quite literally, a flagship event marking the first operators to be accredited under this scheme anywhere in the world! 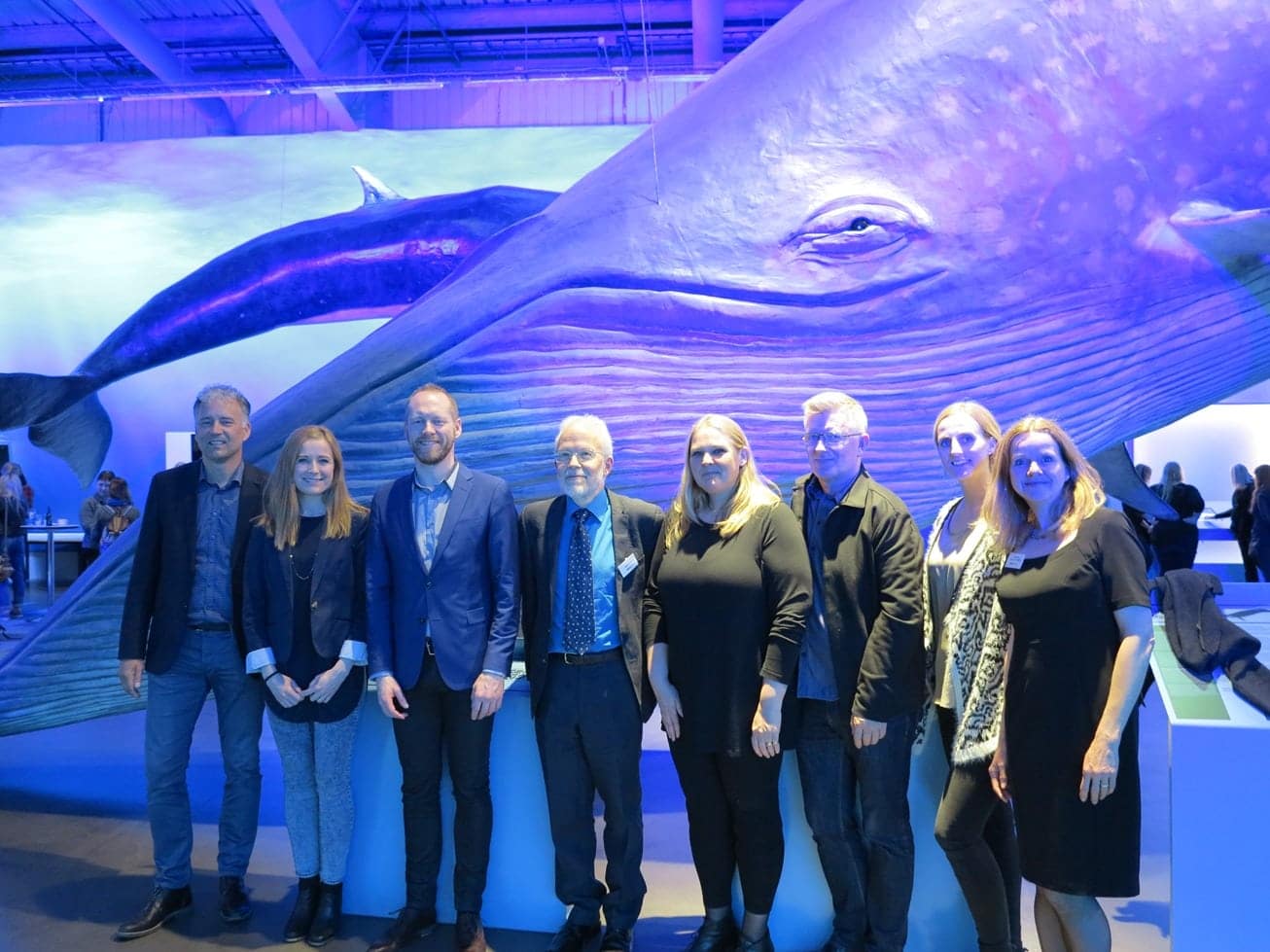 The evening celebration brought together friends and colleagues working for whales and their conservation across Iceland and beyond. Best of all, the evening delivered firm support for ongoing collaborations to push forward the ideas and initiatives discussed during the evening.  There was passion in the room – we all got the feeling that a touchpaper has been lit – our job now is to keep up the momentum!

Our thanks and appreciation to our hosts at the Whales of Iceland exhibition and to all our guests for being part of this wonderful, energetic movement.