Findings from new research published in the journal Peerj highlights the negative impact that man-made noise could be having on endangered orcas.

The study looked at the effect of noise on the Southern Resident orcas of Puget Sound in the Pacific Northwest. Just 85 individuals survive in the wild and they inhabit some of the busiest shipping lanes on the west coast of North America. Previous studies have documented how low level frequency noise can have an impact on large whales, this one also looked at medium and high frequency sounds.

Orcas use echolocation to find their food, in particular chinook salmon in this area. Due to other environmental threats, the salmon have become increasingly rare in recent decades, so finding food is already an increasing challenge for the whales. The research looked at the sound made by a dozen type of vessels operating in the orcas’ home waters and discovered that the noise being created by many of these was so loud it was likely to be interfering with the orcas’s ability to communicate, navigate and locate their prey.

The research concludes that reducing the speed of vessels would improve the situation by making them quieter, as well as also reducing the risk of collisions. 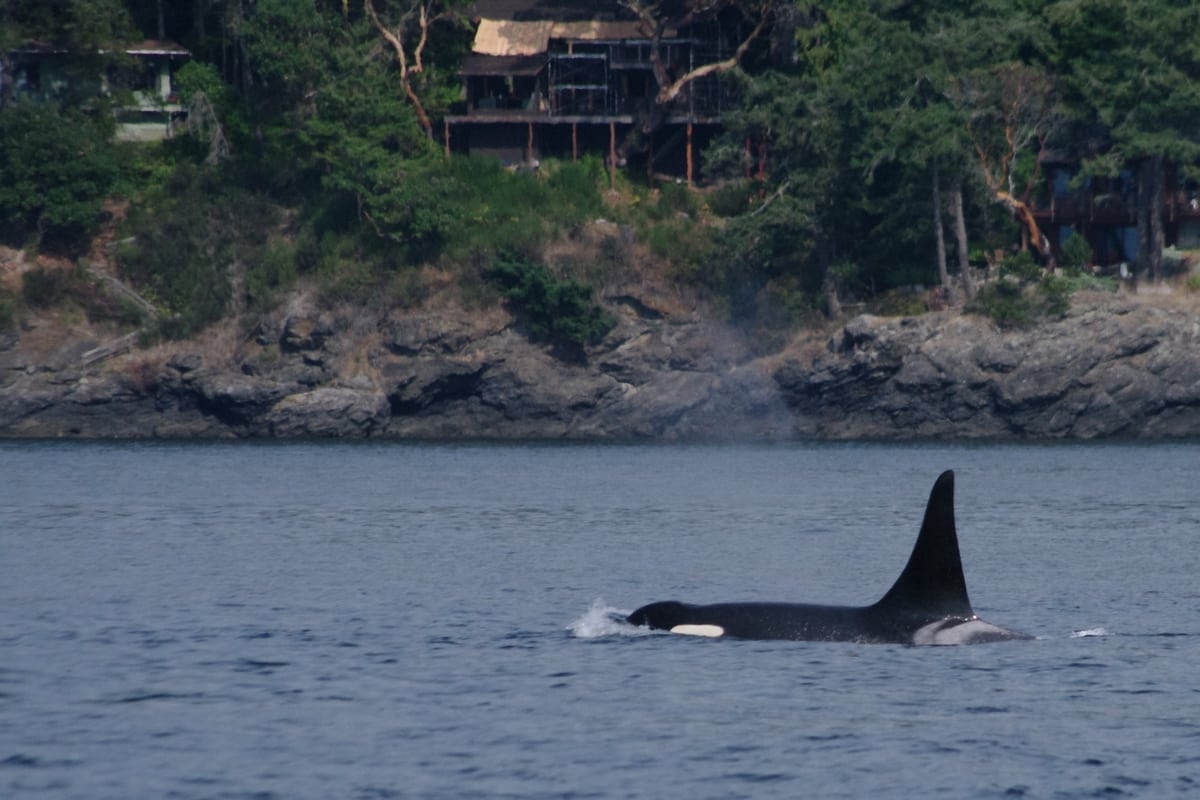 Posted in News and tagged Pollution, science, Southern Residents
Preferences
We use cookies to help give you the best experience on our website and information about how you can support us.
Manage options Manage services Manage vendors Read more about these purposes
View preferences
{title} {title} {title}