Erich Hoyt, Research Fellow, Whale and Dolphin Conservation and Program Lead, Critical Habitat and Marine Protected Areas helps us explain more about what critical habitat is and what it can do for whale and dolphin populations.  His answers draw on his book Marine Protected Areas for Whales, Dolphins and Porpoises (Routledge, Taylor & Francis 2011, 477 pages) which is a world handbook for conservation and planning.

1) What is critical habitat?

In the U.S., critical habitat has a legal definition under the US Endangered Species Act of 1973 as:

In order to determine whether an area meets this definition, the ‘authorities’ are required to:

“… consider those physical or biological features that are essential to the conservation of a given species including space for individual and population growth and for normal behavior; food, water, air, light, minerals, or other nutritional or physiological requirements; cover or shelter; sites for breeding, reproduction, and rearing of offspring; and habitats that are protected from disturbance or are representative of the historical, geographical and ecological distribution of a species.”

2) How is this [critical habitat] different from things like marine protected areas or national marine sanctuaries?

Erich Hoyt: A marine protected area (MPA) is a generic term for hundreds of designations with different names and degrees of legal protection that aim to protect habitat in some part of the ocean. Marine reserves, marine parks, special areas of conservation, marine national monuments, national marine sanctuaries — are all MPAs. National marine sanctuaries are the U.S. high profile protected areas that try to balance human uses (often difficult!) with protection for the species and ecosystem. By contrast, the U.S. legislation on “critical habitat” is a quieter designation that focuses on the recovery of a named species.

Erich Hoyt: Regarding the US designation of critical habitat for the Southern Resident orcas, where the boundaries are drawn for critical habitat is important, and critical habitat can include areas outside the immediate geographical areas most used by the species, as noted above. It is hard to determine boundaries for many wide-ranging species yet we have more precise data on the movements of the Southern Community orcas than most other whales and dolphins. By expanding critical habitat, we get not only a larger potential area for the whales, but we get much greater awareness and attention to the conservation of the whales.

4) For those who aren’t familiar, their cousins, the Northern Residents, spend most of their time along Johnstone Strait and around Northeastern Vancouver Island. A very important distinction between the two populations is the extent of human use of their respective habitats. The Southern Resident orcas live in a much more urban and developed area, and haven’t significantly increased in size since surveys began in the 1970s. The Northern Resident population, however, has grown since then. Could you talk about how critical habitat through these developed areas along the west coast of the US might help us to better co-exist with the whales?

Erich Hoyt: Critical habitat in areas well used by people, of course, has more of a job in terms of day to day management compared to an area far out to sea where people and industry are not found.  But establishing critical habitat close to developed areas and cities can provide a valuable lesson for local people who will then get much more directly involved in the concept of conservation. Designating critical habitat is a strong signal that we all need to do more to help this species. We’re going to have to think about our co-existence with these whales and ensure that the actions that we’re doing aren’t slowing or even preventing them from their recovery.

5) Different research efforts have taught us so much in the past decade about these whales, yet the fact remains that they continue to decline. We don’t have time to wait for the exact certainty and precision in terms of habitat features that would ideal for critical habitat revision. Could you talk about adaptive management and how it plays into conservation, especially when a situation is so time-sensitive like this one?

Erich Hoyt: Adaptive management is widely accepted now as a good strategy for management—it means that you keep learning as you go along. For these Southern Resident Community orcas, however, we have no more time to lose and must try to get it as close to “right” as we can. We can do that by erring on the side of more precaution and greater protection. As the stakes get higher, the more precautionary we have to become. That means more critical habitat, not less.

6) Orcas are a top predator, and are in some ways considered an indicator species. Their health, at least to an extent, reflects the health of their ecosystem. How does critical habitat tie into ecosystem-based management for a holistic approach to restoring ecological integrity?

Erich Hoyt: Orcas are good indicator species—their tissues provide a report card of the environment they live in. When orcas wash up dead, as they do most years, we get an indication of how well or poorly we are treating the ocean. The Southern Community orcas, in particular, are carrying very high contaminant loads, enough to suggest that reproductive failure may be a factor in some of the deaths, and these loads really reflect the urban areas where they travel as well as the land-based nature of their salmon food. And so this makes us realize that we have to look at the health of the whole ecosystem if we’re going to have orcas around at all in the future.

The number of boats around the Southern Community orcas is also of concern. Increasing noise from marine traffic in their environment is one issue—these are creatures that depend on being able to hear communication calls over several miles as well as using echolocation for hunting. A separate issue is the number of whale watching boats. Whale watching can be a positive force for conservation of whales and their habitat. But too much whale watching, too many boats, can become a problem. I think that it would be a good idea to reserve a relatively small portion of their habitat as a no-go area for all boats, a real whale sanctuary. If this area were close to land, then people could still quietly observe the whales from a look-out as long as there was no disturbance. We could study the effects in both areas and compare them. The other idea is to have temporal breaks from intensive whale watching—a period of time during the day when whales and whale watchers have a break.

Ecosystem-based management (or EBM) means that for orcas, for example, we need to pay attention not only to the waters where they feed, breed and socialize, but the ecosystem that supports them. Therefore, besides all these threats within the waters where they swim, we also need to consider the salmon streams, which extend hundreds of miles upstream. These are also part of the ecosystem that needs to be managed in order to address the endangered status of these whales. On the one hand, we need to restore the river systems that could be producing a great deal more salmon, and at the same time we need to manage the fishing industry.

Ecosystem-based management is a great idea but it is really in its infancy in terms of practice. We have to pay attention to details but also start thinking more holistically about how to make the ocean a place where we and the whales want to live. In many ways, the future survival of the Southern Community orcas will stand as a test of whether we can make things right not just for them but for ourselves in Puget Sound, the Salish Sea and along the outer, open Pacific coast of the Northwest.

Erich Hoyt is considered a leading authority on whales and dolphins, marine protected areas and marine conservation and policy. In 2013 he became co-chair of the IUCN Marine Mammal Protected Areas Task Force. An award-winning author, he has written or co-written over 20 books and hundreds of magazine articles, featured in publications such as National Geographic, The Guardian, The New York Times, and others. He is currently a Senior Research Fellow with WDC in the UK, and leads our global campaign for Marine Protected Areas

Help us expand the Southern Residents’ critical habitat and sign our letter urging NMFS to protect the full extent of their home. 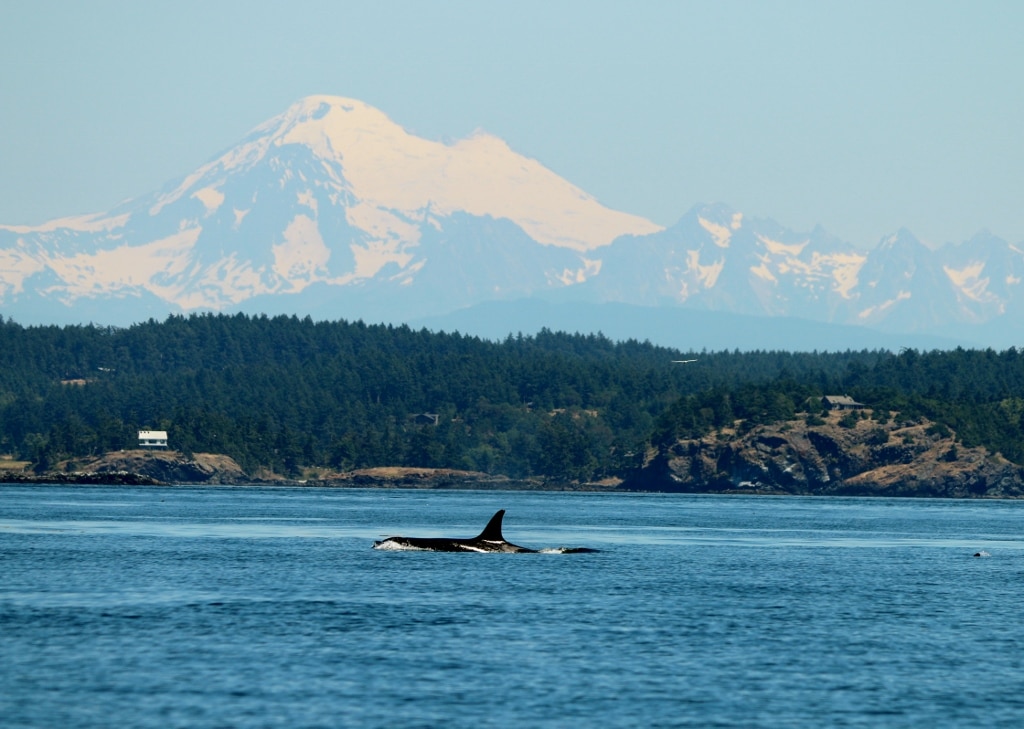