As 2015 draws rapidly to a close I thought that I would have a fond look back at the highs and (thankfully not many) lows of the 2015 dolphin season and the lovely dolphins that you adopt up here in the Inner Moray Firth. It has been a slightly unusual year in that the resident dolphins have not been in the Kessock Channel in any great numbers, I can often count ten, maybe twelve dolphins hunting for salmon in the fast current but this season the maximum hasn’t even reached double figures. Most of the dolphins have been from Chanonry Point outwards past the Cromarty Firth where the runs of fish seem to have been better or maybe easier to catch. Kesslet sadly lost her baby that was born last year, after February I could not see the wee one anywhere so that was a sad start but not long after young Charlie came to keep his Mum company and by the spring she was looking like her old self again and has been the life and soul of the party ever since. Moonlight and her youngster were around a lot in the early part of the season and were great to watch but as the season went on they moved out from Chanonry and headed away from the area for some reason – I don’t know exactly why but likely the search for food was taking them away. Spirit and her wee one were seen reliably by me between Chanonry and Cromarty for most of the season and I even had the two of them along with Sparkle and Shimmer one day – sadly too far apart to fit all in the one photo though. Rainbow and young Indigo were up and down the coastline all season and I had some nice encounters with them out at sea where Indigo has great fun with his young friends leaping about and getting up to all sort of acrobatics. Mischief was never far away from Rainbow for quite a while and they kept each other company a lot especially around Chanonry and I came across Mischief having a great game of chases with Indigo in the Cromarty Firth one day – great to watch. Sundance has been a busy boy all year, covering a lot of distance some days and popping in to see Kesslet one day in the Kessock Channel totally unexpectedly. All in all not a bad year but different from normal as the salmon ran out very quickly and more species like Mackerel and Herring starts taking the dolphins out to sea to enjoy the feast which meant that I was out on boats a bit more often to catch up on what the dolphins were getting up to. From all of us here at WDC Adopt a Dolphin have a peaceful and happy festive season and I’ll bring you any fresh news on your dolphin just as soon as I can.

Dolphins in the photo below clockwise from top left: Sundance, Moonlight and youngster, Mischief, Kesslet, Rainbow and Indigo and then Spirit and youngster. 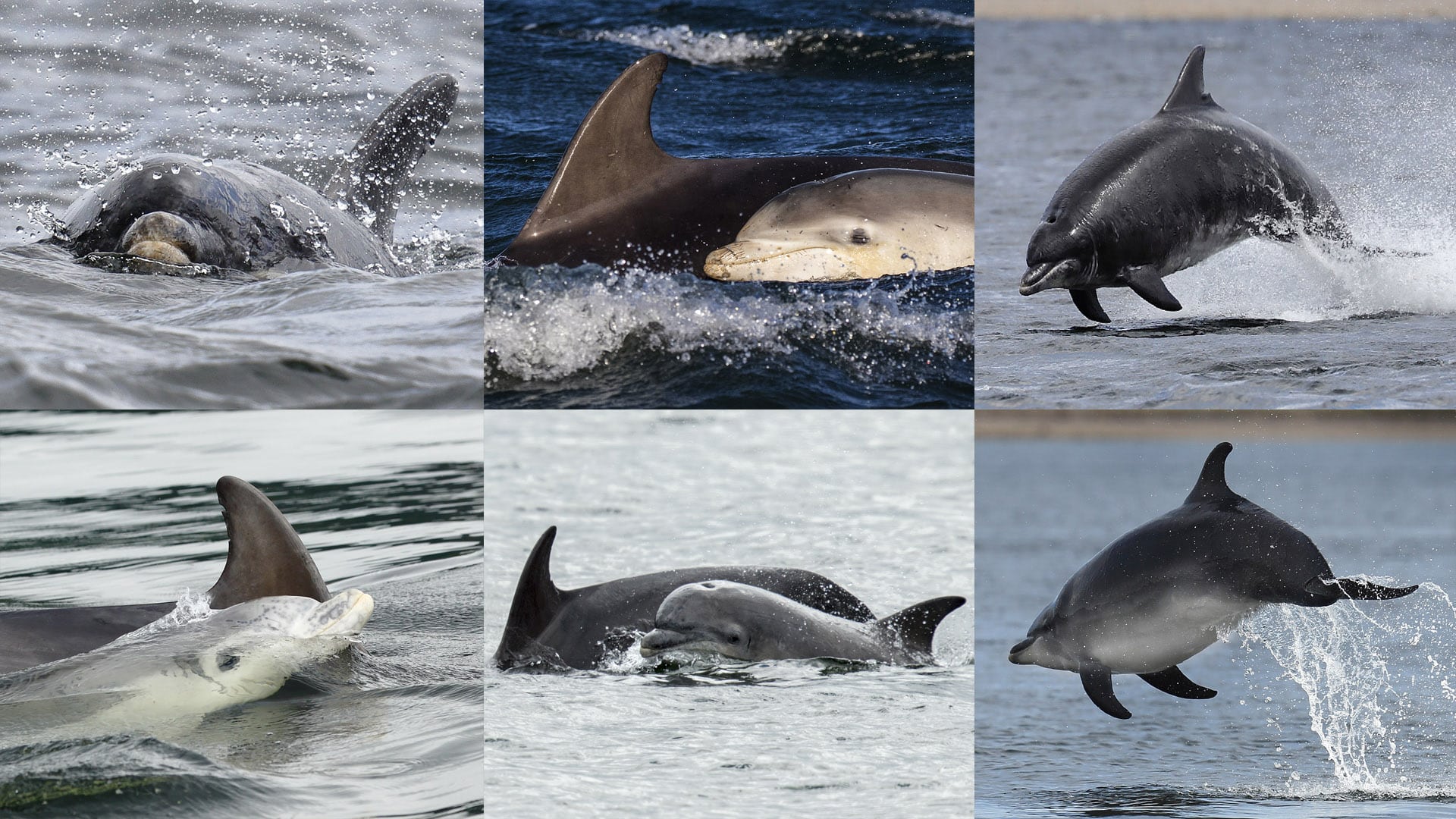