On December 4th, 2014, the body of an orca was found floating off Comox, British Columbia.  Curiosity over the death was muted when the orca was identified as a member of the Southern Resident orca community.  Any loss to this small, endangered population is a tough blow, but this death was especially hard.  Rhapsody (J32) was not only a favorite of many whale watchers and fans of the Southern Residents, well known for her joyous and energetic aerial displays , but was also a young female of utmost importance to the endangered community.  As just one of 29 remaining females of reproductive age in the population, 18-year-old Rhapsody was on the cusp of adulthood, and her loss was accompanied by the loss of all the potential calves that she might have added to their numbers.  Females are especially important to this matriarchal community, not just for their ability to produce and raise offspring, but for their wealth of knowledge and leadership roles.

Rhapsody was found with a near full-term fetus that appeared to have died before she did, and the first guess at cause of death was an infection resulting from the dead calf, still inside her body.  However, a year after the shocking loss of these two individuals, we still don’t have a necropsy report and official cause of death.  Even the scientists who participated in the necropsy are unsure what is delaying the release of an official report.  Since Rhapsody was found in Canada, the Department of Fisheries and Oceans – until recently, notorious for silencing its scientists – oversaw her examination and the analysis of samples.  Ken Balcomb of the Center for Whale Research in Friday Harbor, Washington released a preliminary report shortly after he assisted with the necropsy, noting her thin and dry blubber layer, indicative of malnutrition and an inadequate diet.  Top threats to the Southern Resident community include prey scarcity and toxic contamination, and starvation can often exacerbate the effects of pollutants to the orcas’ bodies.  Without adequate food, the orcas start to burn through their blubber and fat stores, which are rife with accumulated toxins.  Pregnant and nursing mothers and new babies are especially vulnerable to these effects. 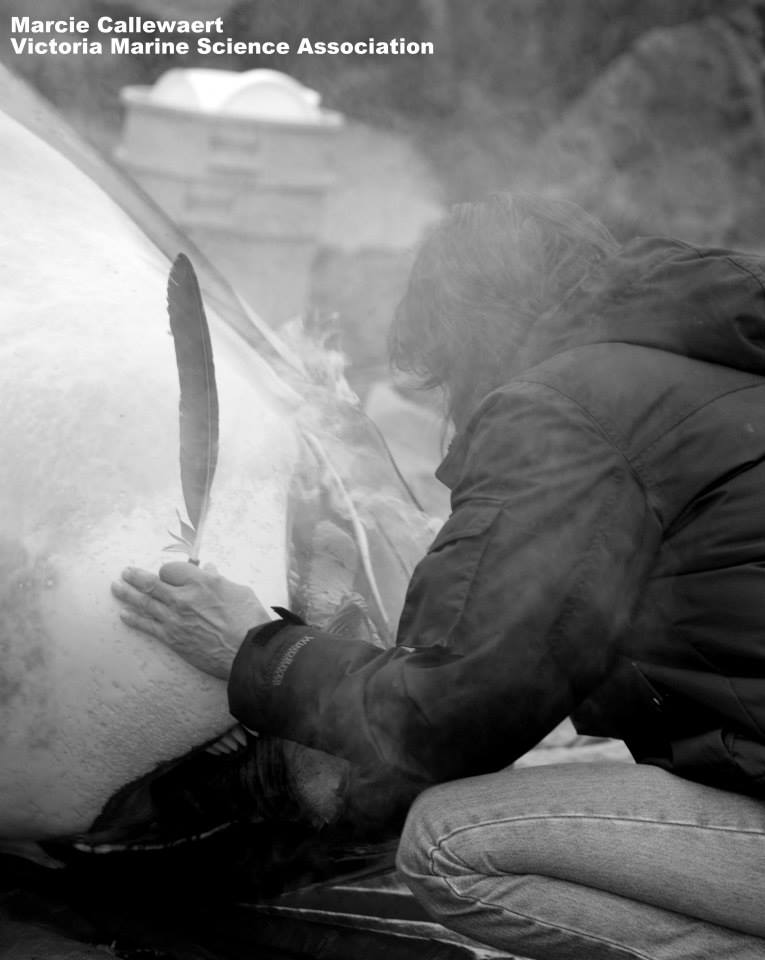 The birth of six new calves to the Southern Resident population in the last year has received significant media attention and has been heralded by many as a sign of recovery for the population, but orca scientists and advocates are cautiously optimistic at best.  At least four of these new babies are males, and will contribute little to future growth of the population – females are key for recovery.  These new births are bookended by the death of Rhapsody and her calf, who was also a female, and one year after their loss and ten years after the Southern Residents were listed as Endangered, we have seen little progress in protecting these remarkable whales.  The National Marine Fisheries Service, the agency charged with the protection and restoration of the population, has done little to move forward with conservation efforts, despite a recovery plan that includes “rebuild[ing] depleted populations of salmon” as a top priority, and the designation of the Southern Residents as a 2015 “Species in the Spotlight.”  This distinction is meant to signify them as one of eight populations most at risk of extinction in the near future, and bring additional funds and attention to their recovery, but as yet has done little besides generate a new webpage on NMFS’ site.

Not much has been accomplished on the salmon side of things, either.  Climate change and El Niño are expected to take harsh tolls on already struggling salmon populations, notoriously sensitive to high water temperatures.  Last year, low flows and elevated temperatures in the Columbia Basin killed more than 250,000 salmon in June and July, but little is being said by NMFS officials about the effect of climate change on a key food source for the Southern Residents.  Despite the shocking and disheartening death of Rhapsody and a population level even lower than when they were added to the Endangered Species List, development in protection efforts and the consideration of Southern Residents in salmon recovery plans has largely stalled within the agency. 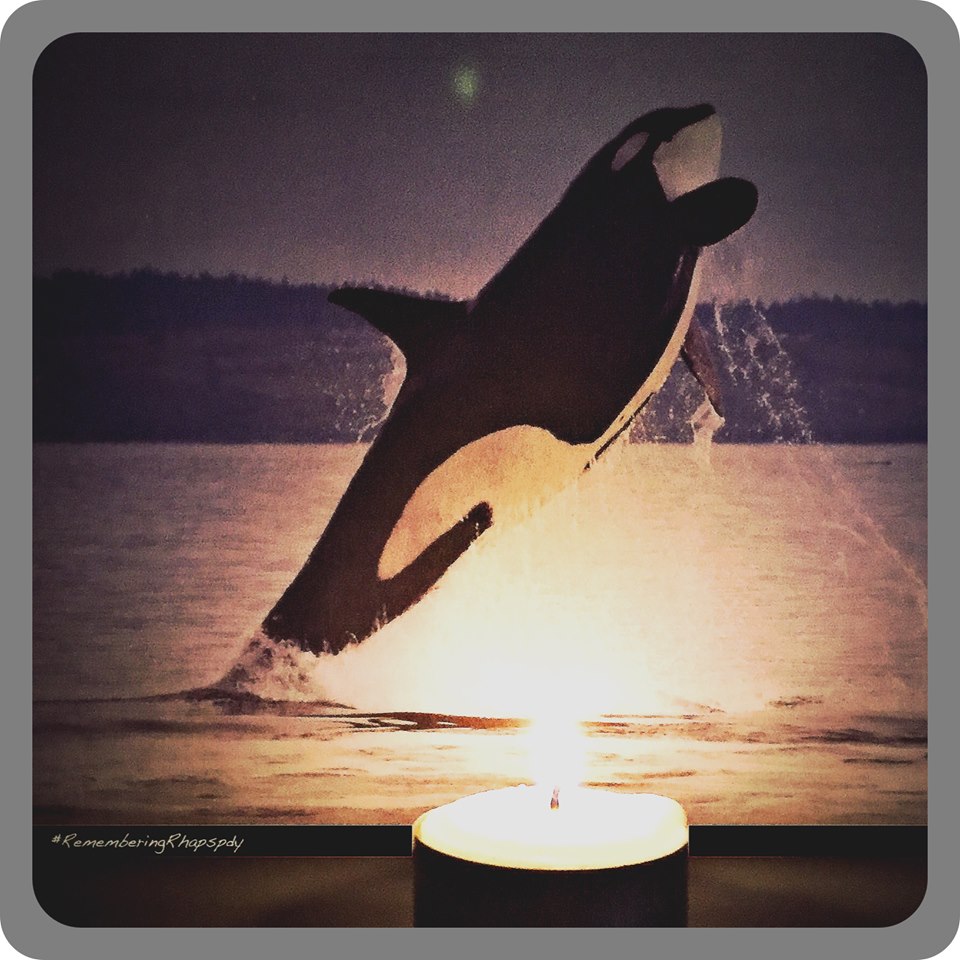 Today, we take a moment to honor Rhapsody, and encourage action taken in her memory to recover the Southern Resident community.  WDC continues to work in many capacities to protect these endangered whales, from our efforts for dam removal, to our salmon restoration work with the Orca Salmon Alliance (OSA), and the expansion of critical habitat for increased protection in their home range.  We encourage you to join us and other OSA members in thinking of Rhapsody this weekend, and sharing your memories of her, or your experiences with the Southern Residents, using the hashtag #RememberingRhapsody.