Reports from Taiji reveal the brutal struggle of a large pod of pilot whales that were chased, captured and held for several days before their slaughter. On November 19th, at least 50 pilot whales, including mothers and calves, were driven into the cove. They were held overnight, and separated into two groups the following day. At least half of the whales were dragged under the tarpaulins and killed, and the rest remain trapped in the cove for another day, their fate uncertain. 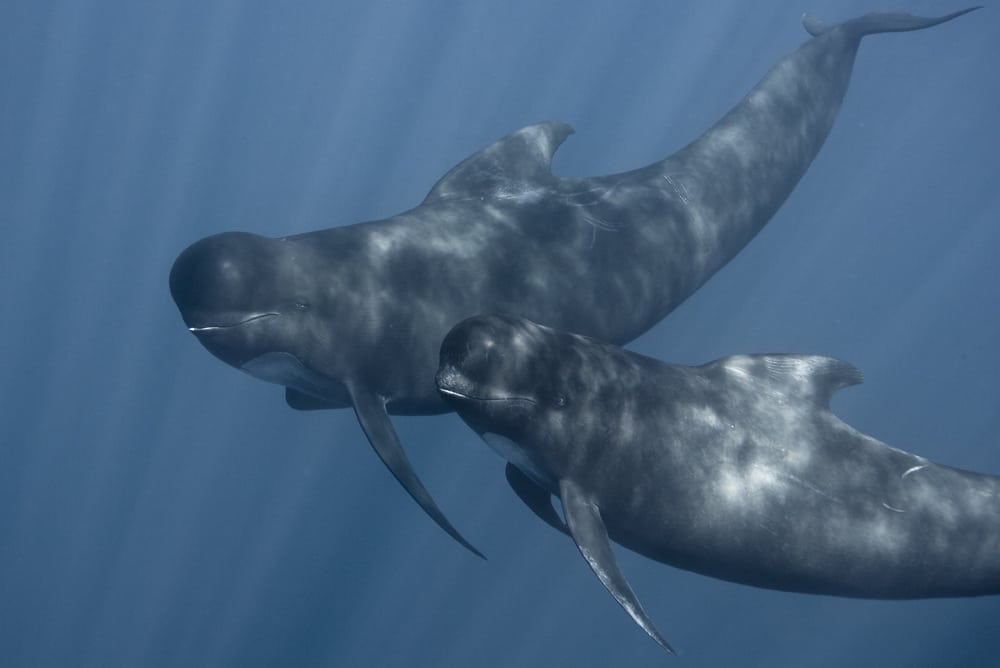 The cruelty inflicted upon the whales over the last several days is overwhelming as entire families of pilot whales have been destroyed. These sentient and self-aware creatures are physically and psychologically traumatized by the hunts, as they must not only endure being driven miles from sea, physically exhausted, injured, or separated from family members, but also experience the audible distress of trapped or dying pod mates.

With this recent hunt, since the start of the season on September 1st, at least 300 dolphins have been driven into the cove in Taiji, Japan. Of this total, at least 175 have been slaughtered, and 57 have been taken alive into captivity. The drive hunts may run into the month of April (for pilot whales), meaning the season is just nearing its midway point.

Hunting quotas have been set for the 2015-16 season and allow for 1,873 dolphins to be taken in the drive hunts in Taiji alone. Of this total, 101 pilot whales are allowed to be taken. Over 900 bottlenose and striped dolphins may be killed, along with hundreds of other spotted, Risso’s, Pacific white-sided dolphins, and false killer whales.

Pilot whales, like other toothed whales, show advanced cognition, including complex social and self-awareness. These individuals undergo a prolonged process involving not only the herding offshore but confinement, holding, and eventual corralling to the shoreline, followed by killing in close proximity to conspecifics and other members of their social and family groups. The entire process can last many hours or even days.