A court in Sydney, Australia has imposed a AUS$1 million fine ($USD 700k, £465k) on a Japanese company over its whaling activities in the Australian Whale Santuary in Antarctica.

The company, Kyodo Senpaku Kaisha, was found guilty of killing whales on four separate visits between December 2008 and March 2014, despite a previous court ruling prohibiting it from doing so. The judge, Justice Margaret Jagot, found the company in contempt of court, saying the whaling was a “deliberate, systematic and sustained” breach of the previous ruling, which had been applied under Australia’s Environmental Protection and Biodiversity Conservation Act.

The ruling comes as the Japanese government considers renewing its whaling activities in Antarctica. Previously it had agreed to abide by a ruling by the International Court of Justice (ICJ) that found that the hunts were not being conducted for scientific research and must stop. However, in October the Japanese government told the UN that the ICJ’s jurisdiction “does not apply to … any dispute arising out of, concerning, or relating to research on, or conservation, management or exploitation of, living resources of the sea”.

In April of this year, the Scientific Committee of the International Whaling Commission (IWC) rejected Japan’s latest request for a scientific whaling quota. The Australian Government is now considering its options following Japan’s decision to ignore the ICJ’s ruling. 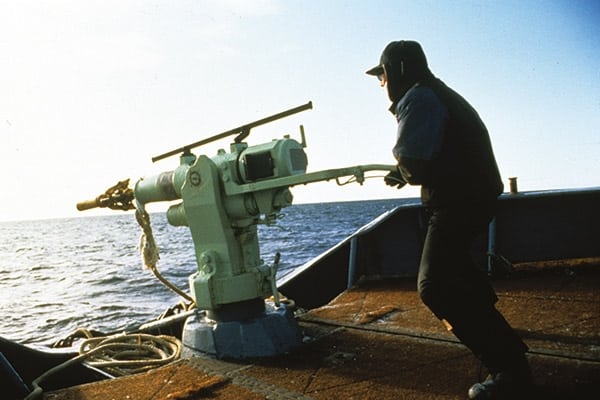