Guest blog’s from Marna Olsen and her trip to Taiji to monitor the dolphin drive hunts on behalf of WDC continue.  Marna’s first few days were uneventful, but she reports on a recent hunt of Risso’s dolphins that occurred October 19th, her fifth day of monitoring. 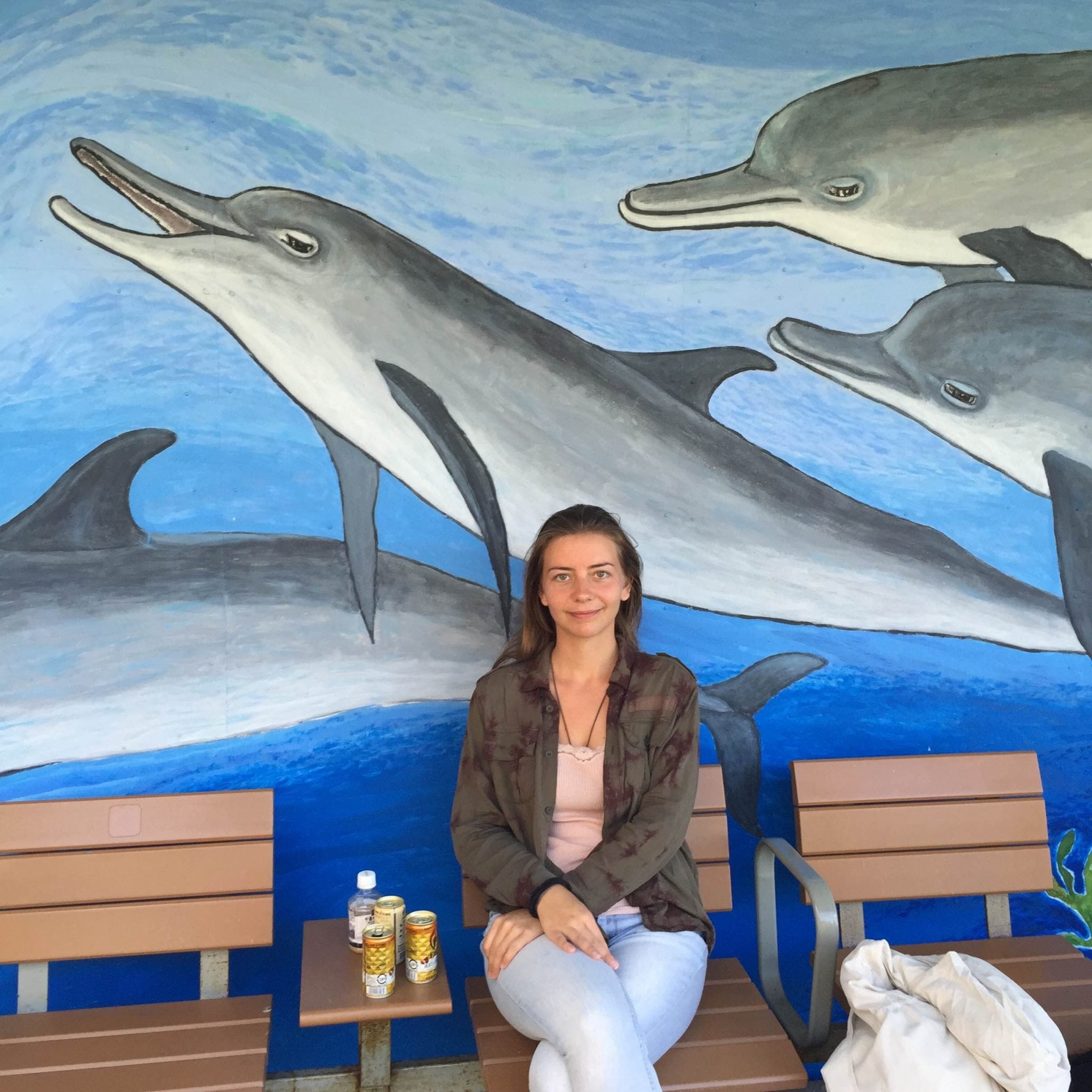 What will it be like? I’ve asked myself this question many times these recent weeks. Sometimes with a touch of anxiety. Now I’m here, feeling like a complete stranger, yet quite at ease. The familiarity of the sea comforts me. The scenery is beautiful and people are very friendly. A slight nervousness remains.

After a long but pleasant journey we arrived in the evening at our hotel in Kii-Katsuura, a quiet coastal town right next to Taiji. Skipping a night’s sleep and then not being able to sleep more than three hours before my first working day was not so fun. I still feel jetlagged. Slowly but surely I’m getting back to my normal self though and Blue Cove days (days with no drive hunt) certainly help to keep up the good spirits!

During my first couple of days as a Cove Monitor for WDC no dolphins were harmed. I am very pleased about that of course. I have had time to get familiar with Taiji and the tasks at hand and feel more prepared now for observing and reporting a drive hunt. A hunt may happen anytime. Just on the day of our arrival 22 Risso’s dolphins had been killed. I know a hunt will not be easy to witness and my heart will feel heavy but at least I know my way around.

It’s very interesting to get a first hand impression of the Taiji situation and atmosphere after having heard and read so much about it. The many years of tension between the Japanese fishing community and the dolphin activists is quite visible. A large part of the harbor is restricted area and clearly marked with yellow lines. There is no chance to get near the slaughterhouse or the dolphin pens without risking legal prosecution. There are off-limit signs and surveillance cameras in areas where one could get a good look at the killing cove. The killing cove itself will be covered in blue tarp in case of a hunt so the bloody scenery will not be recorded and spread across the world. Police are keeping a close eye on us and recording our every step.

Nevertheless, I feel sort of welcome here. Besides a few resentful stares by a couple of fishermen down at the harbor I have been met with nothing but authentic friendliness.

I’ve only been here for two days but it feels like two weeks. It’s intense. I hope we are prepared for what is yet to come. Dolphin hunters have no days off… 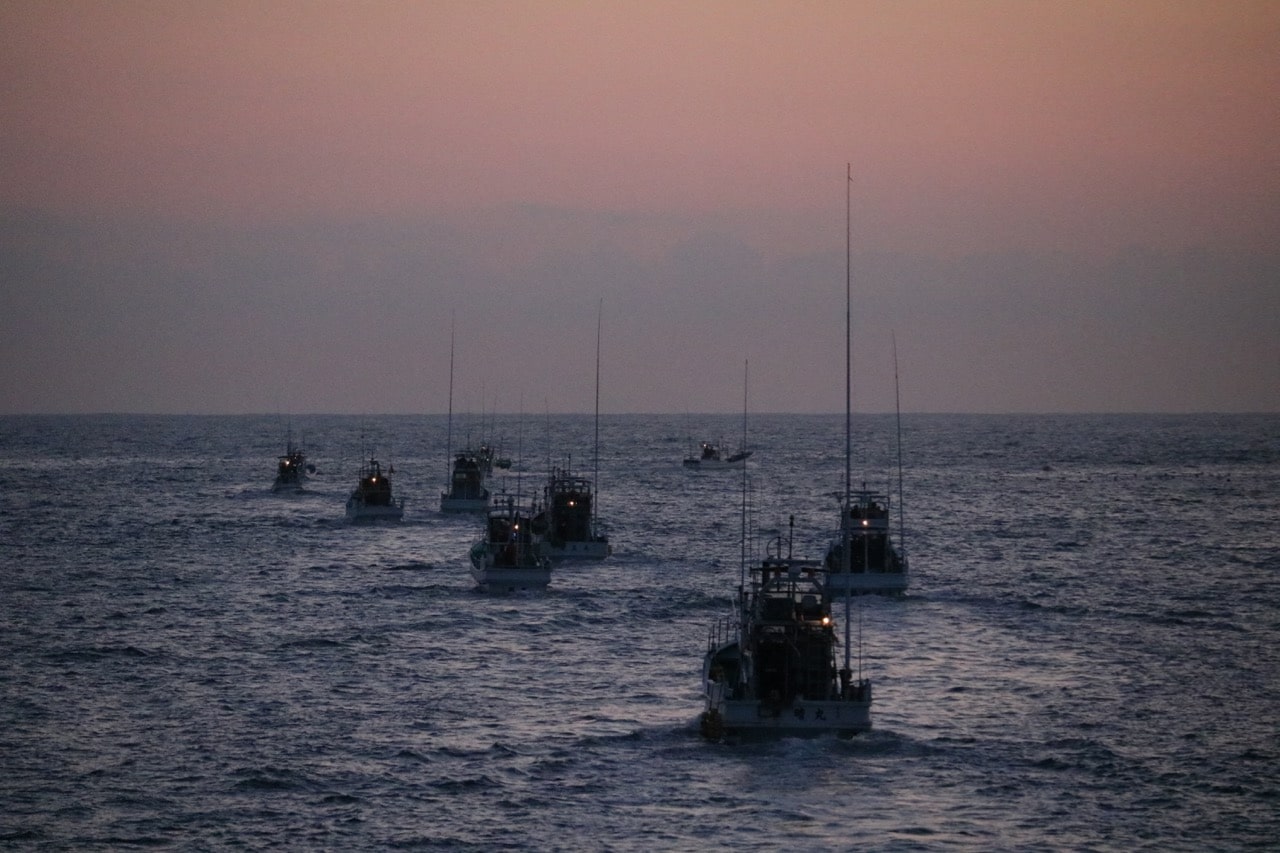 I had imagined how it would be to witness a drive hunt. I knew it was going to be hard to watch. And it was. Today, on my fifth day as a Cove Monitor, 10-15 Risso’s dolphins were killed in an unusually long drive.

The dolphin hunters left port at 5.50am this morning and fanned out towards the morning sun in search for a pod. That is their routine. There is no day off, except in case of bad weather. For almost three hours the 12 hunting boats were beyond the horizon, but then it got more and more clear that a drive formation was beginning to take place. Very slowly the hunters approached land, struggling to keep the small pod under control. It took more than five hours to drive the dolphins into the cove.

The Taiji hunts used to be very bloody, like the ones you see on the Faroe Islands. The sea colored red with blood from the innocent lives taken. About five years ago the hunters in Taiji stopped bleeding the whales so that images of the massacre would not be shared around the world. At the same time they began to cover the killing cove with tarp during a hunt, making it impossible to record the scene. In today’s hunt I could see no blood but it was still a horrific sight.

The dolphins were trying so hard to escape through the net that seals off the cove, desperate to get away from the danger and loud noises that had been following them for more than five hours. I saw one smashing against the hard rocks in pure confusion or despair. Men in wetsuits pushed and pulled dolphins in order to tie ropes around their flukes and boats hauled them in under the tarp to be killed. The hunters show absolutely no regard to the suffering of these beings. They know not of compassion for animals. 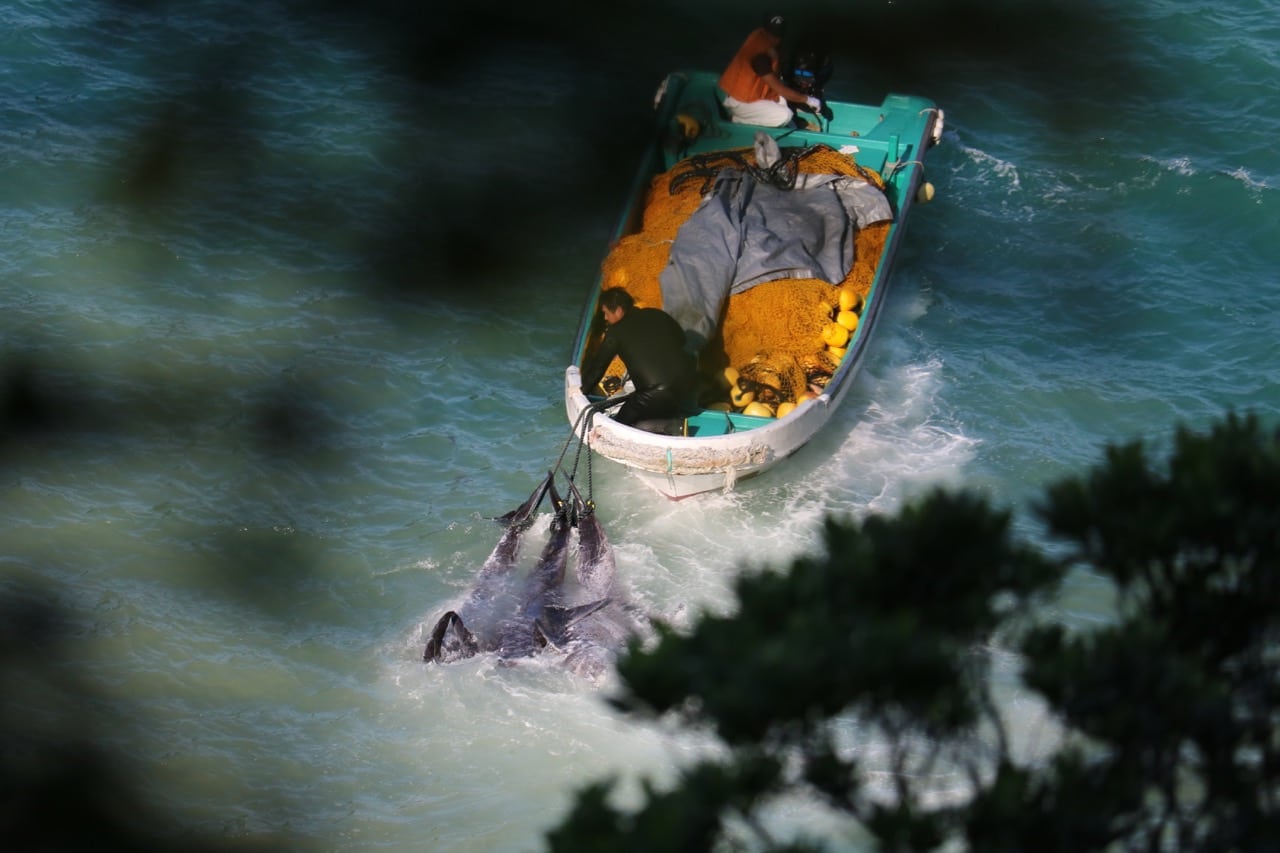 Knowing that the dolphinarium industry is the main motivator behind these brutal hunts is a very disturbing factor to me. People go see dolphins perform tricks because they like dolphins, right? Trainers work with these animals because they know they are sociable and smart beings, well able to learn all sorts of tricks that look like fun in the naive spectator’s eyes. It’s a money machine and people are fooled.

By supporting WDC you are supporting dolphins around the world. By not buying a ticket to a dolphin show and by informing the uninformed you are making a difference. Thank you for what you do for dolphins.

Thus far in the drive hunt season which began on September 1st, 58 Risso’s dolphins have been killed, and 50 bottlenose dolphins have been taken alive into captivity. Find out more about what WDC is doing to end the dolphin hunts and how you can help.