Born in the warm waters of the West Indies during the winter of 2004, Spinnaker spent her first year of life by her mother’s side.  Having survived the 1500 mile swim to her summer home in the Gulf of Maine, Spinnaker quickly learned how and where to find food as she doubled her size while nursing on 40-60 gallons (150-225 liters) of milk each day.

Named for the sail-like mark on her left fluke, Spinnaker was on her own and thriving. Not only was she enjoying her meals of 1500 lbs (680 kg) of small schooling fish a day, but Spinnaker did her part to help the environment as she drove nutrients from the bottom towards the surface, supplying nourishment to the tiny phytoplankton in the shallows which supply most of the world’s oxygen.  All was well until she became entangled in fishing gear in 2006 at just two years old.  Thankfully, rescue crews from the Campobello Whale Rescue Team and Center for Coastal Studies were able to free her and she was able to resume her life as a young humpback whale.  For the next eight years, Spinnaker grew in size and maturity.  As a now adult female humpback, Spinnaker was likely pursued by throngs of young males in her West Indies winter home.

Sadly, tragedy struck in 2014 when, at 10 years old, Spinnaker once again became entangled in fishing gear off the coast of Maine.  Luckily, Whale SENSE participants, Bar Harbor Whale Watch, located her and immediately reported her status to the Center for Coastal Studies Disentanglement Team who was able to rescue her.

It was an alarming call received by the Disentanglement Team in May of 2015 when they learned that Spinnaker was again seriously entangled.  While they were able to remove the gear, it was clear that this event had left her injured.

It is with heavy hearts we report Spinnaker was found dead in Bar Harbor, Maine Thursday, June 11. It was determined that the cause of death was entangelment.

Spinnaker is survived by her mother Palette, her grandmother Compass, six siblings and another 800+ humpback whales in the Gulf of Maine. More than half of these whales have been entangled in fishing gear at least once, 12% of whom, like Spinnaker, have been entangled more than one time, and nearly 15% of whom have been struck by vessels.

Spinnaker lived in the urbanized waters off the coast of New England where the constant threats from entanglement, vessel strikes, and pollution are a daily part of life.

In lieu of flowers, please consider adopting one of Spinnaker’s friends or making a donation to help WDC’s work to end human caused threats to whales and dolphins around the world.

Update:  In May of 2017, the bones of Spinnaker were put on display at the Center for Coastal Studies in Provincetown, MA.  She is watched over in her new home by the very disentanglement team who risked their lives several times to save her from three different entanglement events.  Some of the fishing gear, which lead to her demise, remains embedded in her upper jaw as a reminder that we must not let her die in vain.  Our work to end this accidental but lethal threat to whales remains a priority for WDC.  To watch her installation, please click here. 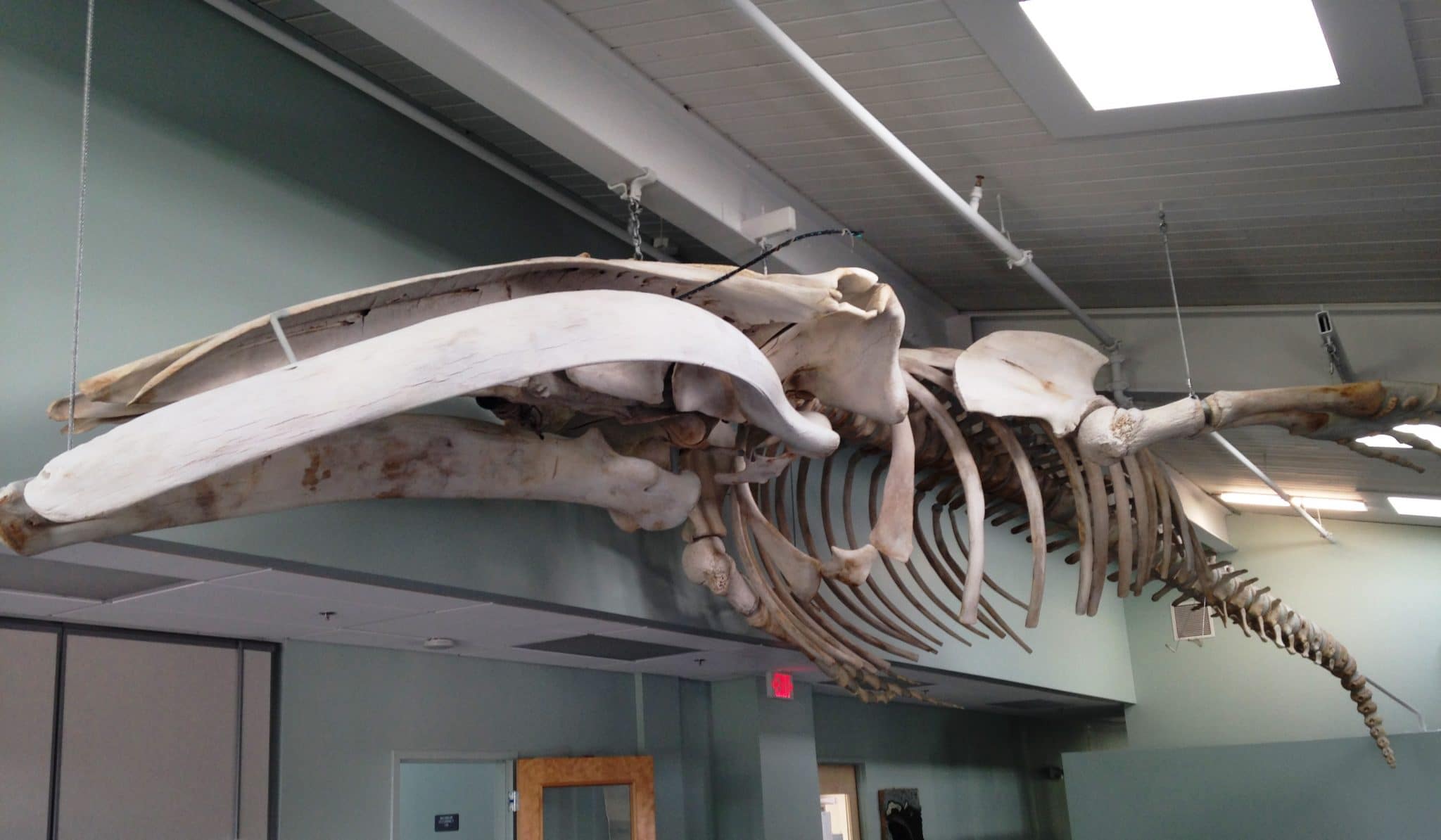 Posted in Blogs & Articles and tagged Fishing, Humpback whale
Preferences
We use cookies to help give you the best experience on our website and information about how you can support us.
Manage options Manage services Manage vendors Read more about these purposes
View preferences
{title} {title} {title}