A necropsy (post-mortem) has discovered that a bottlenose dolphin found dead in Adelaide’s Port River last December had been shot.

The dolphin, named Graze by researchers, was discovered in the Barker Inlet but only examined this month by staff from the South Australian Museum. Four shotgun pellets were found in the dolphin.

WDC’s Dr Mike Bossley said “When we found the body before Christmas it was hard to know why it died, that’s why they did a necropsy.” 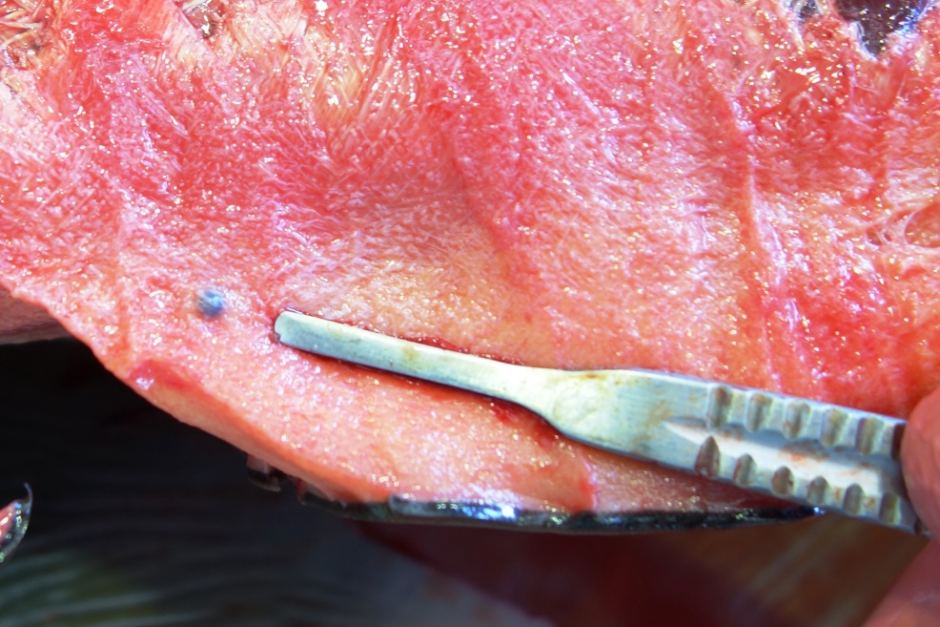 Graze was first sighted by Dr Bossley in 1992 and has been following her movements along with the other dolphins found in the river since then.

“It is clear despite the implementation of the Adelaide Dolphin Sanctuary these dolphins are still under threat,” he said. “It is important that more resources are put into the sanctuary to improve its effectiveness.”

It is hoped that an interpretive visitors centre could be established to promote Adelaide’s dolphins and increase awareness the need to protect them.

You can support Dr Bossley’s work by adopting one of the Port River dolphins.

Posted in News and tagged Port River
Preferences
We use cookies to help give you the best experience on our website and information about how you can support us.
Manage options Manage services Manage vendors Read more about these purposes
View preferences
{title} {title} {title}