SeaWorld Entertainment has launched its latest new ad campaign to try to halt falls in attendance and revenue, and to counter criticism about keeping whales and dolphins captive in small tanks.

SeaWorld has suffered since the public backlash against captivity that was enhanced by the release of the documentary, Blackfish. The film looked into the death of one of SeaWorld’s trainers and general treatment of the orcas it holds.  Since then attendances at SeaWorld parks have fallen as has its share price.

The new ad campaign seeks to refute claims that orcas in captivity have shorter lifespans than those in the wild.

“There’s been a lot of misinformation and even lies spread about SeaWorld,” said SeaWorld’s chairman and interim CEO David D’Allesandro. Interestingly, Mr D’Allesandro has temporarily taken over from the previous CEO, Jim Atchison, who has since been accused of insider stock market deals. Some investors, including several US government pension funds, sued SeaWorld Entertainment Inc. and some of its executives in September. They accused the company of misleading shareholders about the impact that Blackfish was having on theme park attendance.

Only recently, several former SeaWorld trainers have revealed that drugs were frequently given to orcas held in at least three of the marine park facilities in order to calm them down and to help them survive life in their small tanks.

Find out more about the fate of captive orcas. 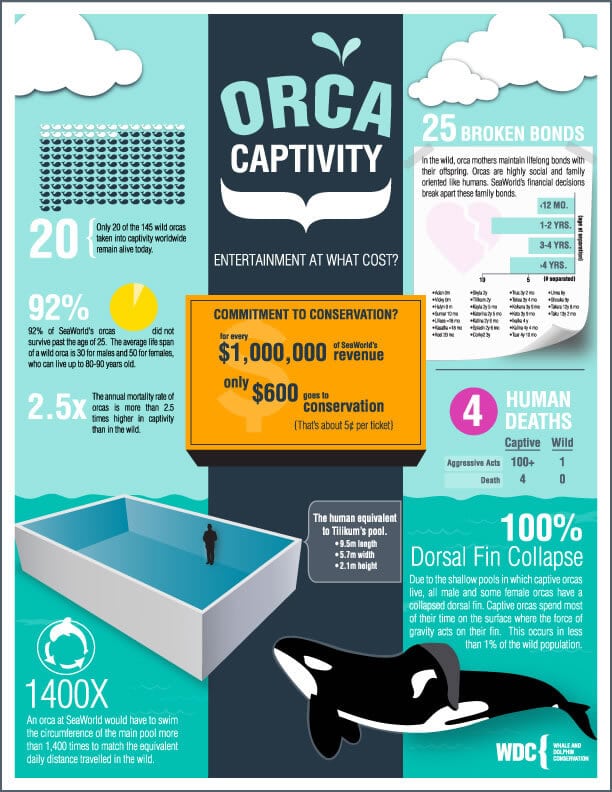 Posted in News and tagged Blackfish, captivity, SeaWorld
Preferences
We use cookies to help give you the best experience on our website and information about how you can support us.
Manage options Manage services Manage vendors Read more about these purposes
View preferences
{title} {title} {title}