It is the end of February here at the end of the world and the signs of summer fading are everywhere. The penguin rookeries are quickly emptying and those chicks still moulting are unlikely to survive so late in the season.

Steam is starting to rise off the ocean as the water temperature cools; slicks of grease ice appear alongside the ship which will soon turn into vast areas of pancake ice as the freezer door slams shut. By September the extent of the winter ice will effectively double the size of the continent.

For the last day we have been sailing along the Ross Ice Shelf – this ice barrier is 50 metres tall, 300 miles long and extends 200 miles up to the Transantarctic Mountains. We are approaching the Bay of Whales, which at 78 degrees South is the most southerly piece of sea you can reach by boat. From here on in we will sail north and east as we head for the Antarctic Peninsula and Argentina. 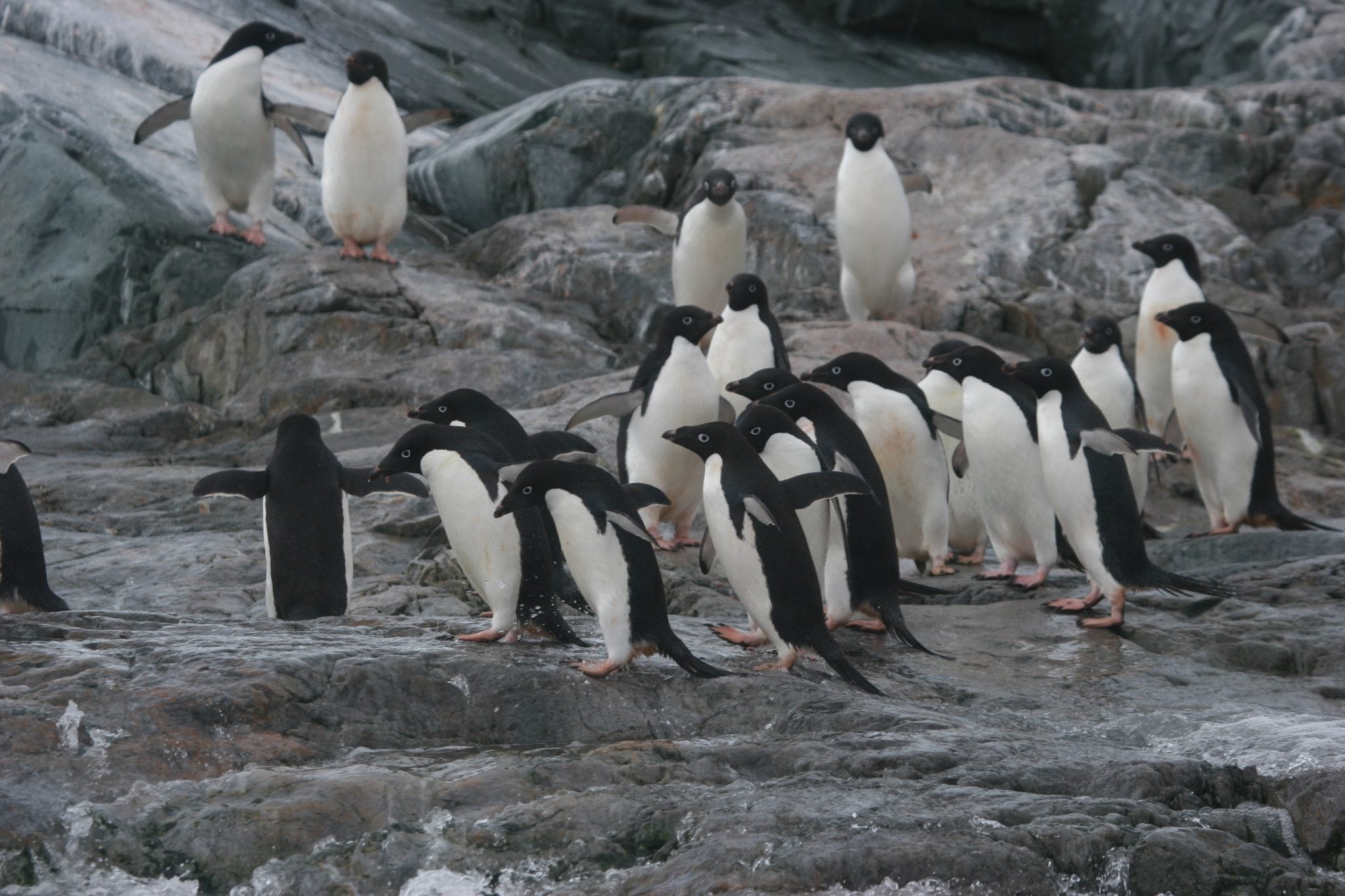 The weather has deteriorated significantly but the hard core adventurers amongst us are offered a zodiac cruise to the face of the Ross Ice Shelf. As I make my way down the gangway to the zodiac I can feel the metal stairway clanking against the ship’s side as the zodiac platform rises and falls over a metre in the ocean swell. I have never felt more out of my comfort zone. I watched as the earlier passengers took a leap of faith and launched themselves on to the zodiacs – some landing upright, others not so lucky as they slid along the floor on their backsides and into position. The wind is howling furiously around us and snow flurries circle overhead as we set off on the two mile journey into the ‘white’.

Antarctica has decided to unleash her full repertoire today as waves of seawater crash over the bow freezing us in seconds.  All our multi-coloured polar jackets are soon caked in sea ice as the zodiac takes on an icy monochrome appearance.  One of the zodiacs has to turn back as the driver develops a small snowdrift behind his glasses causing ‘whiteout’.

Luckily, as we get right up against the Ice Shelf the wind drops and the sea conditions improve as we finally feel brave enough to crack open our backpacks and retrieve our cameras and GoPros. The monolithic Ice Shelf looms high above us revealing hidden caves and recesses along its base though never surrendering its reputation as an impenetrable fortress.

We cruise along the Shelf for just a few hundred metres and our thoughts turn to what effect this ice wall must have had on the explorers of the Heroic Age as it stretched for hundreds of miles along the continent.

Our hour or so in a small, open boat on the Ross Sea gives us just the tiniest hint (but the biggest appreciation) of the endurance and stamina shown by those seafarers over a century ago.

That evening, a little battered and bruised but feeling incredibly elated, we set out for our next stop– the lonely outpost of Peter I Island, 1400 nautical miles away.

Posted in Blogs & Articles and tagged Antarctica, Homes for Whales and Dolphins, Ross Sea
Preferences
We use cookies to help give you the best experience on our website and information about how you can support us.
Manage options Manage services Manage vendors Read more about these purposes
View preferences
{title} {title} {title}