When a Gray whale was spotted off the coast of Israel in 2010 and then three weeks later off the coast of Spain (almost 2,000km away) it set the whale and dolphin community into a spin. Gray whales are considered to be extinct in the north Atlantic Ocean so where had this whale come from and where was it going?

As if the sightings in the Mediterranean in 2010 weren’t enough to set heads scratching, only a few years later, in 2013, researchers photographed another Gray whale off the coast of Namibia, south-western Africa – the first Gray whale ever to have been photographed in the southern Atlantic Ocean. What was going on? Where were these whales coming from and why? New research published today may help to shed some light. 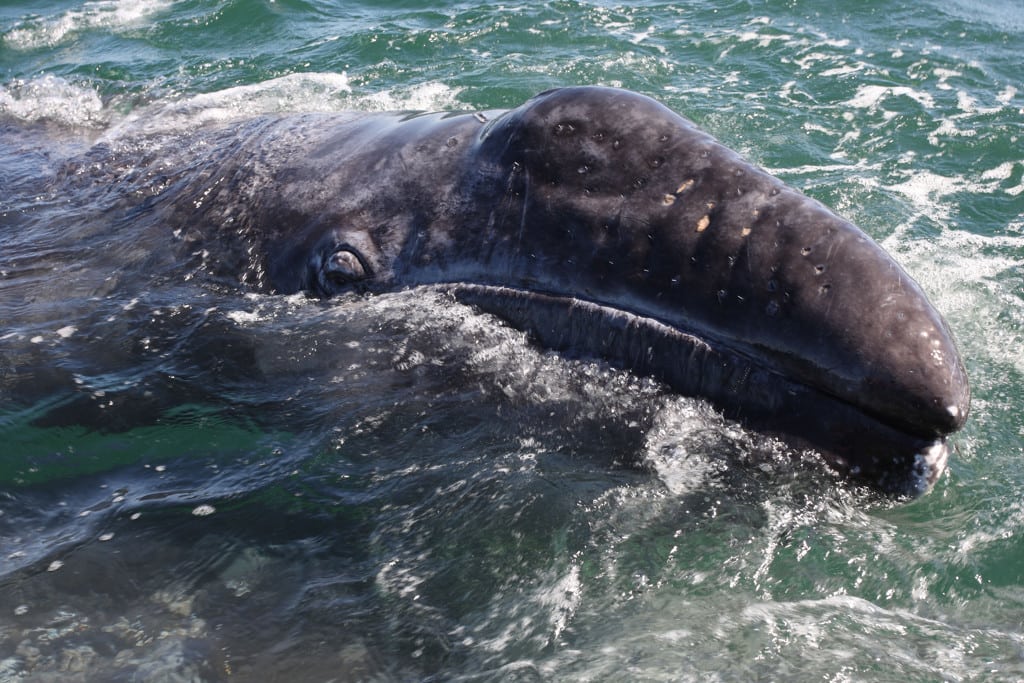 First some background to these mammoth creatures …

Whales belonging to the eastern north Pacific population spend the winters in the warmer waters off Baja where they spend time raising their young and socialising with other whales. As summer approaches they set off on one of the longest migrations known to man, following the west coast of the USA north to the Arctic and colder feeding grounds. They then repeat this same cycle year after year.

With present day global climatic conditions ensuring that the north-west passage (the sea along the northern coast of North America that connects the Pacific and Atlantic Oceans) was free of ice, most scientists agreed that it was likely that both whales seen in the Atlantic Ocean had simply carried on swimming when they got to their northern feeding grounds, travelled through the north-west passage and then down into the Atlantic. Was this the start of a recolonisation by Gray whales into the Atlantic? 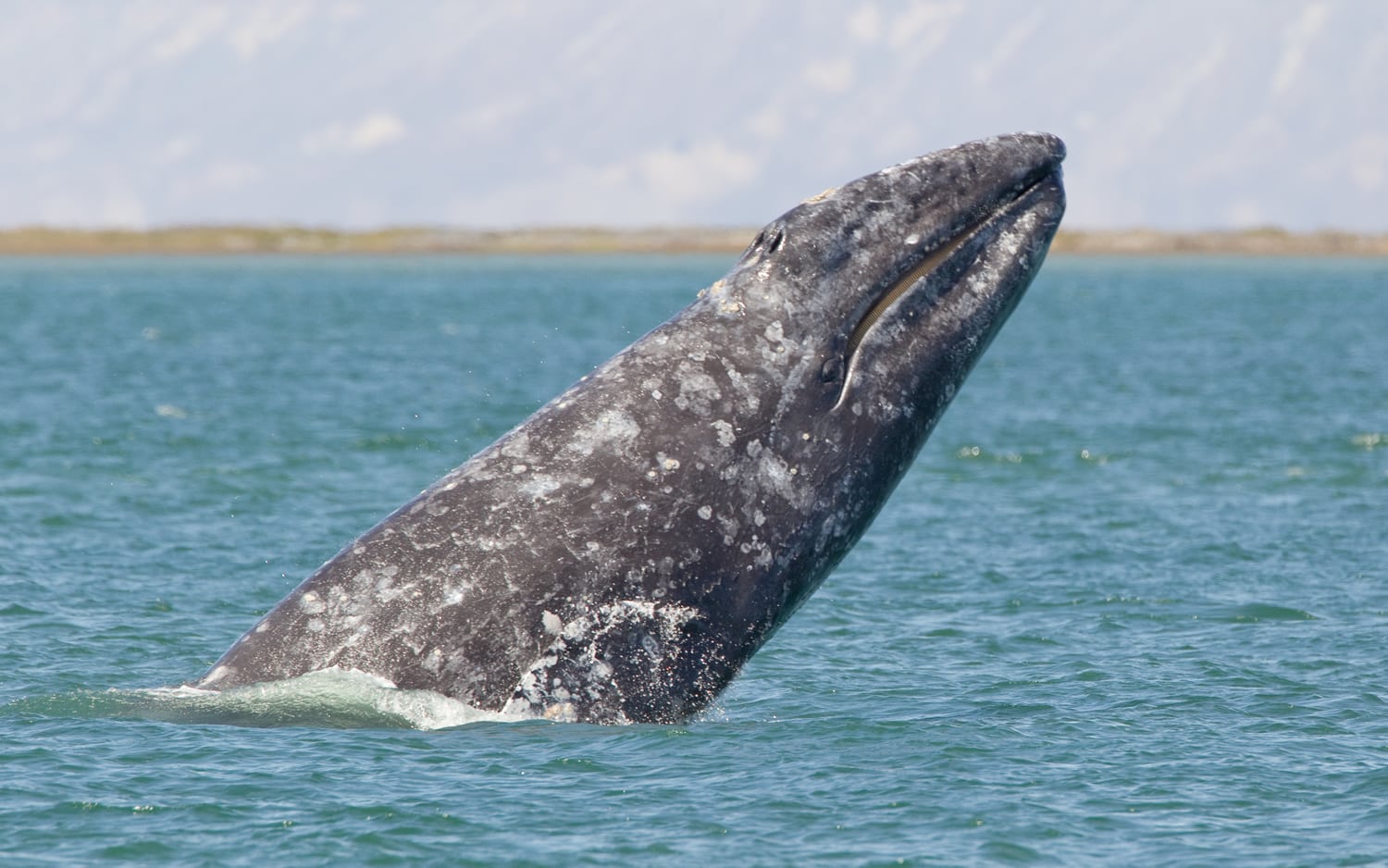 Scientists wanted to find out more and collected as many historical samples from Gray whales as possible to study them in more detail. They soon collected fossils ranging from only a few hundred years old to over 50,000 years old and the information they gave up is yet more food for thought when it comes to the evolution of the Gray whale.

By creating a family tree for the Gray whale they are able to show how the Atlantic and Pacific populations were related to each other. It appears that at different times throughout millennia, when conditions were suitable, i.e. – no pack ice and warmer conditions, Pacific Gray whales used the north-west passage to move between Oceans resulting in the establishment of several distinct Gray whale lineages.

One really interesting finding is that genetically, the Atlantic populations were made up of four different lineages (or branches), all of which are more closely related to different lineages (or branches) in the Pacific population than they are to each other. Put simply this means that each Gray whale colonisation event from the Pacific to the Atlantic resulted in the establishment of an Atlantic population. These survived for millennia only to go extinct, be recolonised, go extinct etc. –  bringing us up to today, a climate wherein the north-west passage is once again open and the route for further colonisation is free for any Gray whale explorer to exploit.

Will this mean a recolonisation of Gray whales in the Atlantic Ocean in the years to come? Who knows … but with the planet warming at a steady rate and the ice in the north-west passage reducing by the year it’s certainly a very real prospect.