‘I’m not going to visit Iceland until the whale hunts stop’ is a common response to hearing about the whale slaughter that takes place every year in the waters around this spectacular country. And it’s a perfectly natural reaction. But just take a moment and think. Shouldn’t we be supporting Iceland’s whale watch industry and growing anti-whaling movement? 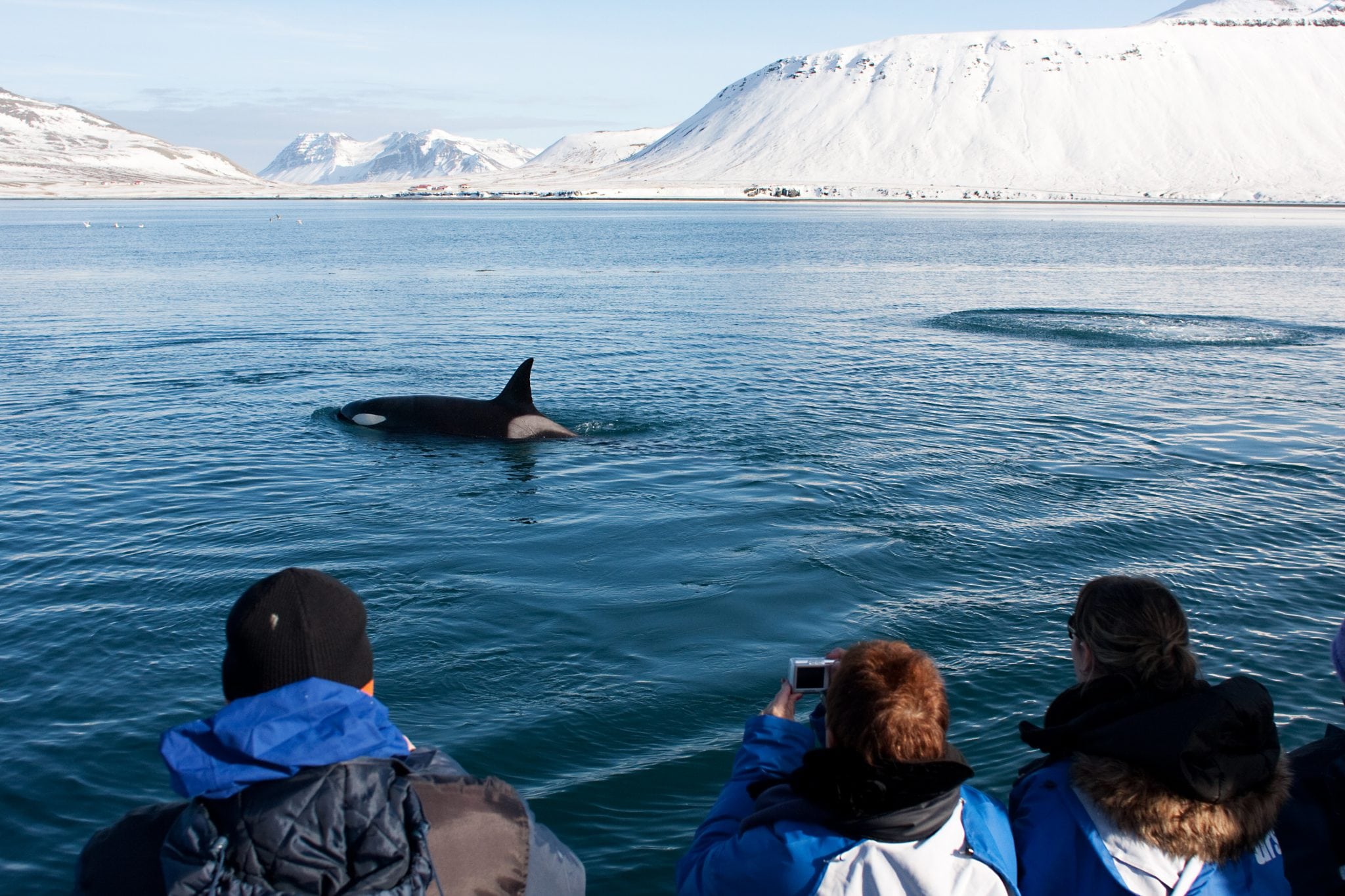 Whaling around Iceland is carried out under the control of just two companies. One hunts minke whales and the other hunts fin whales. Both of them have very strong ties with the pro-whaling government. The fin whaling operation is run by the notorious Kristjan Loftsson who wages annual war on this endangered species in his determination to carry on his father’s whaling business and stick two fingers up at us conservationists. The government allocates his company a kill-quota of 154 fin whales each year, and yet the meat is pretty much all shipped to Japan because there is no market for it in Iceland. It’s the minke whale meat that is sold in Iceland, but only 1.7% of Icelanders regularly eat it.  So, where does it go?  Shamefully, most of it is eaten by tourists – Brits, Germans and Americans who probably wouldn’t dream of eating whale at home (if it was legal!) but who seem to leave their senses at baggage claim on arrival in Iceland.

Almost 55% of Icelanders are either against whaling or undecided on the issue. We certainly shouldn’t base judgements about Iceland on the actions of a few people.  We’ve got a fantastic opportunity to change hearts and minds within Iceland and get whaling higher up the political agenda. If the people of Iceland stand up for whales and say ‘no’ to whaling, then the government will have to listen.

If you are planning a holiday and want to witness some of the most incredible creatures on our planet, there aren’t many better places to go than Iceland. The waters around Iceland are home to more than 20 species of whales and dolphins, and whale watching is worth ten times more to Iceland’s economy than whaling. The stronger the whale watch industry, the more impossible it becomes to justify the economically unviable whaling activity.

After a visit to Iceland last summer, it’s become one of my favourite places on Earth. I’ve got another trip planned this year just so I can see more of it. As well as the whale watching, in a short holiday to this small island you can take in glaciers and lava fields, bathe in geothermal lagoons, watch hot geysers shooting metres into the air and experience the wonder of the Northern Lights. Who wouldn’t want to visit Iceland?

So, let’s support this amazing country and the incredible whales and dolphins who make their homes in the water around it. Let’s celebrate Iceland as a Whale Nation, not a whaling nation.

Posted in Blogs & Articles and tagged Iceland, Whale watching, Whaling
Preferences
We use cookies to help give you the best experience on our website and information about how you can support us.
Manage options Manage services Manage vendors Read more about these purposes
View preferences
{title} {title} {title}