As we head into the Ross Sea and journey past 70 degrees South both the weather and the internet connection become erratic!

These last few days at sea have been truly magical as the Last Ocean slowly reveals her secrets. Along the shore, Adelie penguin rookeries continue to colonise that same prime real estate of ice-free rock where the explorers of the Heroic Age built their huts a century ago.

From our zodiac cruises I have learned to identify the different species of seals – crabeater, Weddell and leopard – that languish on the ice floes here but the rarer Ross seal still remains elusive.  Emperor penguins drift by as if on their daily commute. The Ortelius is positioned just off Cape Washington which in six weeks’ time will see the return of 20,000 pairs of Emperors as they once again begin their breeding season in the harshest winter environment on Earth.

Yesterday was a day that will stick in my memory for a long, long time. As we spent the morning waiting for a window in the weather – our only distraction the occasional minke whale swimming by – the call went up that the wind had dropped sufficiently for us to make an attempt to visit Antarctica’s fabled Dry Valleys. The valleys lie 20 miles inland from the ice edge so we would require helicopters to transport us to the continent’s largest area that is free of ice. It hasn’t rained in the valleys for over 2 million years and this dry, arid landscape’s only visible signs of ‘life’ are the perfectly preserved mummified seal carcasses we find on the valley floor. Carbon dating tests have shown them to be over 2,000 years old.

Astronauts train here as the terrain is the only place on our planet that best replicates the landscapes of the Moon and Mars.

As we fly back to the Ortelius our helicopter ‘buzzes’ the glaciers and mountain ridges that frame this interconnecting dry valley system that stretches as far as the eye can see. As we gain altitude we are soon high over the pack ice once more and spot the ever-present seals and Emperor penguins that mark our way back to the mothership.

At dinner that night we all remark what a humbling experience it was to visit this remote corner of the world – a privilege that only a handful of people have each year.

Later in the evening as we sail towards the Ross Ice Shelf the call goes up from the ship’s Bridge that 20 orcas have been spotted off the bow. The iconic Mount Erebus, its slopes glowing golden in the evening light, provides a fitting backdrop as they pass by.

The next day, as I write this, we pass the International Dateline and sail into ‘yesterday’ – maybe we will have to relive the past 24 hours all over again. Now wouldn’t that be something. 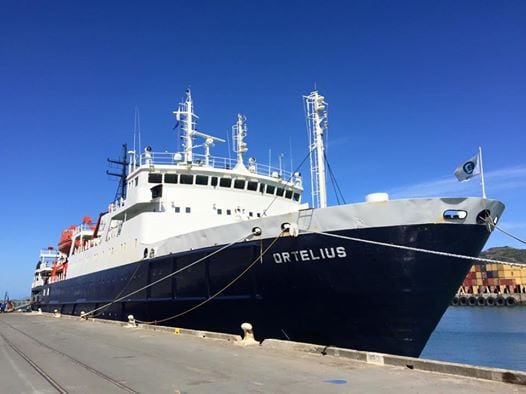 Posted in Blogs & Articles and tagged Antarctica, Ross Sea
Preferences
We use cookies to help give you the best experience on our website and information about how you can support us.
Manage options Manage services Manage vendors Read more about these purposes
View preferences
{title} {title} {title}