WDC’s North American office is located in Plymouth, MA, one of the communities hard hit by this week’s blizzard-hurricane, named Juno.  With nearly three feet (1M) of snow falling within 24 hours and accompanied by hurricane force winds, Massachusetts issued a travel ban to reduce the risk of human casualties and enable the state’s cleaning crews to clear roads. 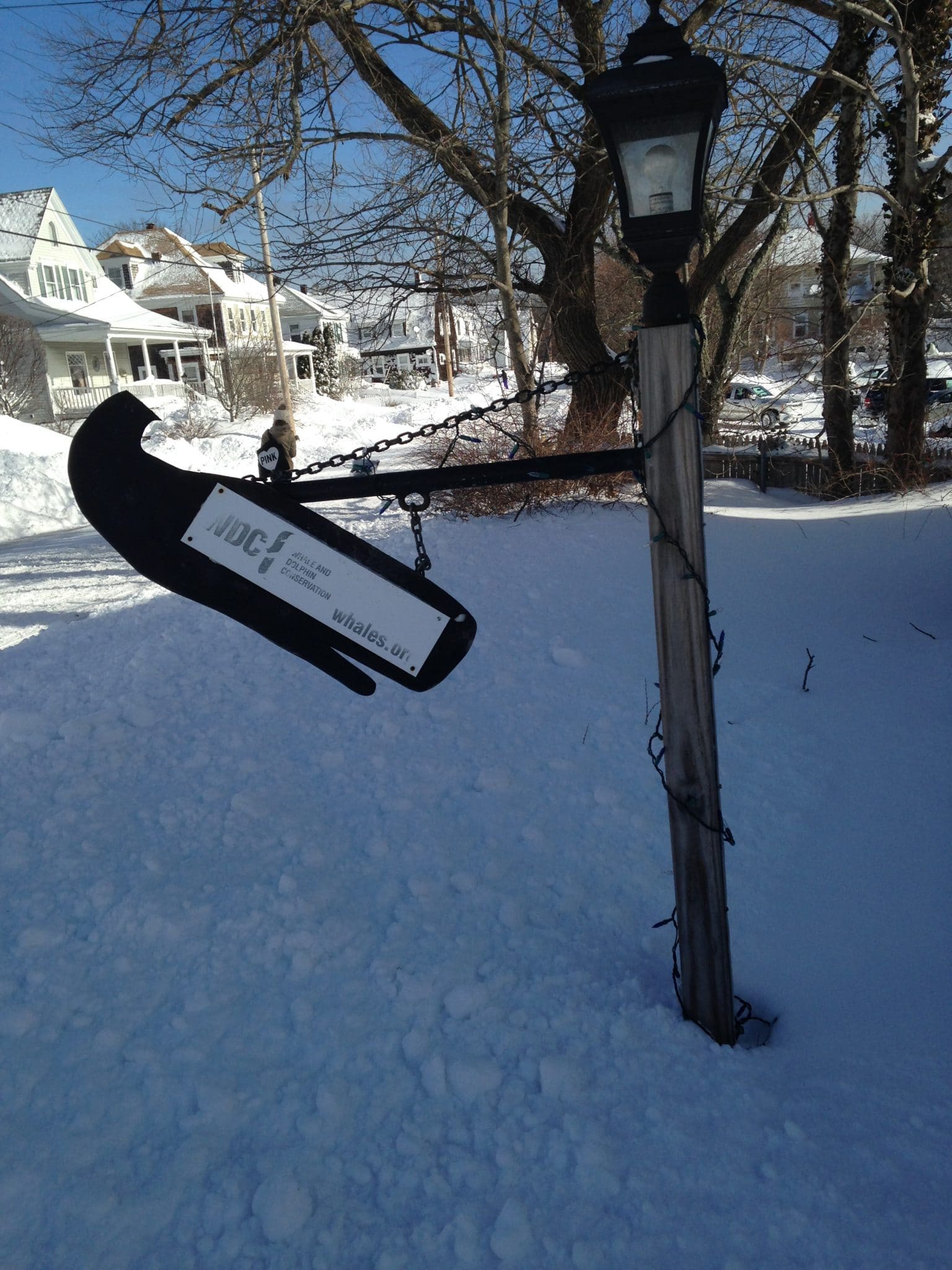 The NA office fared well with only a short power loss, banged up signage, and four foot snow drifts to dig through.  While the office was closed for a couple of days as a result (sorry if you called or emailed during the closure- we will get back to you!), did you ever wonder what the whales were doing during this blizza-cane?

Truth be told, we’re not exactly sure but here are some things to consider.

With two more storms threatening coastal Massachusetts in the coming days, our NA office staff is not relying on sensing pressure changes to react, but is monitoring the forecast closely and remains in storm preparedness mode.  When the wind and waves calm down, we’ll head out to some of our favorite viewing spots to see if our backyard neighbors, critically endangered North Atlantic right whales, ventured back into Cape Cod Bay for their plankton picnic. 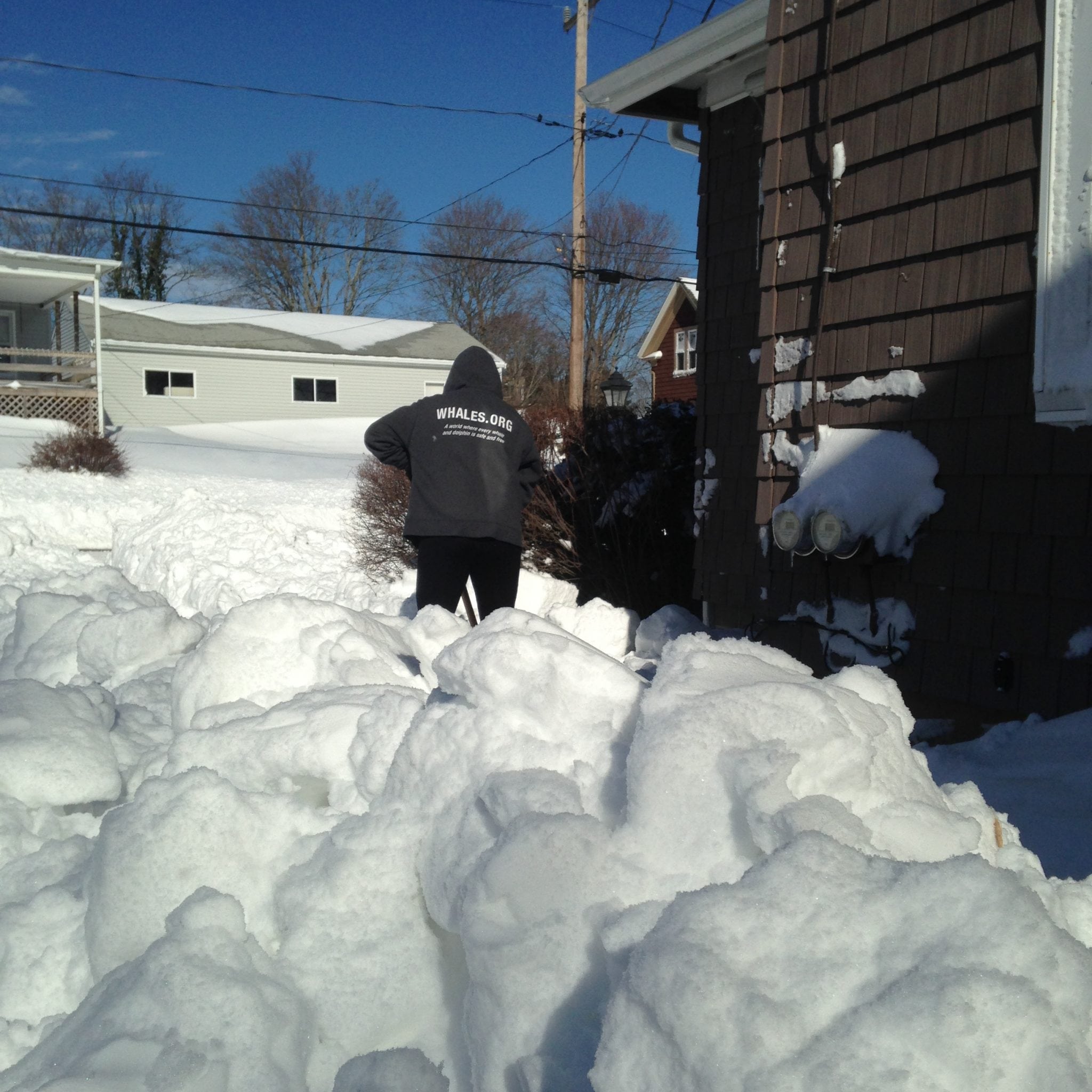