A seriously injured dolphin has been spotted swimming in the waters off Lantau Island, Hong Kong. The individual is thought to have been struck by the propellor of an outboard engine and the resulting injuries are painful even to look at let alone for the dolphin itself. Deep gashes run the length of the dolphin’s body with the tail fluke almost completely severed from the rest of the body. 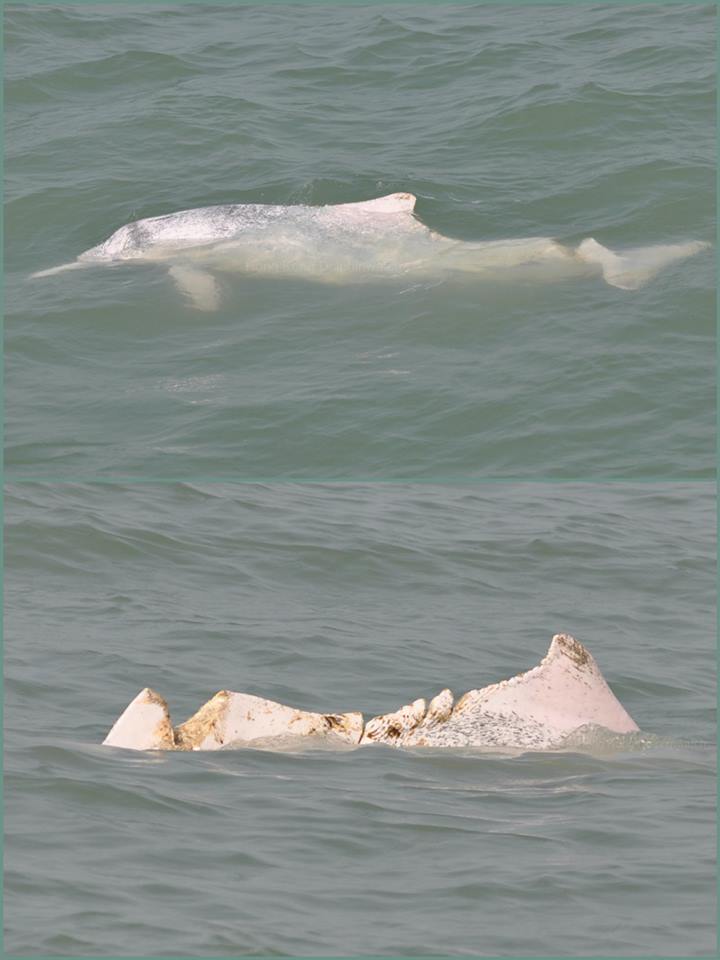 Despite this, researchers who spotted and subsequently assessed the dolphin, say that the individual appears to be coping as it was seen swimming, rolling around and even feeding on fish at the surface.

Although some people may call for human intervention, currently the best course of action would be to leave the dolphin alone, let it deal with its injuries and keep any additional stress to an absolute minimum. Continued monitoring of the situation will be important.

Chinese white dolphins in the waters of Hong Kong face a multitude of threats, possibly more than any other coastal dolphin worldwide and with a figure of around 62 individuals, the loss of even one dolphin could be disastrous for the population.

Posted in Blogs & Articles and tagged Asia, indo-pacific humpback dolphin
Preferences
We use cookies to help give you the best experience on our website and information about how you can support us.
Manage options Manage services Manage vendors Read more about these purposes
View preferences
{title} {title} {title}