Over the course of the past several days, the news of a humpback whale and his ultimately short journey in Haitian waters began to surface and received with great interest by whale researchers and enthusiasts worldwide. However, this interest escalated quickly to concern when the news broke that the whale was in poor condition, had been harassed and harpooned by locals, and eventually stranded and died. 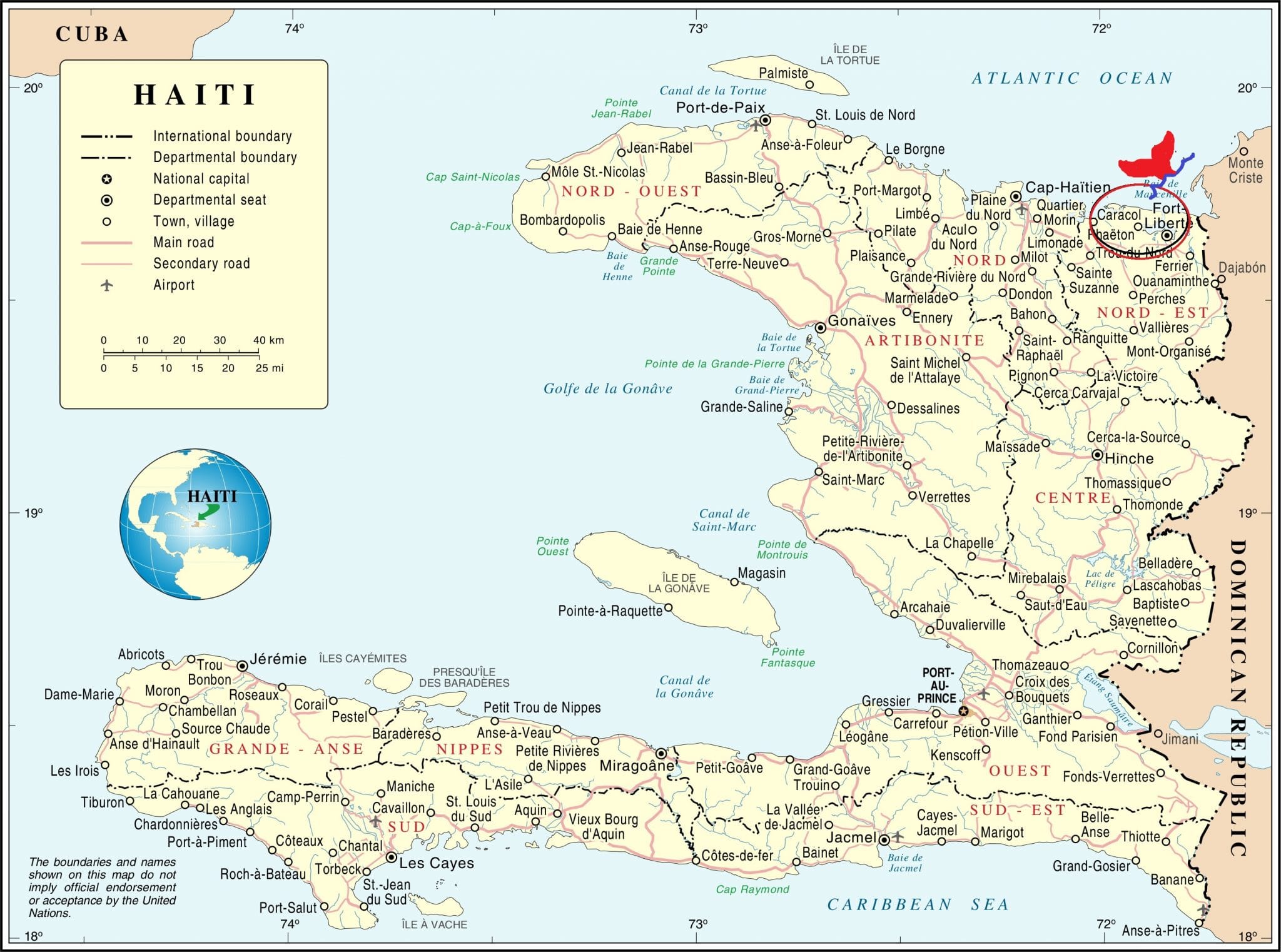 Reports of a whale lingering in the shallow Fort Liberté Bay surfaced on Saturday, January 10th, although other accounts suggest the whale may have been in the area for several days prior. This bay on Haiti’s northern coast has a narrow entrance to the Atlantic Ocean, which may have resulted in the whale becoming disoriented or sequestered in the area and unable to find his way out. During his time in the bay, he was reportedly harassed and eventually harpooned by local fishermen, potentially out of fear or as an opportunistic and unfamiliar food source.

The injured and exhausted whale eventually did find his way out and subsequently stranded approximately 27 kilometers (17 miles) west of Fort Liberté off the coast of the small fishing village of Caracol. There, through the intervention of FoProBim (Fondation pour la Protection de la Biodiversité Marine), a conservation organization operating in Haiti, authorities attempted to halt any further injury or destruction of the whale, and coordinated efforts to push the whale back to sea with the rising tides. However, the whale—injured and already in compromised health—died just hours later and did not make it through Saturday evening.

We have few details about the whale, and even fewer details about the circumstances that brought him to the northern coast of Haiti. Images shared with WDC indicate that the whale was already in poor condition prior to entering the bay. The whale was grayish in color, appeared thin, and had a significant infestation of cyamids (whale lice)–all signs that the whale’s health was compromised. What we do know is that humpback whale appeared to be a juvenile male that has not been identified as a known individual in the North Atlantic or Gulf of Maine humpback whale catalogs. Understanding that the whale may have been ill also raises concerns for human health had the locals attempted to consume the meat after his demise.

We also know very little about the reception of the whale in Fort Liberté, one of the oldest cities in the country and located close to Haiti’s border with the Dominican Republic. Fort Liberte Bay is relatively narrow and shallow, and it is quite possible that the whale was disoriented and stuck within the bay where he was met by locals who were unfamiliar with such a large animal. The injured whale may have been received similarly in Caracol, the small fishing village even further west of the border where the whale finally stranded and died.

Through the coordination of FoProBim representatives in Caracol and with the cooperation of the Ministry of Environment in Haiti, the carcass was buried. The bones will eventually be retrieved for educational and scientific purposes so as not to encourage the illegal targeting of whales for food.

Despite Haiti’s close proximity to Hispaniola, where thousands of North Atlantic humpbacks winter in the warmer waters of the Dominican Republic each winter, marine mammals are relatively unstudied and unknown in Haitian waters. Whales and dolphins may be legally protected from capture and harm under Haiti’s fisheries laws, but they are uncommon in Haitian culture or daily life.

Newborn humpbacks often take their first breath in the safe haven of the Sanctuario de Mamiferos Marinos de la Republica Dominicana, a humpback whale sanctuary off the northern coast of the Dominican Republic. Established in 1986, this Sanctuary serves as a stronghold for the species, and protects an important primary migratory corridor for these magnificent creatures. The rest of the year, these whales migrate to colder, fish-rich waters of the North Atlantic between New England, Canada, Iceland and Greenland.

Although this story of a whale in Haiti had an unfortunate ending, it is reflective of a greater need to raise global awareness to the value and importance of protecting marine mammals and other marine resources. It is crucial to remember that Haiti remains a country that is struggling under the burdens of socioeconomic, environmental and political sufferings. But it is also important to note that there are other, more hopeful, stories about whales and their emerging relationships with local communities in Haiti.

WDC’s interest and involvement with Haiti started from a vision inspired by Ms. Jamie Aquino, an educator in Florida. Motivated by both the Haitian community and marine environment that surrounded her, she first collaborated with WDC to develop an outreach program to connect her students with youth in Haiti. With a focus on supporting local communities within Haiti and the marine environment, Jamie launched the Pier2Pier project in 2007 which has now grown into the Haiti Ocean Project. 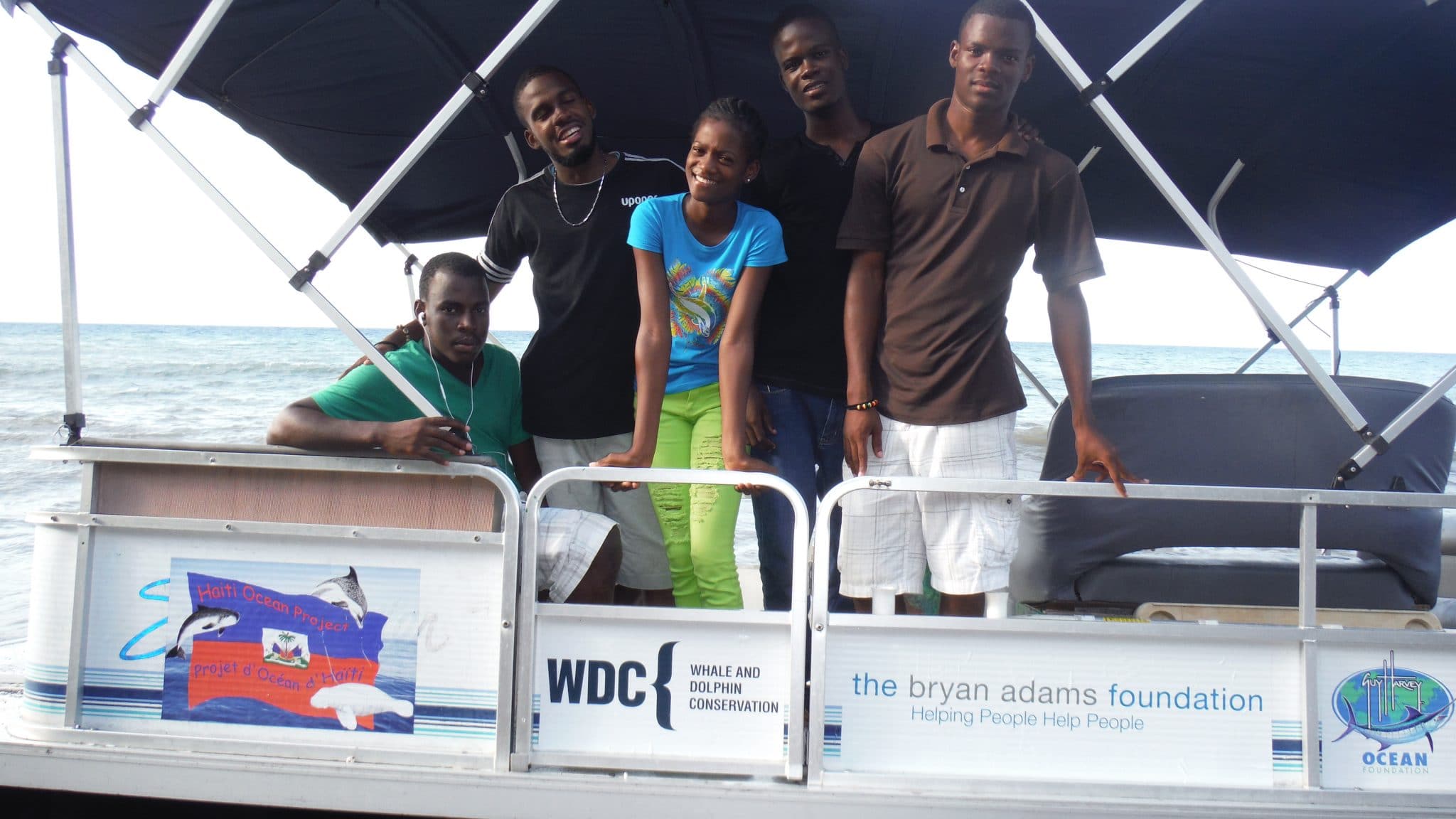 This project has grown into a coalition that represents over seven years of exploratory and collaborative work between educators, marine mammal specialists, non-profit organizations, and members of the Haitian community. The collective interested in the protection of Haiti’s marine environment and development of economic and educational opportunities both promotes Haiti’s natural beauty and provides alternative incomes to local communities.

In working with the local fishermen and youth in places like Petite Riviere de Nippes and Petit Goave, there is a growing and inspired appreciation of whales, dolphins and other marine creatures such as sea turtles and sharks. The result is a change from fear of these creatures to one of growing fascination. Through outreach, children in these villages now conduct beach cleans and fishermen have been known to release sea turtles from their nets.

In light of this recent and most unfortunate incident with a whale in Haiti, it naturally turns our focus towards identifying possible solutions and outcomes that might result from this challenging event. Haiti can benefit from focused attention on cross-border collaboration with authorities, organizations and whale researchers both in the Dominican Republic, and worldwide. The Dominican Republic harbors useful models in protecting both whales and their habitat, while developing an economy based tourism centered upon the appreciation and protection of whales, dolphins, and the marine environment.

The Haiti Ocean Project and its partners, including WDC, have laid the foundation for a marine mammal sanctuary in Haiti, and have presented this concept to government authorities. Indeed, these discussions may now be timelier than ever. With the involvement of local communities and the assistance of worldwide collaborators, including experts from the Dominican Republic, this concept can become a reality.

We hope that the tale of this whale in Haiti, and the legacy it leaves behind becomes one of optimism and hope—hope for an increased awareness of the importance of protecting whales and for the people of Haiti to benefit from protecting their magnificent natural resources. 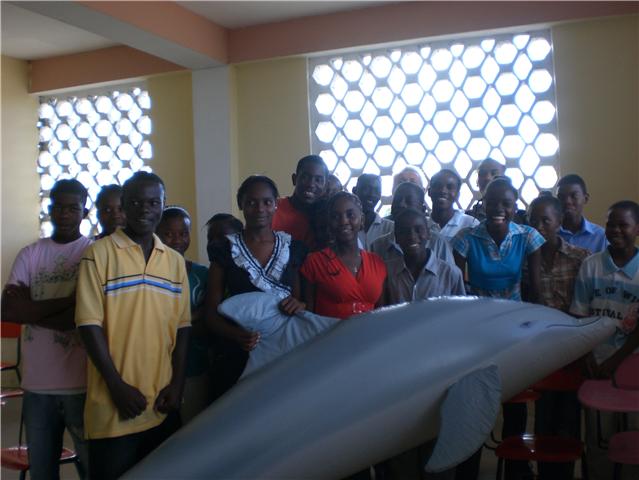