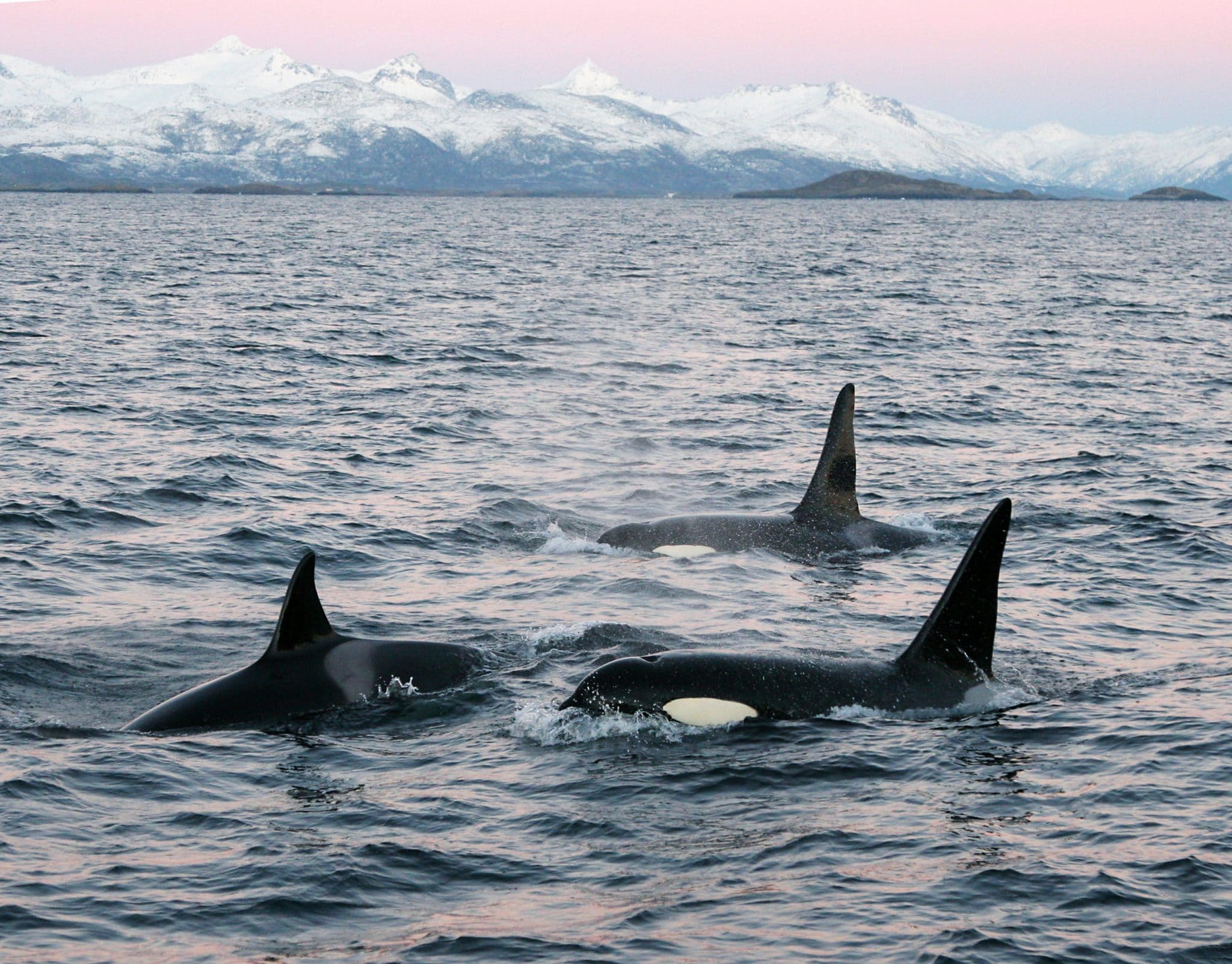 I have the pleasure of introducing another guest blog from long-term WDC supporter and volunteer speaker, Clare McEnally. Clare’s relationship with WDC began 16 years ago when she went dolphin watching with her family in Scotland. Clare currently lives in Norway and is studying the Norwegian language with the longer term aim of studying for a masters in marine biology; specialising in the spectacular cetacean life in Norway.

This year’s whale watching season in Norway has got off to an incredible start and is already shaping up to be one to remember. Some stunning photos and videos have been emerging, especially from Kvaløya, the aptly named ‘Whale Island’, in the north of the country. This area is well known for its outstanding natural beauty ­- snowy mountains rising out of deep blue fjords – but it is the marine life that is really stealing the show at the moment.

Take just a couple of minutes out of your day to watch this stunning footage of the action. Just when you think a majestic pod of Norwegian orcas was enough, huge shapes emerge from the deep and several humpback whales come up to breathe…

An abundance of fish

The reason for this sudden explosion of whales becomes clear: fish – and lots of it!

Orcas demonstrate some incredible and unique hunting techniques. Working together as a team, they herd herring into tighter and tighter balls, using the surface of the water and the steep shelves of the fjord to trap them together. Every orca plays a part, and every pod member takes a turn to feed. Small calves closely mirror their mother’s moves, honing the herring catching skills that will become so important to them in later life. Marine biologists have commented that they have rarely seen such intelligent and sophisticated feeding methods.

And then comes the even cleverer part – humpback whales! Lurking in the background, they wait for the opportunity to take advantage of the orca’s hard work, lurching forward and swallowing tonnes of fish in one huge gulp. They have been dubbed “Norway’s opportunistic fish thieves” and it is clear why!

It is quite unusual to see humpback whales in Norway at this time of year; they would usually have migrated to the Caribbean in the winter in order to mate and give birth to young. But marine biologists have speculated that these humpbacks are young males; and have decided to take advantage of the unique and spectacular feeding opportunities in the fjords. Instead of undertaking the long journey to the Caribbean, where they would in all likelihood miss out on breeding to older and bigger males, it makes better sense to fatten up all winter instead!

Images of the orcas and humpbacks feeding have been spreading across Norwegian news channels and social media, with a new home video or photo emerging most weeks. One such video, of fisherman getting a close call from six feeding humpbacks, made it as far as news channels in Britain and the US.

“Stealing all the fish”

In a country which still hunts minke whales, these images and the emotions they ignite can surely be nothing but positive.

But conversely, don’t images of huge whales gobbling up giant balls of fish support that popular pro-whaling propaganda that persists in trumpeting the message that whales “steal all the fish” and “need to be managed to preserve fish stocks”?

There is some good news here. In a recent report by photo-journalist and WDC supporter, Hans- Peter Roth, who was lucky enough to experience these Norwegian giants first-hand, many fishermen have reported that they do not view the whales as competition. Roth reports that one local fisherman states “we love to see the whales, they are majestic creatures. There is enough for all of us up here. And besides, they mainly catch herring, and we are after the cod”.

These kinds of comments are encouraging, and support the decades of research by Canadian researchers that marine mammals target different species of fish than humans and in completely different areas. When we also take into account the very important role that whales play in our ocean ecosystem (even helping to produce the air that we breathe!) it is clear that these animals are worth far more alive than dead.

These photos and videos have shown that with the power of social media, and the quality of videos that can now be taken from just a smartphone, more and more Norwegians are beginning to realise afresh the incredible nature that they have on their doorstep. With the whale hunting season behind us, at least for another year, perhaps now is it the time to celebrate the beauty and the diversity that is the whales and dolphins of Norway.

Posted in Blogs & Articles and tagged Humpback whale, Norway, Orca, Whale watching
Preferences
We use cookies to help give you the best experience on our website and information about how you can support us.
Manage options Manage services Manage vendors Read more about these purposes
View preferences
{title} {title} {title}