Multi-millionaire fin whaler, Kristjan Loftsson, just got richer. According to a recently-published annual report for the year to September 2013, his fin whaling company, Hvalur Ltd., made a good profit last year, with almost a billion ISK (986 million ISK, around £5.1 million) paid out in dividends to shareholders. 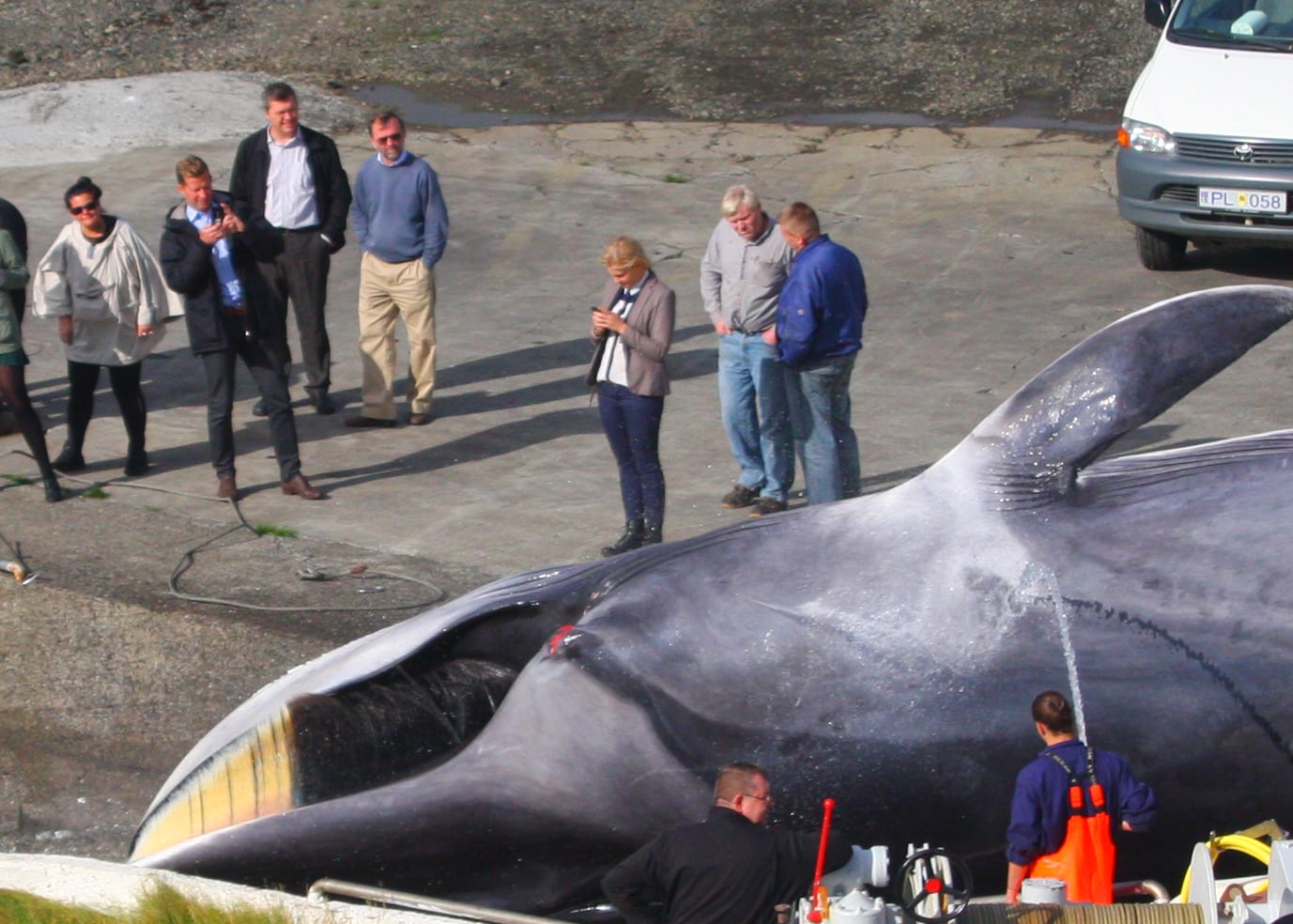 However, despite killing a record 137 endangered fin whales this year (Loftsson is the man in the blue jumper admiring another dead fin whale being hauled up the slipway), and 134 in 2013, this bounty doesn’t come from whaling. In fact, Loftsson’s whaling is a lame duck, as unprofitable as it is cruel and unnecessary, continuing only thanks to subsidy from other assets in the Hvalur portfolio.

As it happens, and fortunately for Loftsson’s bank balance, Hvalur is one of the largest investment companies in Iceland. By far its largest single asset is Hvalur’s share in seafood giant, HB Grandi, via holding company, Vogun; and just to further cement the bond, Kristjan Loftsson is also HB Grandi Chair. Hvalur also holds shares in other successful Icelandic companies, Hampidjan, which makes fishing gear, and IT firm, Nyherji, again via Vogun (see our recent joint report, Slayed in Iceland, for more details).

Year after year, most of Hvalur’s income has come from share profits from HB Grandi and Hampidjan in particular and Hvalur’s 110 shareholders will certainly have celebrated, not least Kristjan Loftsson and his sister, Birna Loftsdottir, who between them own the lion’s share.

However, things are not as rosy for Loftsson as they might appear. His ‘hobby whaling’ is almost wholly dependent on being bankrolled by profits from his other business interests and a warning was sounded in August 2014, when half-yearly figures for HB Grandi revealed that profits had fallen 34.5% compared to the same period in 2013.

HB Grandi exports its seafood to the UK and other markets across the world and we are working with other NGOs to publicise the company’s strong links with fin whaling as part of our campaign to end commercial whaling in Iceland.

The bottom line is this: HB Grandi profits allow Loftsson to carry on whaling. Check out our 2014 audit of major retailers to be sure that your favourite supermarket or seafood brand is not supporting one man’s deadly ‘hobby’.

Posted in Blogs & Articles and tagged Commercial whaling, Fin whale, Iceland, Whaling
Preferences
We use cookies to help give you the best experience on our website and information about how you can support us.
Manage options Manage services Manage vendors Read more about these purposes
View preferences
{title} {title} {title}