According to reports from Iceland, the country’s latest fin whale season has ended with 137 fin whales dead, up from 134 last year. The hunting of minke whales will continue for a few more weeks although whalers have complained that bad weather has impeded the minke whale hunt this year.

Earlier this month, a demarche (high level diplomatic protest) against Iceland’s whaling was delivered by EU countries as well as US, New Zealand, Australia, Brazil and Israel, provoking a storm of defensive rhetoric from Iceland.

Since 2008, more than 5,540 tonnes of fin whale meat has been exported.  Iceland refuses to recognise the global ban on commercial whaling which came into force in 1986 and resumed commercial whaling in 2006.  It is likely that almost all the fin whale meat from the 2014 hunt is destined for Japan, despite a ban on international trade in fin whales under the Convention on International Trade in Endangered Species of Wild Fauna and Flora (CITES).

Much of the minke whale meat on sale in Iceland is eaten by curious tourists rather than locals in the mistaken belief that whale meat is just another ‘traditional’ Icelandic dish. Instead, they are helping to keep this cruel industry alive.  WDC has helped to expose strong and ongoing links between fin whaling and Icelandic seafood giant, HB Grandi, which sells its products in Europe, the US and elsewhere. Recently too, WDC helped exposed the use of fin whale oil as fuel for the whaling vessels and the sale of fin whale jerky ‘dog treats’ in Japan. 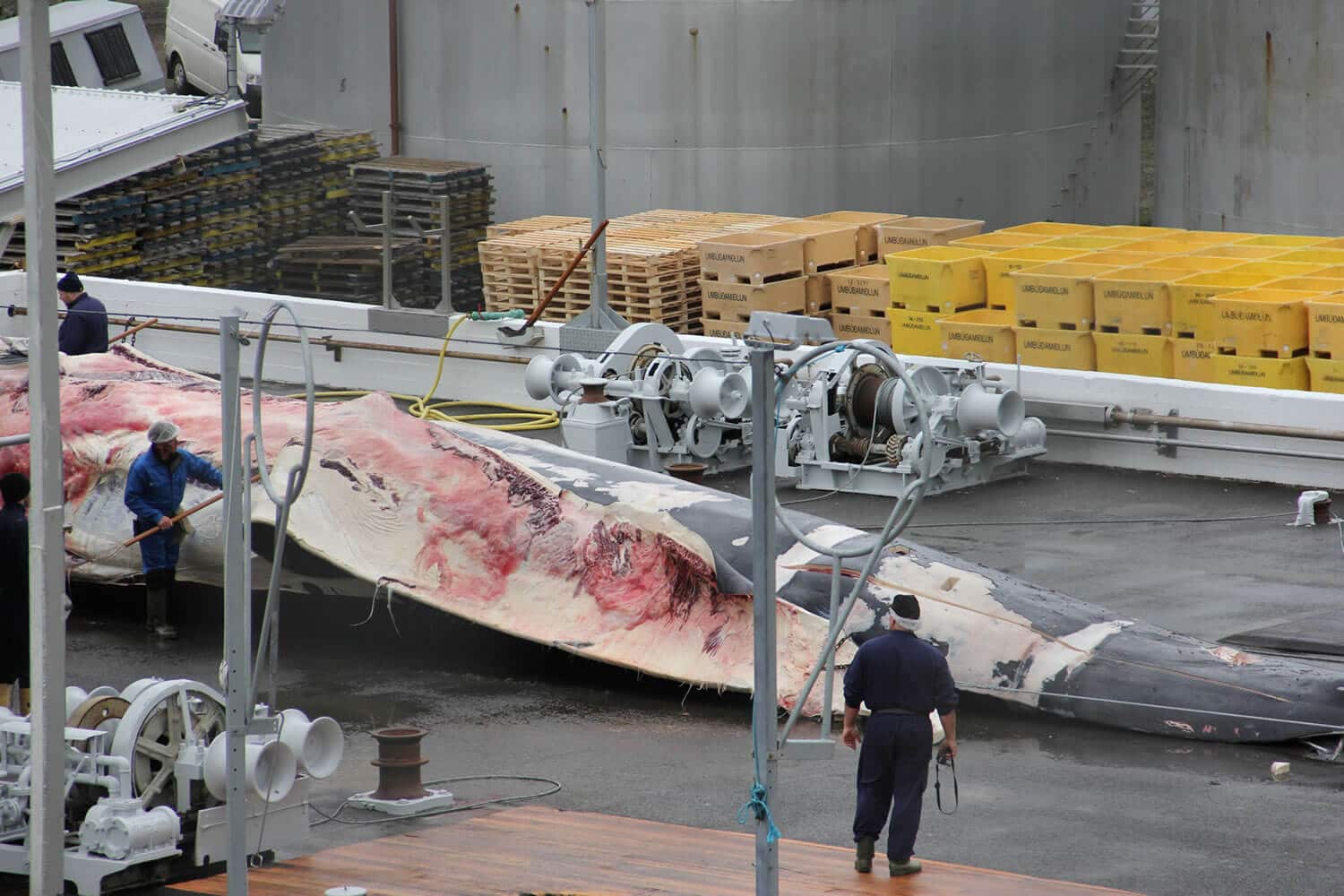 Posted in News and tagged Iceland, Whaling
Preferences
We use cookies to help give you the best experience on our website and information about how you can support us.
Manage options Manage services Manage vendors Read more about these purposes
View preferences
{title} {title} {title}