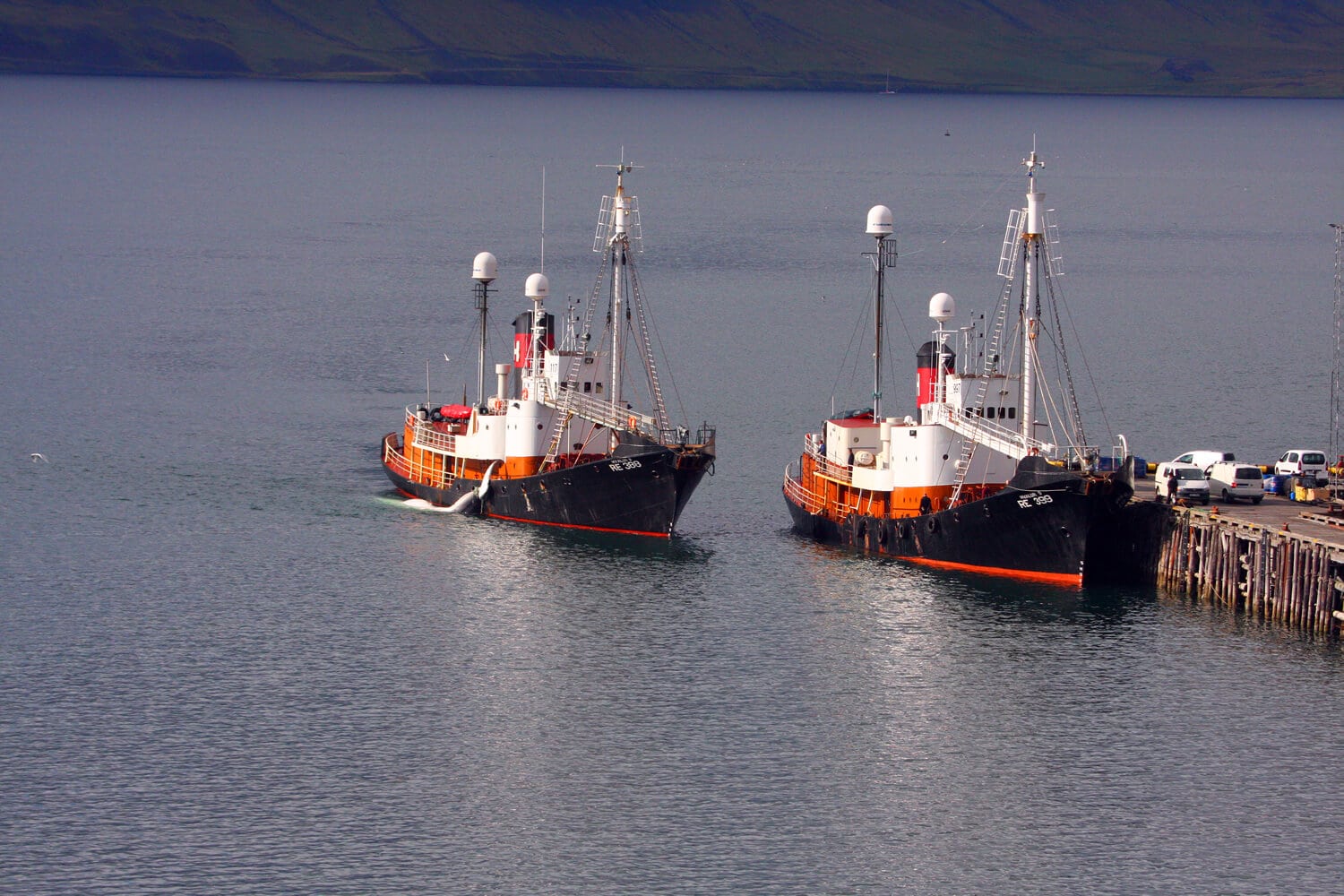 Slayed in Iceland: The commercial hunting and international trade in endangered fin whales has been jointly released by the Environmental Investigation Agency (EIA), Animal Welfare Institute (AWI) and Whale and Dolphin Conservation (WDC) on the eve of the 65th meeting of the International Whaling Commission (IWC) in Portorož, Slovenia.

Iceland’s fin whale hunt revolves around Kristján Loftsson, a multi-millionaire and the Executive Director of Hvalur hf. In his bid to create a viable market for fin whale products inJapan, he has used the resources of another company for which he serves as Chair of the Board – Icelandic fishing giant HB Grandi.

The report exposes the sheer scale of the hunt and overseas trade, as well as the financial and logistical links between the whalers and some of Iceland’s largest companies. It includes recommended actions for governments and corporations to take to ensure that they are not supporting Hvalur’s whaling activities.

Fin whales – the second largest creature on the planet, after blue whales – were for decades the target of industrial-scale commercial whaling, an unbridled slaughter curtailed in 1986 by the IWC moratorium on commercial whaling. Almost three decades later, fin whales remain endangered.

Iceland’s fin exports to date are worth an estimated US$50 million and clearly undermine both the IWC moratorium and the ban on international commercial trade in fin whale products imposed by the Convention on International Trade in Endangered Species (CITES).

EIA Senior Campaigner Clare Perry said: “Since 2006, Hvalur has killed more than 500 fin whales, purely to cash in on a limited demand inJapan. It has exported more than 5,000 tonnes of fin whale products toJapan, including a record single shipment of 2,071 tonnes in 2014.

“This ongoing and escalating slaughter is not only a contemptuous slap in the face to international efforts to conserve whales, it’s a spreading bloodstain onIceland’s international credibility and it needs to end now.”

AWI Executive Director Susan Millward said: “Iceland’s Hvalur company continues to whale with impunity and has managed to ship whale products toJapanvia countries that have strong anti-whaling laws, such as theUnited States. Governments must work to ensure that their ports are permanently closed to the transit of whale products from protected species.”

And WDC Chief Executive Officer Chris Butler-Stroud said: “Efforts by HB Grandi to distance itself from fin whaling activities are revealed as mere smoke and mirrors –our report demonstrates that the company remains hand-in-glove with the fin whalers.

“Given that a recent poll suggests massive public opposition to the notion of purchasing seafood linked with whaling, we hope that our report, combined with falling profits, persuades HB Grandi and companies purchasing from it to urgently re-examine their position.”

Slayed in Iceland strongly urges the IWC, governments and businesses dealing with Icelandic companies linked to whaling to take action to compelIceland to cease commercial whaling and trade.

Interviews, images and footage are available upon request; please contact:

2. HB Grandi isIceland’s largest fishing and seafood export company, controlling nearly 12 per cent of the country’s fishing quotas. In light of HB Grandi’s role in promoting Icelandic whaling, non-governmental organisations have been working with fish wholesalers and retailers to ensure they are not sourcing fish from HB Grandi

3. The Environmental Investigation Agency (EIA) is a UK- and Washington DC-based Non-Governmental Organisation that investigates and campaigns against a wide range of environmental crimes, including illegal wildlife trade, illegal logging, hazardous waste, and trade in climate and ozone-altering chemicals. www.eia-international.org

4. The Animal Welfare Institute is a non-profit charitable organisation founded in 1951 and dedicated to reducing animal suffering caused by people. AWI engages policymakers, scientists, industry and the public to achieve better treatment of animals everywhere – in the laboratory, on the farm, in commerce, at home and in the wild. www.awionline.org

5. Whale and Dolphin Conservation (WDC) is the leading global charity dedicated to the conservation and protection of whales and dolphins, defending them against the many threats they face through campaigns, lobbying, advising governments, conservation projects, field research and rescue. Its vision is a world where every whale and dolphin is safe and free. www.whales.org.